Of the three triathlon disciplines, the swim is the one that usually gives first-timers (and experienced triathletes) most of their pre-race anxiety. It is a massive barrier to entry for many in the sport, but with some proper preparation, it doesn’t need to be.

If you’ve never ridden your bike or run competitively, it’s not a big issue. You still know how to do those things, and that’s all that is required to do a triathlon. But, swimming is a bit different. There’s a much bigger disparity between knowing how to swim (staying afloat) and doing it with any sort of forward movement. Adding in the open water element can make things downright terrifying.

With the swim being such a common concern among athletes, Ironman came out with a SwimSmart initiative in 2013 with the goal of “improving athlete satisfaction and reducing anxiety during the swim portion of the race.”

Taking some of their suggestions into account, we’ve outlined five things you can do to erase those pre-race swim nerves and tackle your first triathlon with confidence.

1. Find a coach or swim instructor

The first step to developing a level of comfort with the water is simply getting in. Setting a schedule and getting yourself to the pool consistently is great, but, especially for non-swimmers, that’s not going to do a whole lot of good if you have no idea what you’re doing.

Going a step further and signing up for adult lessons, consulting with a coach or joining a masters group will speed up your progress immeasurably. You don’t need to overdo things, just find someone who can either teach or improve on your freestyle technique and build from there.

2. Slowly up the distance 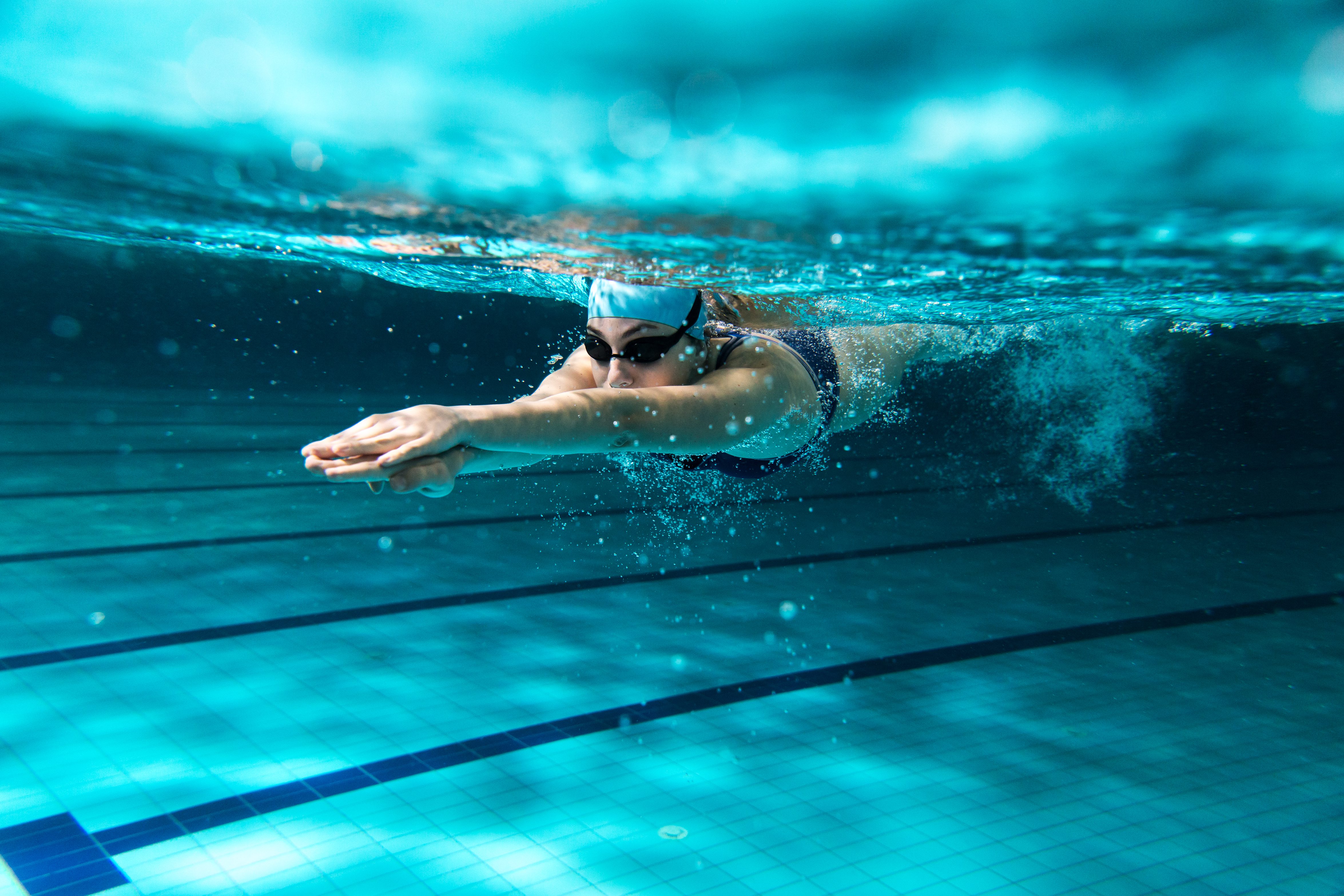 As you get more and more comfortable in the water, the next step is increasing your distance — both in total for each workout and in your repeats.

If your goal is to do a standard-distance race with a 750 m swim, work up to doing an 800 without stopping. Eventually, you can time yourself for these repeats and work towards improving.

Another tip, which is maybe even more important than focusing on your overall time, is trying to negative split. Negative splitting means going faster on the second half of your repeat than the first. For example, if you open your first 400 in seven minutes, try and break 14 minutes for the full 800. By doing this, you’ll build up your endurance while also learning how to pace yourself.

One thing to avoid: having your first open water swim be done in the race. Once you’ve gained some confidence in the pool, it’s time to get out in the lake (or ocean, river, etc.) and practice.

Now, don’t just go and swim off into the middle of the lake on your own. Preferably go with a partner or group, and if there are boats around, it’s ideal to have some sort of watercraft alongside you for protection. Once a certain level of self-assurance has been achieved and you’re considering going it alone, you can look at getting a personal buoy to wear that will keep you visible. Ideally, when using this you stay close to shore and only go when the water isn’t busy. 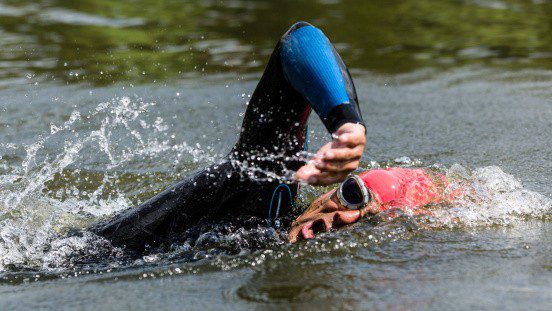 One big difference you’ll notice compared to swimming in the pool is that you’ll feel a little extra tense out in the open water. This feeling gets magnified at the start of a race. So, when practising, focus on your breathing and relax as much as possible.

This also goes back to the negative split idea — try and slowly pick up the pace as you go rather than going too hard off the start. If you hit the gas a little too excessively at the beginning, you’ll find yourself out of breath quickly, and halfway through the swim, you’ll be zapped of energy from the adrenaline dump. The rest of the day won’t be fun.

Unlike the bike, the equipment needed for the swim isn’t complicated, so don’t overthink it. You need goggles and a suit, that’s it. The race will provide you with a cap.

The most important thing when it comes to equipment (for any of the three disciplines) is making sure you’ve used the items before race day. There’s nothing worse than having leaky goggles, so test them out well in advance to ensure they fit securely. 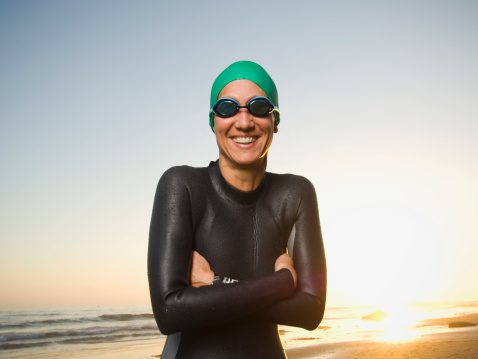 The same goes for a wetsuit. While you certainly don’t need to think about getting a wetsuit until you’ve started racing consistently, if and when you do get one, make sure you’ve tested it out multiple times before race day. If you don’t, it will be a nightmare to get on, your arms will probably be shot after two minutes, and then your transition time will multiply when trying to get it off.

5. Get familiar with the course

Now that you’re all prepped and ready to tackle your first open water swim, it’s time to familiarize yourself with the course you’ll be taking on.

If it’s a local event, it’s a great idea to scout the race site well in advance and get some swims in so you’ll know what kind of conditions to expect on race day.

If you’re travelling for the event, whether you get there a day early or the morning of the race, be sure to get in and swim some of the course. Figure out your route, which side of the buoys to stay on, and decide on a few landmarks that will keep you going in the right direction so you don’t veer off and swim an extra 200 metres.