Over 3,000 athletes will race at the second annual Ironman 70.3 Indian Wells-La Quinta on Dec.8, the final race of the 2019 North American circuit. 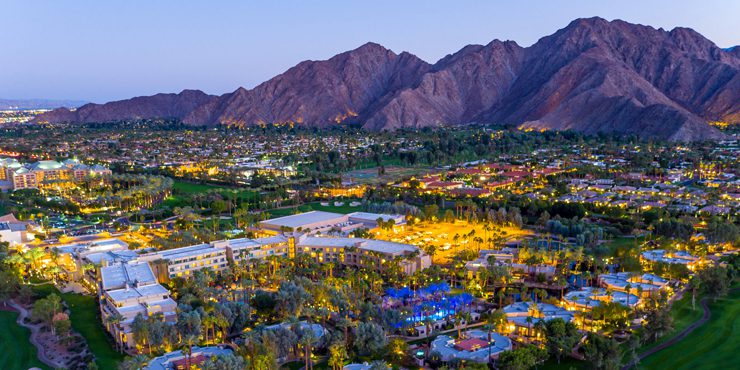 The race offers a flat, fast course, with a single-loop 1.9 km swim in Lake Cahuilla, and a new 90 km bike course that heads through the City of La Quinta before finishing towards the Indian Wells Tennis Garden, and then a two-loop half marathon that goes through the Indian Wells Golf Resort.

There will be 40 age-group qualifying spots on the line for the 2020 Ironman 70.3 World Championship in Taupo, New Zealand.

Check out some of the athletes who have taken a unique route to get to the event.

Allyn, a 47-year-old native of Huntington Beach, Ca., battled alcoholism, anxiety and depression throughout much of his life, specifically when he discovered that he was autistic as an adult. In an effort to make a drastic change in his life, Allyn became a vegan and starting training to be a triathlete. This new lifestyle has changed his feelings about life for the better.

Fontillas Ronk is both a breast cancer survivor and a nationally ranked tower runner. The 51-year-old Los Angeles native has run up some of the world’s most iconic buildings, including the Empire State Building, the Willis Sears Tower and the Seattle Space Needle. She was also the first American woman to race in the La Verticale de la Tour Eiffel in Paris, and the only American woman to have raced up the Iron Lady twice in 2015 and 2016. She now tackles her first Ironman 70.3.

Hinesly has been a long-distance runner (or ultrarunner) for 16 years, and recently completed a breakthrough 100-mile race. While the 30-year-old Oregon native’s ultrarunning goals remain intact, he has decided to challenge himself by doing his first triathlon at Indian Wells.

After a 2010 accident left House with a broken fibula and a completely shattered ankle, House was told she would never walk or run again. Unwilling to accept that, she slowly learned how to do both again, and promptly took on competitive running. The 47-year-old was hooked after her first 5K, and eventually competed in half marathons and sprint triathlons. Indian Wells-La Quinta marks her first Ironman 70.3 race.

After initially getting into triathlons as a way to lose weight, Le Jamtel now races for something more. The 52-year-old is a board member of the charity “Imagine for Margo”, named after the daughter of one of his close friends who lost her life to cancer. Le Jamtel’s is dedicating his race to the charity, which raises funds for research on pediatric cancer all around the world. So far it has raised over $8 million.

After being struck by a car during a training ride in 2014, Verdugo was left with a traumatic brain injury, a broken back, a severed ear and he could’ve lost a leg. Over the last five years, he has done everything he can to get back in shape and wants to be an example to anyone that “questions their will to get up and move after getting knocked down.”