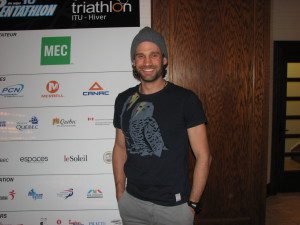 Simon Donato is an adventure racer. He hosts a TV show called Boundless where he takes part in some of the most extreme races in the world. I caught up with him in Quebec City for an interview where he was racing in the elite category for the ITU Winter Triathlon. He didn’t win, but for Donato, racing seems  as much about the adventure as it is about the result.

He has raced a half ironman  as part of his  TV series, but the Quebec City event was his first winter triathlon. Donato had some previous experience snowshoeing and cross-country skiing, but he was totally new to skating. 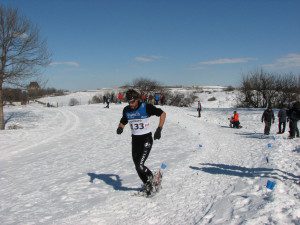 For Donato, the intensity of Boundless means that “it’s more about being durable than always winning. We do win some of the ultra-endurance events because that’s what we primarily train for,” he says. However, they do so many races in such quick succession that just staying healthy is a major obstacle.

Donato is into many different projects. He runs an oatmeal company called Stoked Oats, which makes high-performance, high-protein, gluten-free oatmeal. He was also part of a TV series called Adventure Science. The show pairs up athletes with scientists in some difficult situations. Donato’s PhD in geology and athletic nature made him a good candidate for the show.

Next, he will work with Adventure Science led him to the opportunity to film Boundless. The show follows Donato and Turbo through some really tough endurance races. Boundless is on its second season and will hit the Travel and Escape channel on March 31. 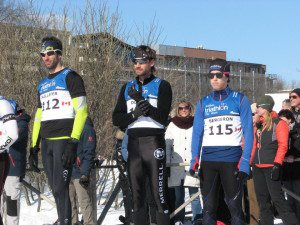