For triathletes who run in Asics, there’s a lot to love about the new DynaFlyte.

Asics is getting creative with their running shoe technology with their newest model: the Asics DynaFlyte. After three years and 300 prototypes, they have created a new cushioning technology to offer to fans of their models. The new material is called FlyteFoam, and they say it’s their most advanced so far. For those runners who need to feel the right amount of support underfoot but without the bulk, they are sure to be fans. One of the details that is giving the brand bragging rights is the fact that it is said to be 55 per cent lighter than industry standard. 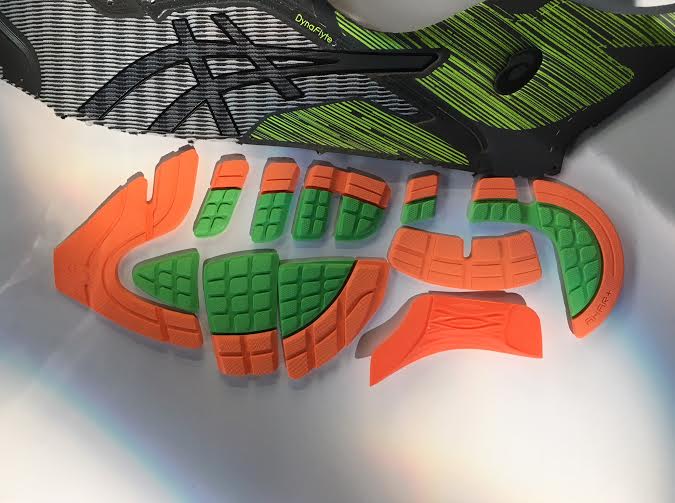 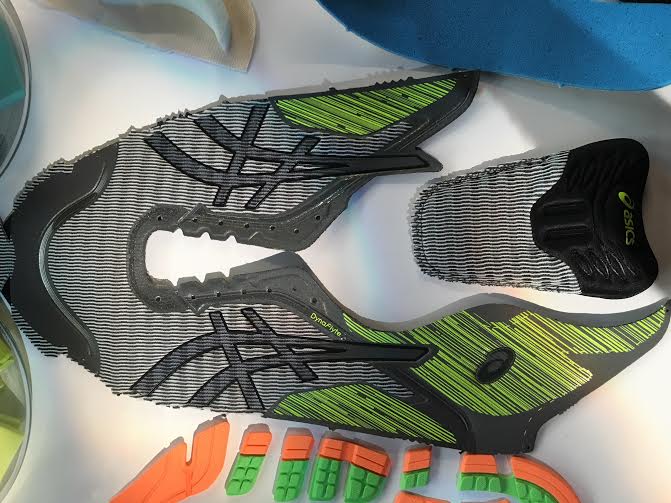 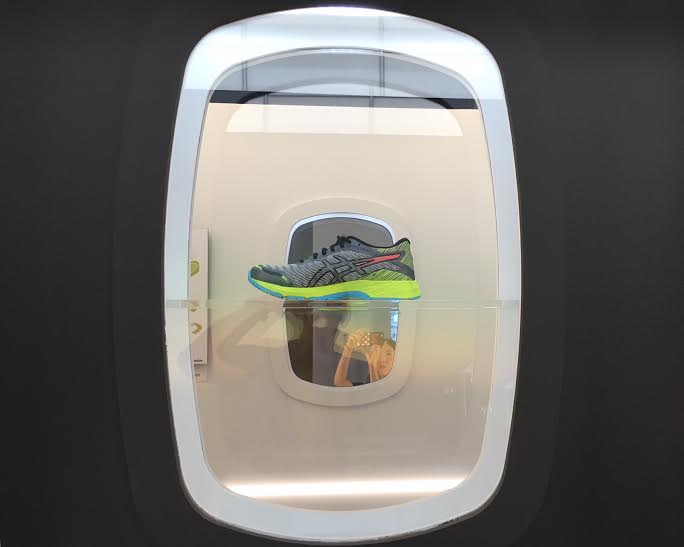 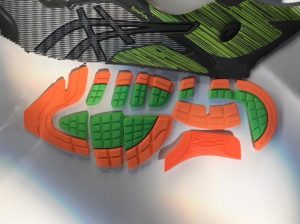 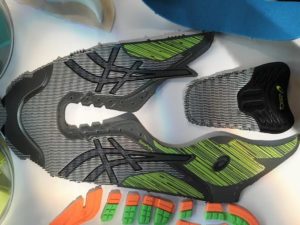 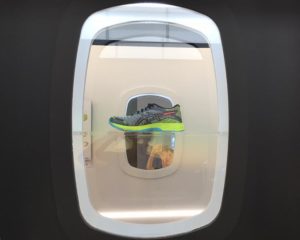 After over 30 years of reliance on Asics Gel, the Japanese running shoe giant has unveiled FlyteFoam. Taking a closer look at it, triathletes will notice that the material is slightly denser and much more impact resistant than conventional EVA foam. It uses what we suspect is a Kevlar-like synthetic fibre to deliver a ride that feels just as crisp at kilometre 500 as it did on the first run. This proves durability and that’s something that many triathletes look for when shopping for the right footwear that they can depend on to take them through their training.

So where can triathletes find this new and innovative technology? The DynaFlyte is the first shoe to roll out this new midsole, and it’s a fitting release. This particular everyday-lightweight trainer was in development for more than two years. It feels similar to previous mid-sized Asics trainers, but has a bit of a performance attitude to it. We took it on the runs to give it a shot. What were our impressions? Our testers felt it was soft but explosive on the toe-off. It’s stable without feeling chunky and the upper is smooth meaning that runners shouldn’t feel any irritation on the run. Triathletes will feel soft on their feet with this cushy landing too. All in all, we’d say that the DynaFlyte is definitely a dependable neutral trainer.

OK but what about aesthetics?

While looks aren’t everything, let’s be honest: the aesthetics of a shoe factor into whether or not a runner is going to want to wear it. We felt that this was quite a handsome one. The look is subtle but still interesting. We love that they have used a neon colour scheme without going overboard. Because the upper is mostly a striped grey, that neutral colouring keeps the neon orange and green accents from looking too loud or obnoxious. Lately many running shoe brands have been opting for subtle prints. The stripe patterns on the heel and upper work nicely here– it’s a very attractive and interesting shoe. It looks good and will be easy to pair with various running outfits.