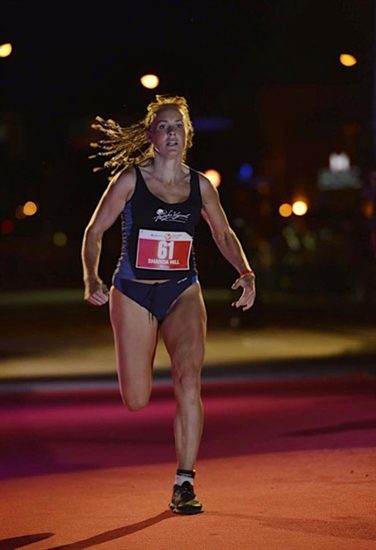 Vernon, B.C.’s Shanda Hill placed sixth overall and first in the women’s field on Saturday at the gruelling Virgina Quintuple Anvil triathlon — the equivalent of five full-distances — and became the first Canadian woman to complete such a feat.

The 34-year-old raced for a total of six days to complete the quintuple, starting on October 10th and finishing well before the cut-off time of 7 PM on Saturday, Oct. 15th. The race consists of a 19 km swim, 900 km ride and 210 km run, which Hill completed in 117 hours, 46 minutes and 42 seconds which brought her across the finish line around 2 AM on Saturday. Out of the 19 competitors who raced last week, Hill was one of five women racing and was the sole Canadian in the field.

According to an interview she gave after the race, Hill’s experience throughout the incredibly tough six days was generally positive and she didn’t encounter any significant difficulties in the quintuple except for towards the end of the run.

“It was completely cold on the run, freezing, that was the hardest part,” she said. “My quad muscle tightened up and it really hurt.”

After she crossed the finish line, Hill says it was “the best feeling in the world.”

“Not just because I finished,” she continued, “But because of when you set out to do something you want to achieve and complete it, it makes it so fantastic. It was the journey of getting here and completing the race.”