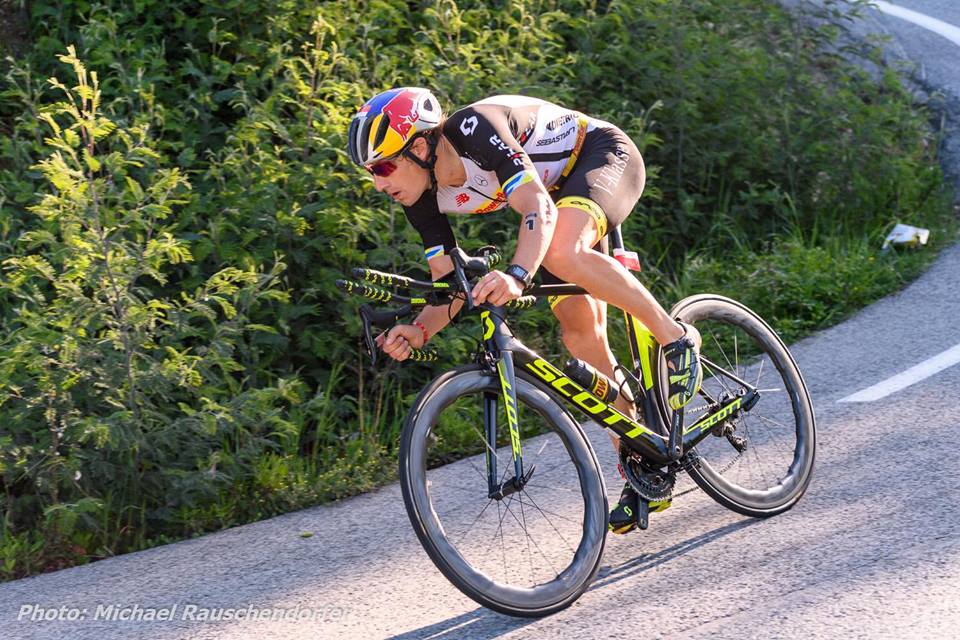 Germany’s Sebastian Kienle opened his season at the Cannes International Triathlon on Sunday, where he took the win on the hilly and unique distance course — 2 km swim, 100 km bike and 16 km run — in a time of 3:53:33. Kienle turned heads over the weekend for his choice of bike. Instead of riding his Scott Plasma TT bike, which he usually competes on, he opted for a Scott Foil aero frame road bike.

The bike course at @cannes_triathlon triathlon is such a beauty, I had to do it again yesterday. This time to enjoy it and have a couple of coffee and instagram breaks. Now back to the winter in Germany 🙁 already miss the #cotedazur

In the video he posted below to Facebook, he explains on his reasoning for this — ultimately, he felt the technical, tight corners and hilly nature of the course (nearly 1,700m of climbing) would be performed on the road bike. Kienle’s bike split was the fastest of the day by nearly six minutes, so it’s safe to say he made the right decision.

Kienle, an time Ironman world champion and two-time Ironman 70.3 world champion, is one of the sport’s strongest cyclists and is very interested in aerodynamics and the technical aspect of triathlon and cycling. In his video, he explains that it was the position he could achieve on the road bike with aero bars that helped him make his ultimate decision.

“It’s not the position I have on my TT bike, obviously,” he says, “It’s way more relaxed… but it allows me to stay on the aero bars for a very long time. So, for example, when we go up the first climb which is around 10K… I could stay in TT position most of the time. A TT position is only as fast as the rider who can ride in it. The more you can stay in the position, the more profit you can take from it.

He added, “A TT bike with a more extreme position might be way faster on the first 10K but then you might not be able to stay in the position.”

Learn more about whether a road bike or TT bike is best for your own triathlon racing, in this opinion piece from coach Paul Duncan.