After losing by just two thousandths of a second in the last Zwift Z Pro Tri Series race, Lionel Sanders nailed the sprint in today’s race to take the fourth race in the series. 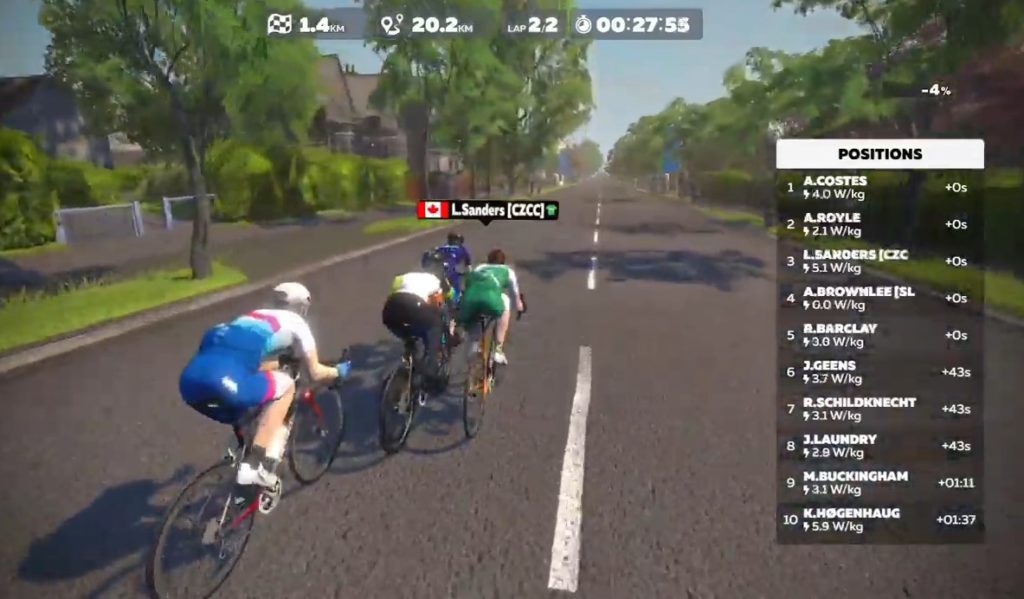 In the first race of the Z Pro Tri Series Sanders led out the sprint, only to be nipped at the line to take third. Today’s race also turned out to be a tactical finish – you can watch the coverage of the race below.

The group used the challenging climbs on the “Tour of Twit Well” course set in Yorkshire to break away from the rest of the field, setting up the dramatic sprint for the line. Sanders timed his sprint to perfection, holding off Royle by .05 of a second, with Costes another tenth of a second behind. Brownlee, who had been the most aggressive rider for much of the race, might have been the one who set up the final sprint of just five, but had to settle with fifth. Canada’s Jackson Laundry continued his impressive run of racing with the world’s best, taking sixth.

Sanders averaged an impressive 5.5 watts per kg for the half-hour effort that included two 10.8 km laps and 409 m of climbing to take the win, about .4 watts more than he averaged in that oh-so-close finish two weeks ago. 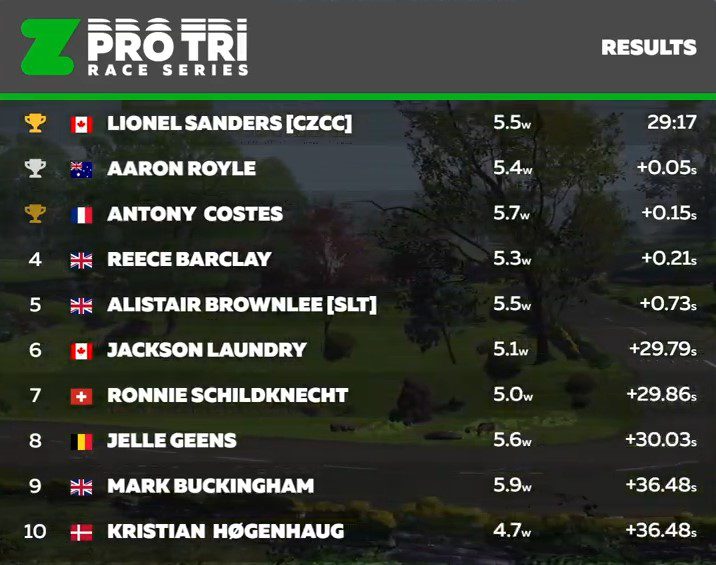 Coldwell sprints to another win

Great Britain’s Sophie Coldwell made it two in a row by taking the women’s race in a sprint over countrywoman Lizi Duncombe with Switzerland’s Melanie Maurer rounding out the top three. Canada’s Pamela-Ann Bachelder finished 10th. 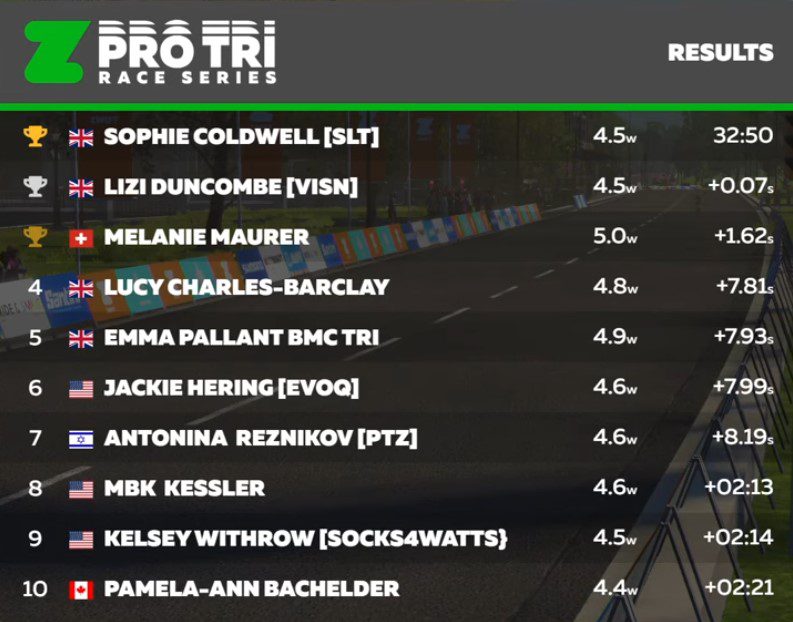