Windsor, Ontario’s Lionel Sanders remains the only man to have won Ironman 70.3 Indian Wells La Quinta, while Edmonton’s Paula Findlay dominated the women’s race, making it an all-Canadian day atop the podium in California. 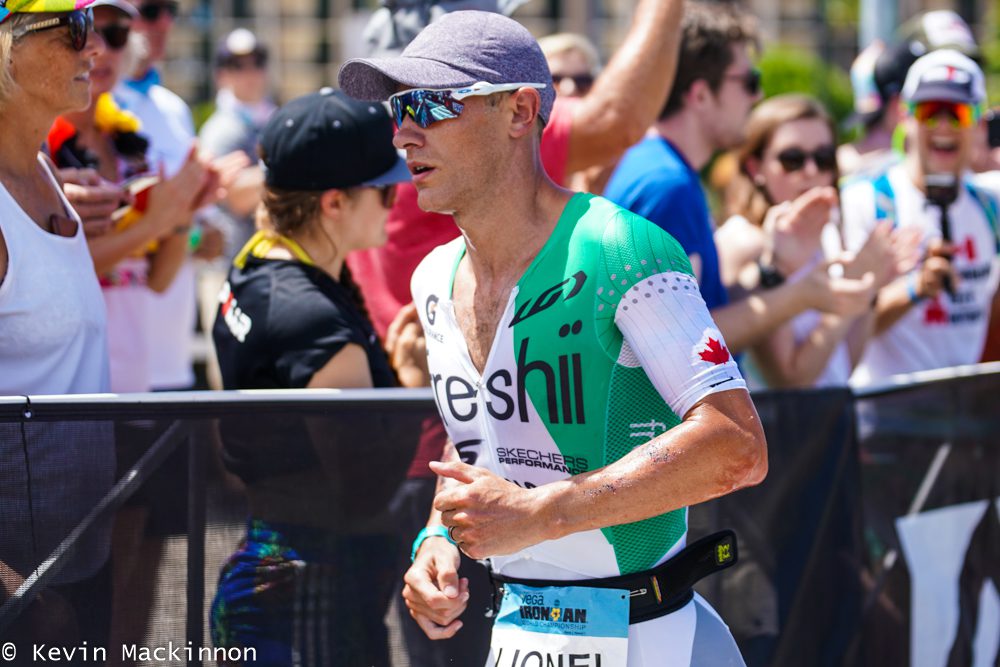 Lionel Sanders starts the run at the 2019 Ironman World Championship.

Sanders powers through the bike and run

American Eric Lagerstrom led the way out of the water, with Sanders almost three-minutes down in 17th place starting the bike. By 40 km into the bike, though, Sanders had moved his way to third place behind Lagerstrom and Denmark’s Miki Taagholt. By the 62 km point of the ride Sanders was in front, six-seconds up on the American, while Taagholt was over 30 seconds down. Sanders finally broke away from Lagerstrom to lead into T2 by 1:36, and then padded his lead through the run to finish over four minutes ahead. Taagholt took third, almost eight-minutes behind Sanders.

Findlay from start to finish

There was no stopping Paula Findlay on this day as she led the women’s race out of the water and never looked back. The 2012 Olympian led a group of three including Holly Benner, Elise Lagerstrom and defending women’s champ Chelsea Sodaro by about 50 seconds after the swim. By the time she got to the 40 km mark, Findlay’s lead was up to over four minutes on Benner, with Sodaro almost five minutes down. Off the bike Findlay’s lead over Benner was up to almost seven minutes, with Sodaro and Alissa Doehla battling things out in third and fourth over eight-minutes behind.

Findley cruised through the run to win by 7:29 over Doehla, with Sodaro rounding out the podium.

In terms of other Canadian pros competing in the race, Victoria’s Lauren Babineau finished eighth in 4:32:39.