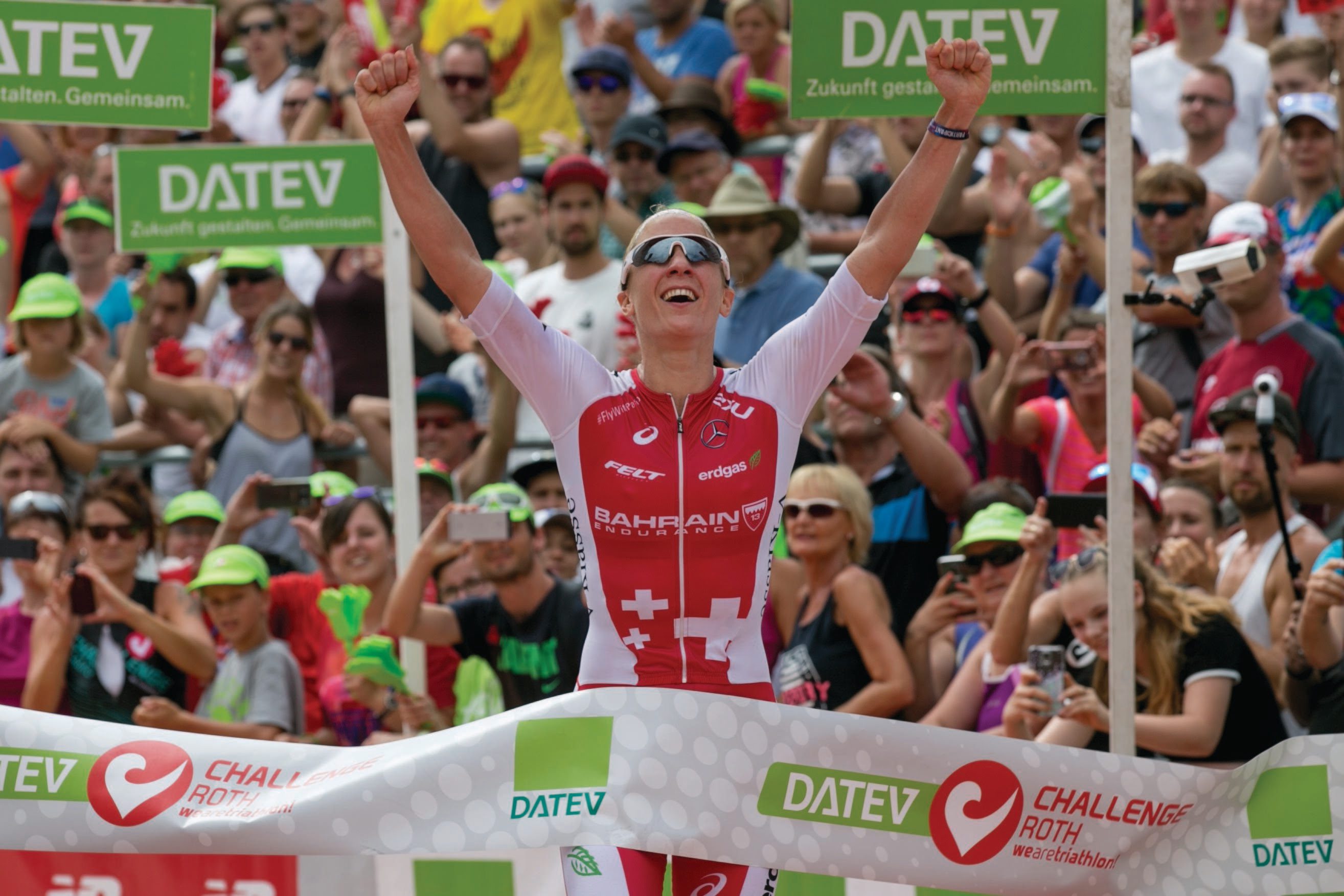 Daniela Ryf defended her title from last year at Challenge Roth yesterday, but the double Ironman world champion was unsuccessful in breaking Chrissie Wellington’s world record (set in 2011). After a year of non-stop racing and many major wins, the Swiss star has suffered from a back injury and was ultimately not in record-breaking shape come Sunday.

“Like I said before the race I didn’t think it would be realistic to get the record,” Ryf told reporters. “But that didn’t stop me trying. Sometimes you get a race where you can push it through and today was not easy and I really had to fight for it.”

Last year, Ryf competed in the famous race “for fun” and managed to pull out a 8:22:04 which put her about four minutes off of Wellington’s 8:18:13 full distance record. This year, her victory was clocked in 8:40:03 which still gave her in incredible 11-minute margin of victory over runner-up, Great Britain’s Laura Siddall.

Canadian Heather Wurtele, who headed to Roth as part of her “European tour” this summer, was given a penalty on the bike and ultimately decided to pull out of the race, keeping the bigger pictures in mind.

“I was super bummed, lost a good deal of my mojo… I know it looks lame to DNF, but sometimes you have to think bigger picture, and I’m allowing myself 1hr to feel bad about it!”

She posted a full description of the situation on her Facebook page:

On the men’s side, Bart Aernouts was the men’s champion. Full results can be found on the website.