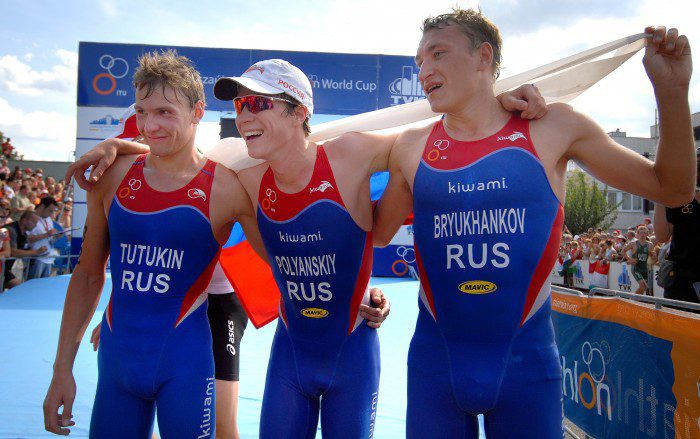 According to USADA, Russian pro triathlete Ivan Tutukin has tested positive for the banned substance meldonium in both in-competition and out-of-competition urine samples provided on April 24th and May 23rd 2016. USADA has determined that the prohibited substance was ingested by him “without fault or negligence pursuant to the World Anti-Doping Agency guidance concerning meldonium.”

The 30-year-old pro, who trains in the USA, was initially tested after his race at April’s St. Anthony’s Triathlon in St. Petersburg, Florida where he placed second.

Meldonium was added to WADA’s prohibited substance list in 2016. It is in the category of Hormone and Metabolic Modulators and is now prohibited at all times under the USADA Protocol for Olympic and Paralympic Movement Testing, the United States Olympic Committee (USOC) National Anti-Doping Policies (USOC NADP), the International Triathlon Union (ITU) Anti-Doping Rules, and the World Triathlon Corporation (WTC) lronman Anti-Doping Rules, all of which have adopted the WADA Code (the Code) and the WADA Prohibited List.

Tutukin says he began taking meldonium over a decade ago when he first learned about the substance from his physician. As it is available as an over-the-counter drug in his native Russia, he says he began taking the substance without a prescription and at his own discretion  “during strenuous training periods.” He claims that his use of meldonium ended in October, 2015.

According to USADA, after their investigation they concluded that the low meldonium concentration in Tutukin’s urine samples, combined with the athlete’s explanation of use, was consistent with ingestion prior to the substance being officially prohibited on January 1, 2016. Based on the latest guidance offered by WADA on June 30, 2016, for cases involving meldonium, Tutukin will not face a period of ineligibility. However, Tutukin has been disqualified from all competitive results obtained on April 24, 2016, the date his in-competition sample was collected, including forfeiture of any medals, points, and prizes.

With files from Law in Sport.