Russia is currently suspended from all international competition in the wake of a mass doping scandal which exposed many of their top athletes. Guest blogger and editor of Trimes, Alexandre St. Jalm, discusses how Russia’s doping crisis in athletics could affect triathlon.

Disgraced steeplechaser Yulia Zaripova has retired from athletics in order to pursue a career as a triathlete.

Since last weekend, the ITU community learned that Russian middle-distance track runner, Yulia Zaripova, who is currently banned from athletics for doping, wishes to continue her sporting career in triathlon. Before being caught for doping, Zaripova was named 2012 Olympic champion and 2013 world champion in the 3,000 m steeplechase. 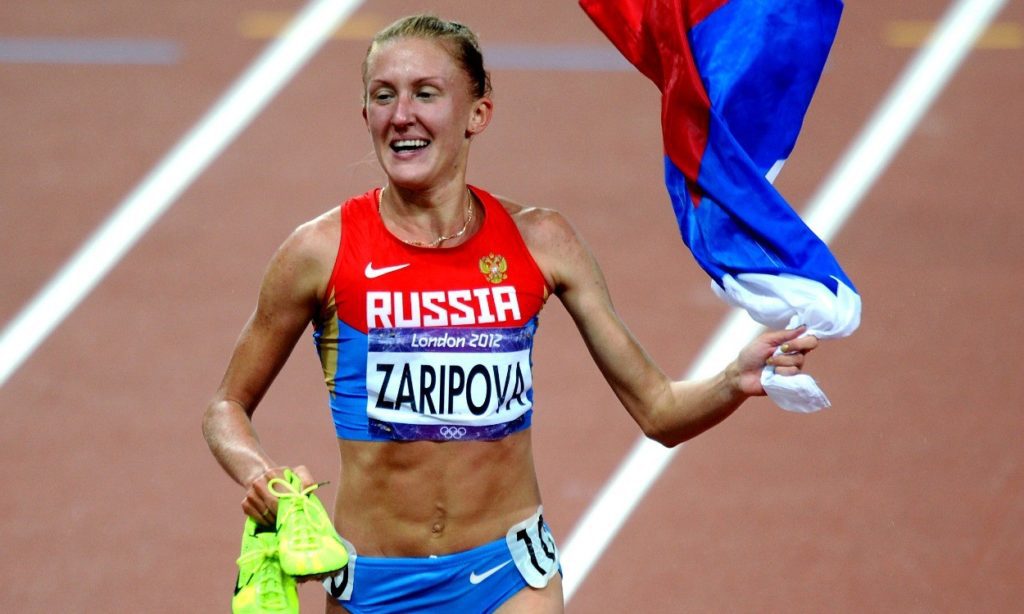 Two years after her Olympic gold medal in London, her national federation was forced to suspend her due to an abnormal value of her haematological profiles (her biological passport). Officials still do not know the name of the substance taken. On March 25th, 2015 the IAAF suspended her from the sport for a total of 30 months. Her retroactive sanction that started July 25th, 2013 meant she could once again take part in competition at the Olympics, however, Russia as a country is currently suspended from and unable to participate in the Olympics Games.

As for Zaripova, she has since decided to change sports and take up triathlon. When she was forced to give gave back her Olympic medal to the Tunisian athlete Habiba Ghribi, she announced her triathlon ambitions to the media outlet.

“My triathlon goals are the same as in athletics — the Olympics Games,” she told reporters. But the 30-year-old will have to wait for the next Olympic cycle (leading up to the Tokyo 2020 games) to take on this new challenge. Obviously, given her past, a big question lingers: will the Russian Triathlon Federation dare to support that choice? For ITU races, an athlete must be registered to the event by his or her federation. Even if the athlete has served her punishment, we always come back to the same problem, will she come back clean or will she be tempted to use drugs again? Will the triathlon community welcome her into the sport? This is not the first time an elite runner has decided convert to triathlon, nor is it the first time a disgraced athlete has tried to make their way (back) into the sport (Lance Armstrong). In practice this sport clearly proves to be more technical than steeplechase which makes the chances of success very thin and begs the question, does Zaripova truly expect to see success in the sport as a clean athlete?