Sunday, June 3rd, marked the beginning of the Subaru Triathlon series in Ontario. Kelso Conservation Area was the site of the Milton triathlon, the annual first race of the season on in the Subaru series. This past weekend, hundreds of age group athletes, ranging from first timers to seasoned veterans took on the challenging course.

The event hosted five different races, try-a-tri, sprint triathlon and duathlon, swim/bike and the sprint triathlon relay race. The swim took part in Kelso Lake, before taking on a challenging bike course. The bike included the infamous Sixth Line hill, which leaves racers in a whole lot of hurt. And if that wasn’t enough the run course has you hurting, with the undulating terrain and a healthy mix of pavement and trail. 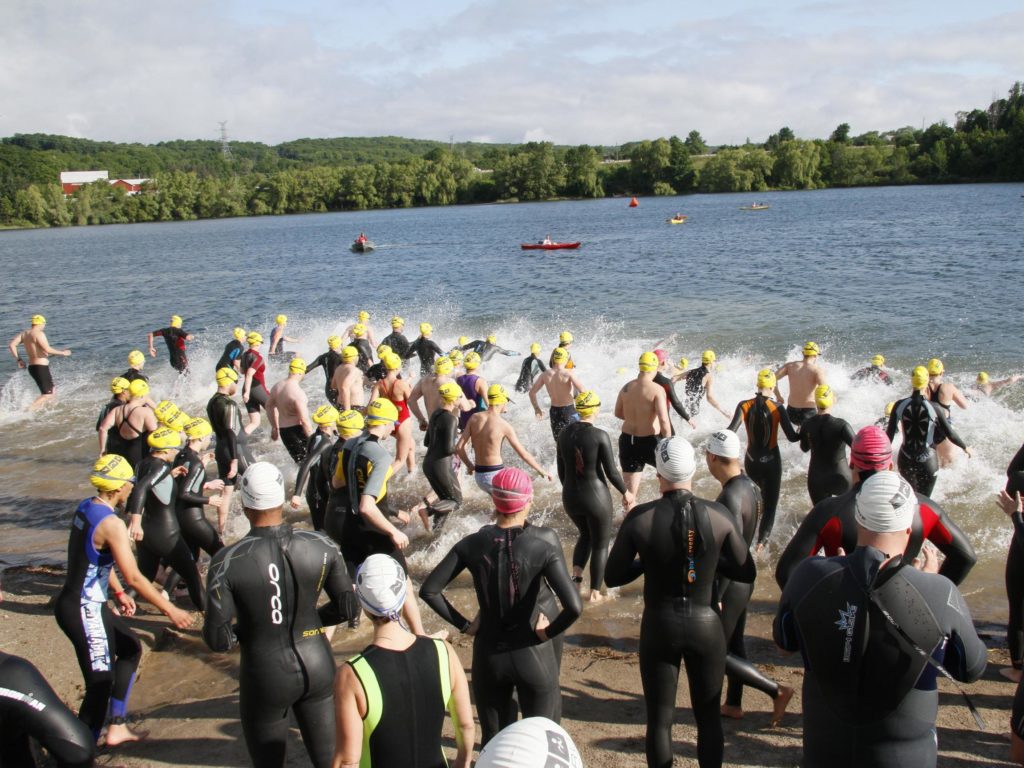 Following the race, finishers received their finisher medals and post-race refreshments. The weather held off for a great morning of racing and a relaxing afternoon of chatting with friends. Once again, Subaru Triathlon Ontario hosted a great first race of the season.

The next race in the series is in two weeks time, in Guelph. Guelph Lake 1 is the biggest on the Subaru Triathlon Series, so be sure to register if you haven’t done so. The event has a great atmosphere about it and is a good event for those preparing for the longer races later this summer (Muskoka and Mont-Tremblant 70.3).