The ITU world championships have officially wrapped up. Over the weekend, para, elite and age group triathletes raced in Rotterdam for world titles and Canada had impressive results across the board. Here’s a wrap-up of the highlights from the elite races. We’ll wrap up the top Canadian age-group results later today. 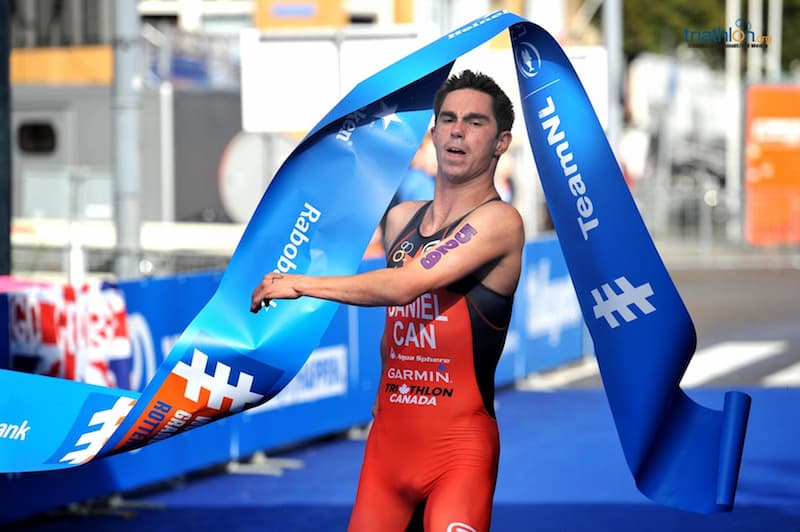 Canada’s Stefan Daniel is once again the king of para-triathlon after winning the PTS5 category at the World Championships in Rotterdam, the Netherlands on Friday.

The 20 year-old Calgarian, who won his first world title in 2015, was on a mission to reclaim the honour after being forced to settle for the silver medal behind his top rival Germany’s Martin Schulz, at the sport’s Paralympic debut one year ago.

Daniel put on his work boots in Rotterdam, and took care of business where he smashed the field with a time of 1:01:20 in the sprint distance format.

“It went really well. I tried to stick with Martin Schulz on the swim and I was able to do that,” said Daniel, who added the race was delayed one hour due to rainy weather conditions. I just tried to play it safe. It was technical and wet out there so I tried to stay upright on the bike and in contact.”

With the rain stopping 30 minutes before the race, Daniel battled through wet roads, wind and cold conditions. He exited the 750-metre swim in a pack of three, including Schulz, 20 seconds back of Britain’s George Peasgood.

Brutal weather conditions all week prevented the soft-spoken Canuck from training on the tricky bike course prior to the race, but Daniel followed the game plan set by his coach at the National Performance Centre, Carolyn Murray, to near perfection throughout the 20-kilometre ride.

“It was a bit of a challenge. I didn’t believe it was safe to ride this week so we didn’t do it. This was the first time I did the course so on the first lap I really just had to figure it out. It was fine. Everything was good and I was able to have a good ride,” said Daniel.

Slowly moving ahead of Schulz and Peasgood, Daniel took the lead into second transition and let his running legs do the talking on the five-kilometre jaunt through the streets of Rotterdam.

“The goal was really to stay upright and in contact (on the bike). I headed into T2 in first and I knew right away I had the run legs so I was happy.” 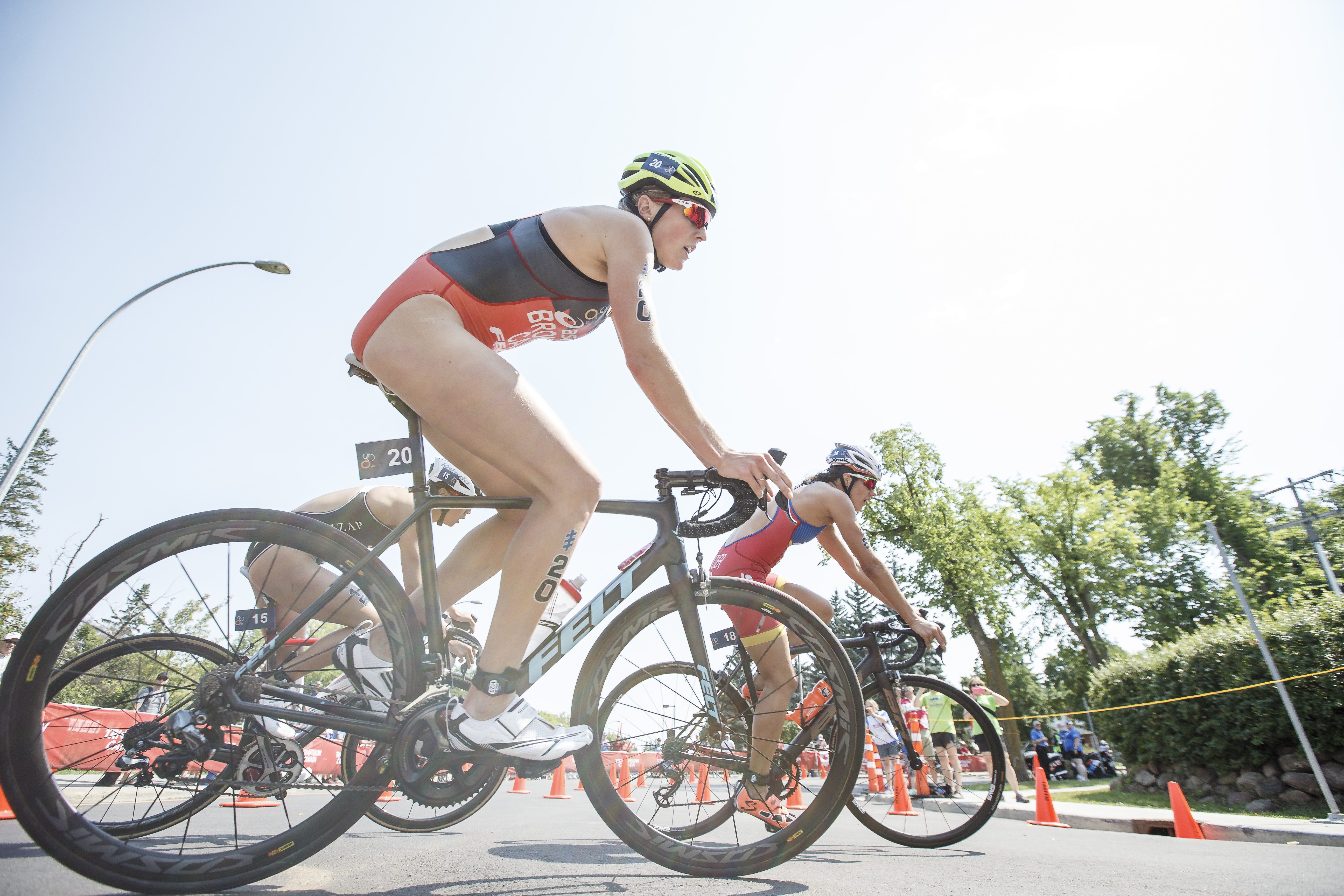 Joanna Brown earned an impressive fifth place in the Grand Final to cap off a breakout year filled with top-10 WTS results and podiums on the world and continental cup levels.

“It feels a bit surreal but I guess this happened today,” laughed Brown. “It was a good day. I had what I feel is one of my best races ever on the World Triathlon Series. It just feels so good to have a result like this in my first elite Grand Final.”

The lone Canadian in the field of the top 44 women triathletes on the planet, the Carp, Ont. native was forced to control her own destiny after coming out of the 1.5-kilometre wetsuit swim in 11th spot. Making up three spots while charging through first transition, Brown took charge in a group of seven who formed a chase pack 30 seconds behind a trio of leaders.

With Bermuda’s Flora Duffy, American Katie Zaferes and Britain’s Jessica Learmonth opening up precious seconds on the field in each of the seven laps on the 40-kilometre bike course, Brown was a beast on the bike while working at the front of the pack of seven with Kirsten Kasper of the United States and Rachel Klamer, of The Netherlands in hopes of maintaining their lead on the second chase group.

Brown remained strong and in control while taking her turn leading the first chase group for the majority of the bike course which threw everything at the world’s best including tight hairpin corners and slick cobblestone roads through Rotterdam’s downtown streets.

“That bike course was so cool. It was such an engaging course. I just took control and hammered the technical sections of the bike and had a lot of fun riding the course,” said Brown. “I worked quite well with the other girls. We kept rolling at the front to keep that gap on the chase pack because we new Ashleigh Gentle (Australia) was in there. We did great work up there and it paid off in the end for sure.”

Entering second transition in fifth spot and 90 seconds down from the leaders, Brown darted out onto the 10-kilometre run course with a pack of five focused on hunting down a podium spot. With the world number 1, Flora Duffy, throwing down the gauntlet early in the three-lap run, Brown dropped to eight spot before finding another gear in the bell lap.

“I wasn’t feeling awesome at the start of the run, but I kind of got a second wind in the last five kilometres and I was able to pull away from some of the girls,” added Brown. “I’ve always found it challenging to go hard right away on a 10-kilometre run so I just build and build and keep the momentum going. The years of training and mental focus paid off and I was able to find my best gear.”

Bermuda’s Duffy solidified the 2017 World Triathlon Series title after capturing her sixth victory of the season, and her second-straight World Championship crown, with a time of 1:58:39. Katie Zaferes couldn’t respond to Duffy’s early pace on the run, but did celebrate a monster day and the silver medal with a time of 1:59:34. Jessica Learmonth held off the chase pack to lock up the bronze medal at 2:00:57.