A hundred and sixty days ago, on Jun. 1, 2018, Ross Edgley set out from Margate Harbour, UK, to swim over 3,200 kilometres around the British Isles. On Nov. 4, 2018, Edgley completed his journey in 157 days. He swam six hours or more a day, slept six hours or less a day and did not step on shore once during his five-month journey.

A word to describe the feat, “Unbelievable.”

This isn’t the first ultra-extreme feat Egley has accomplished. This is the same guy who rope climbed the equivalent height of Mount Everest in just 24 hours back in 2016. And recently, before swimming around the British Isles, he swam a 100K in the Carribean while towing a 45-kilogram tree. Yes, a tree.

To say Edgley is tough would be an understatement. Scroll through Edgley’s Instagram or watch episodes on Red Bull’s Youtube channel and you’ll get a sense of the obstacles he faced while swimming around the British Isles. He lost chunks of tongue, suffered lacerations to his neck and had numerous jellyfish encounters. But nothing was going to stop Edgley from completing his mission. For example, for the neck lacerations he suffered due to his wetsuit, he put duct tape around his neck to protect his skin and cut his wetsuit. To avoid jellyfish burns, he made a mask to protect his face and also let his beard grow. 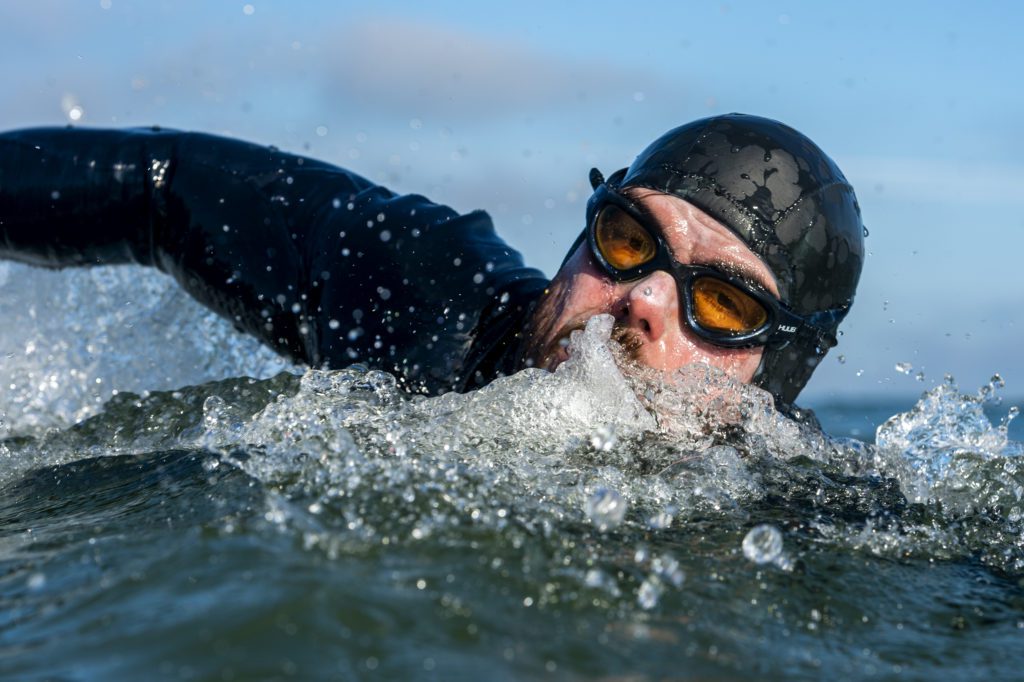 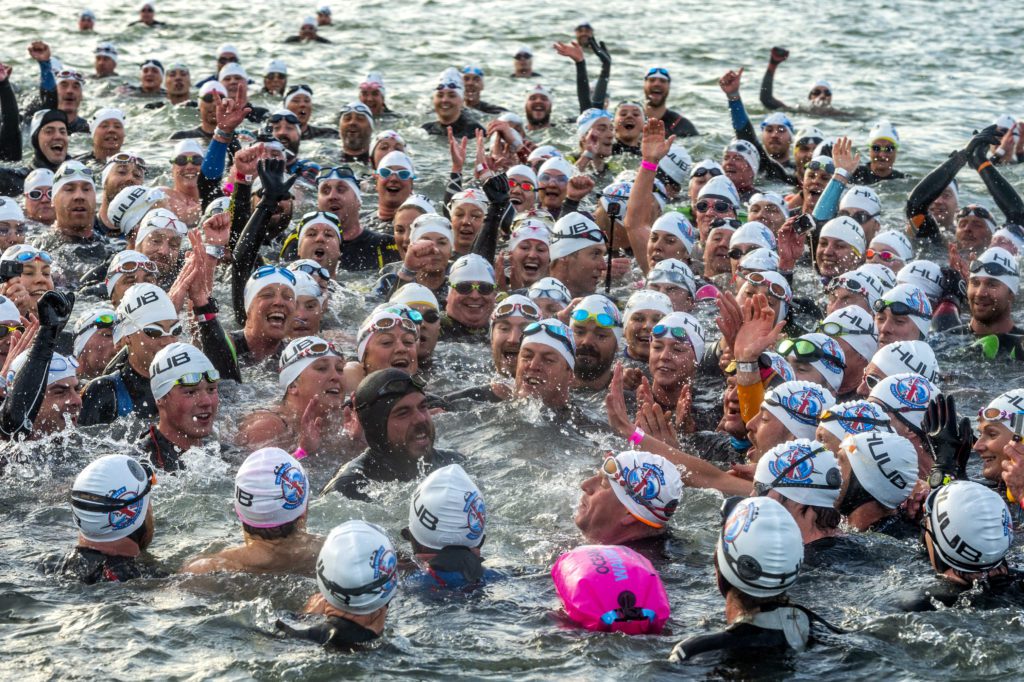 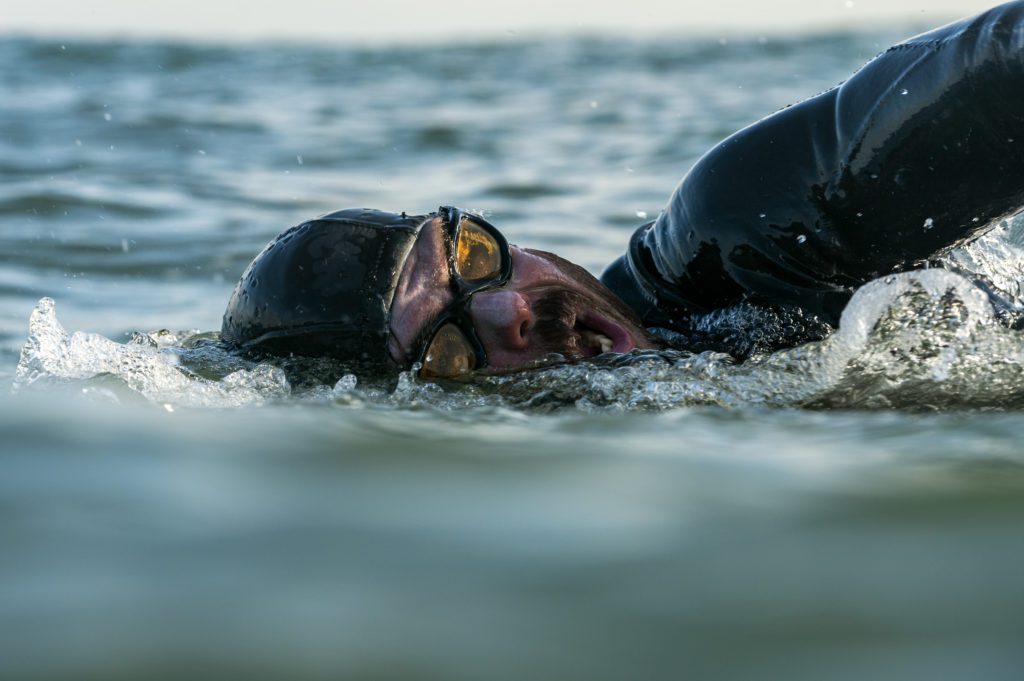 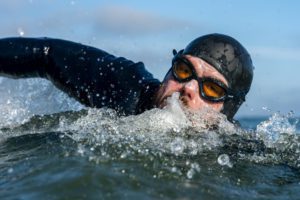 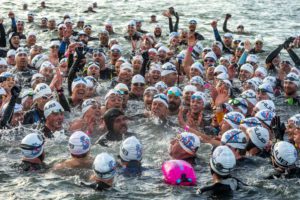 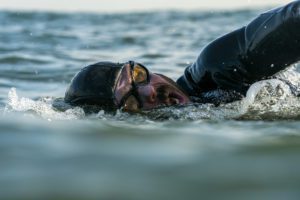 What is fascinating about Edgley’s demeanour, drive and determination is his mental resolve. Antoine Desroches, of Triathlon Magazine Canada, highlights this in “Ross Edgley nage avec le sourire.”

(Excerpt from Ross Edgley nage avec le sourire) When he was resting on the boat, Edgley immersed himself in Stoic philosophy by reading the book of Marcus Aurelius. According to this philosophy, we must not be affected by the obstacles we face. Edgley explains that this philosophy has helped him a lot in confronting obstacles and staying positive – getting frustrated and being negative is only detrimental. During his swim, Edgley repeated this mantra, “swim with a smile”.

What is next for Edgley? Time will tell. Currently, he is having tests done to determine the effect spending 157 continuous days in the water has had on his legs – this is what he calls, “Project: Land.”

To run fast or far you MUST run efficient 😊 That’s why tomorrow’s physiology & biomechanics check up with @vivobarefoot after 157 days at sea (never touching land) is SO important 😊 Take this shot for example (taken a year ago in the lab), body angle is good leaning forward, forefoot striking to absorb impact and carry on forward motion, (semi) good range of motion at the hip (but tight from all the marathons since my driving leg is not moving back beyond the middle of my body) also moving in a slightly vertical motion (caused by a lower range of motion at your hip) which is is forcing my upper body to rotate more, my elbow to raise and essentially not move forward as efficiently as possible (slightly wasted energy). In summary, I am NOT a good runner and I will be worse having been at sea for 5 months for the #greatbritishswim But knowing this and being conscious of movement is a HUGE ADVANTAGE! Image by my brobarian @snhfoto 😊

Let’s assess the damage (eek) 😐 Project: Land Legs begins today with @vivobarefoot We’ll be producing videos & commentary from the sports scientists to document it all and comparing it to when I ran 30 marathons in 30 days over a year ago (when @snhfoto took this photo in the lab before a V02 test) 😊