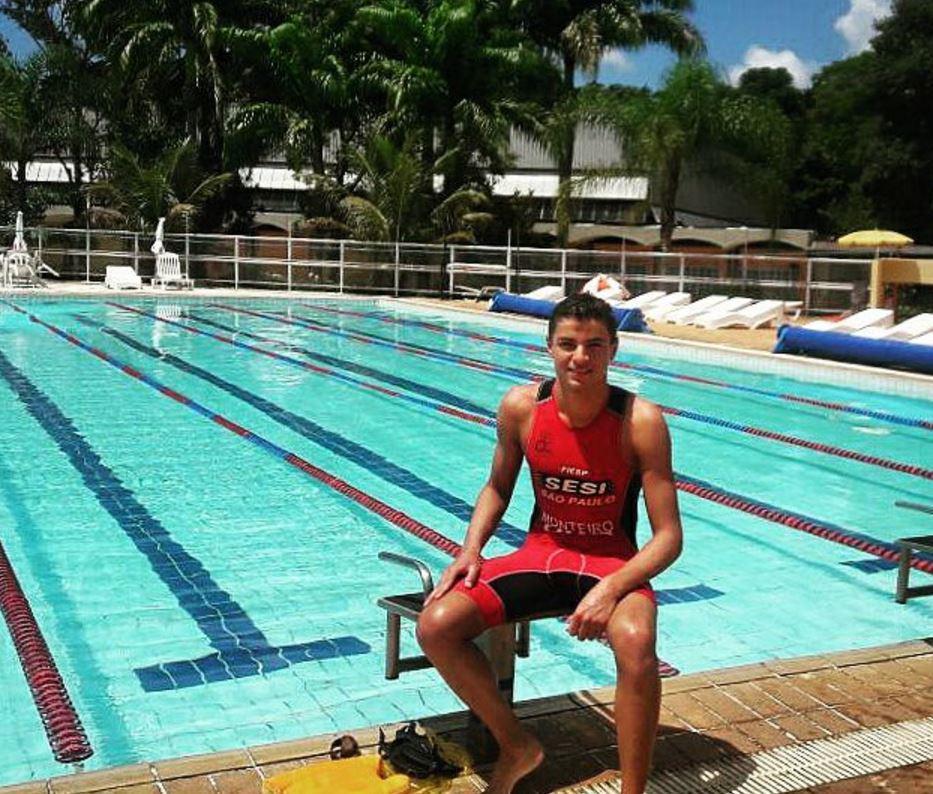 The recent running of the Santos International Triathlon in Brazil, which draws triathletes from around the world, had an unexpected disruption this year. According to The Star, a well-known short course Brazilian pro triathlete Edivanio Monteiro was punched and knocked off his bike by a robber who successfully stole his bike mid-race as he was closing on the leaders during the Olympic distance bike leg. He was riding on a highway that links the cities of Sao Paolo and Santos.

The police were unable to immediately catch the robber, who quickly escaped on the bike.

“Hello guys. First of all thanks to everyone for their messages,” his statement reads.

“Unfortunately in today’s event a man knocked me off my bike and stole it. Thank God I’m okay and suffered just a few scrapes and bruises. I appreciate everyone’s concern.”

He added: “I was a short distance behind the peloton and on my own when a young man jumped over the central reservation and ran towards me pointing a gun at me and pushed me over.  I ended up on the tarmac and he took off with the bike.”

According to the athlete’s Facebook page, as of a few days after the race Monteiro’s bike was found.

The event organizers were aware of the potential for crime during the race and held a meeting to discuss extra security arrangements on race day with the police, prior to the event.

Event manager Nubio Almeida said, “We raised the question of security several times during the meeting but unfortunately we can never be 100 per cent safe in our country. After what happened, Edivanio received all the medical care he required and thanks God he’s okay.”

While triathlon is taking off in Central and South America right now, with an increase of Ironman and Challenge branded races across the region, this isn’t the first time crime has occurred during a race. Two years ago, two triathletes were shot during the bike leg of Ironman 70.3 San Juan.