Rounding up the best Canadian performances of 2016: John Young becomes the first person with dwarfism to complete an Ironman at Ironman Maryland in October.

“This is for everyone who’s ever told me ‘you’re too small to do that.'” 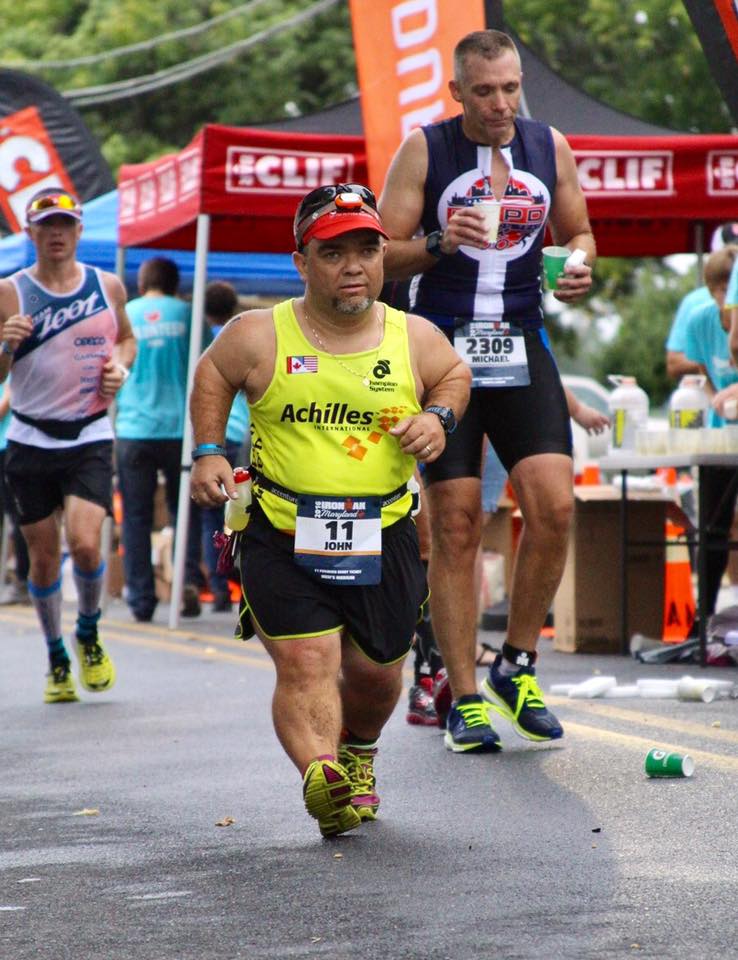 John Young made history in October as the first person with dwarfism to finish an Ironman. Now the fifty-year-old Canadian triathlete has set his sights on Kona.

When the scale in the doctor’s office tipped 195 pounds in 2006, it was clearly a sign that John Young had to change his lifestyle. But at the time he’d never considered being part of an endurance event. “I was just not interested in running or biking,” he says. “When I was young, I swam a lot but when I got older and had a son, I had no time to exercise. But with me being overweight and tired all the time, my wife encouraged me to see a doctor and that was, in hindsight a life-changing moment.”

Not only the number on the scale was a wake-up-call for 4-foot-4 inch John, he was also diagnosed with sleep apnea. “I started to sleep with a CPAP machine and slowly got my energy back. First I got back to swimming and when my students suggested riding their bikes to school on Earth Day, I borrowed my wife’s bike and biked to school. Sixteen kilometers one way. And I liked it,” says Young who is a math teacher at Pingree School in South Hamilton, Massachusetts.

He signed up for his first triathlon in 2009 after he saw a video of Dick and Rick Hoyt, the father and son racing team. “If they can do an Ironman together, I can do a sprint.” So he started running, something he never did before as doctors thought it wasn’t good for his back. He started with a sprint in 2009, completed an Olympic triathlon in 2010 and, after running the Boston Marathon in 2013, decided he wanted to do an Ironman in 2015. “In the end I didn’t feel ready to go that distance yet and decided to do three half Ironmans in close succession, to see how my body recovered from that.”

His body passed the test and Young signed up for Ironman Maryland last October. “The weather was extremely bad the days before and they had to cancel the swim for safety reasons. It was a disappointment, but I did not let it get to me. Some things you can’t change and you just have to make the best of it.” 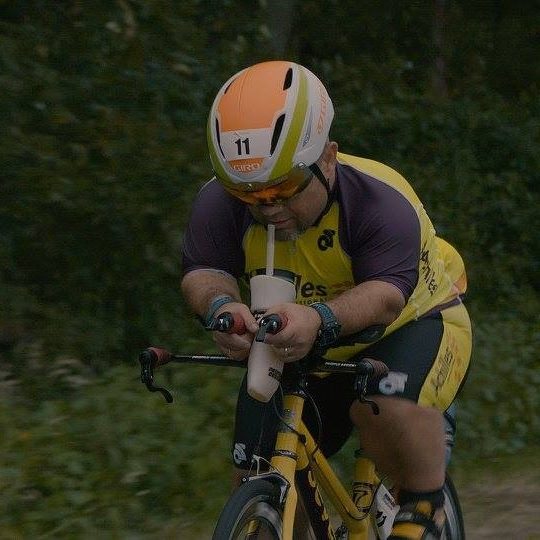 The bike portion is Young’s best discipline. “If I compare myself to others, that is,” says Young who rides a bike with 20inch wheels compared to the standard 27 inch. “I am a math teacher and I was interested in how much how many more revolutions I have to pedal than the other competitors during a race and it came to a 35% increase. And for running, I have to take 2 to 2.5 steps for one step an average height person has to do. Running is the hardest part. I always dreaded the run, but now that I have done more and proper training, I enjoy it more.”

The race in Maryland was a tough one, with streets flooded and Young, at one point,  up to his thighs wading through the water. “The last mile I got very emotional,” he says looking back. “I thought back of all the times that people said to me that I had to be careful, that I couldn’t do things, that I was too short. I used that negativism as a motivation. By finishing that Ironman I showed that no matter what your body looks like, if you prepare for it, you can do anything.”

With the swim portion being canceled in Maryland, Young definitely wants to do an Ironman again. “I would love to go to Kona, but it’s hard to get into that race since physical challenged athletes cannot qualify and need to enter through a lottery. So if that doesn’t work out, I will probably do IM Maryland again.” 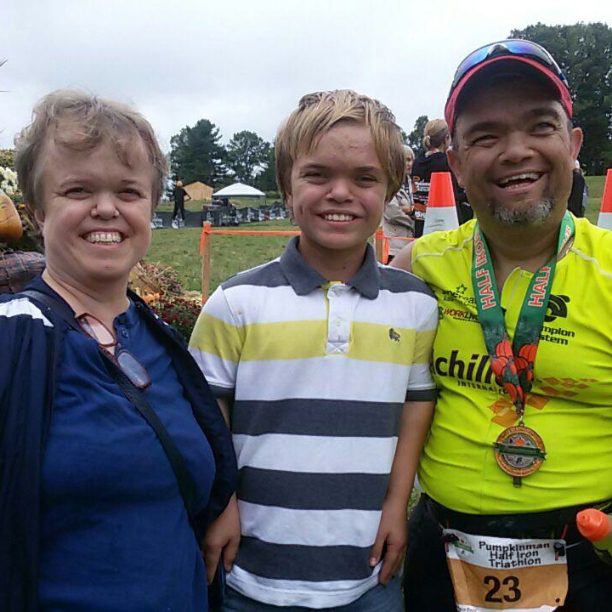 Young will also return to Canada. He grew up in Toronto but moved to the US with his American wife in 2003, next year for races. “I did the Toronto Triathlon a few times and the World Dwarf Games are being held in Guelph in 2017. “My son really likes to participate and I will likely compete in some swimming and running events. We’re looking forward to that.”

You can sign a petition here if you want to see John Young participating in the Ironman World Championship.