Since the launch of the ITU World Triathlon Series in 2009, Canadian women had found some success. Paula Findlay won five races on the circuit between 2010 and 2011, while Kirsten Sweetland (2014) and Joanna Brown (2019) also made their way onto the podium with one bronze apiece. 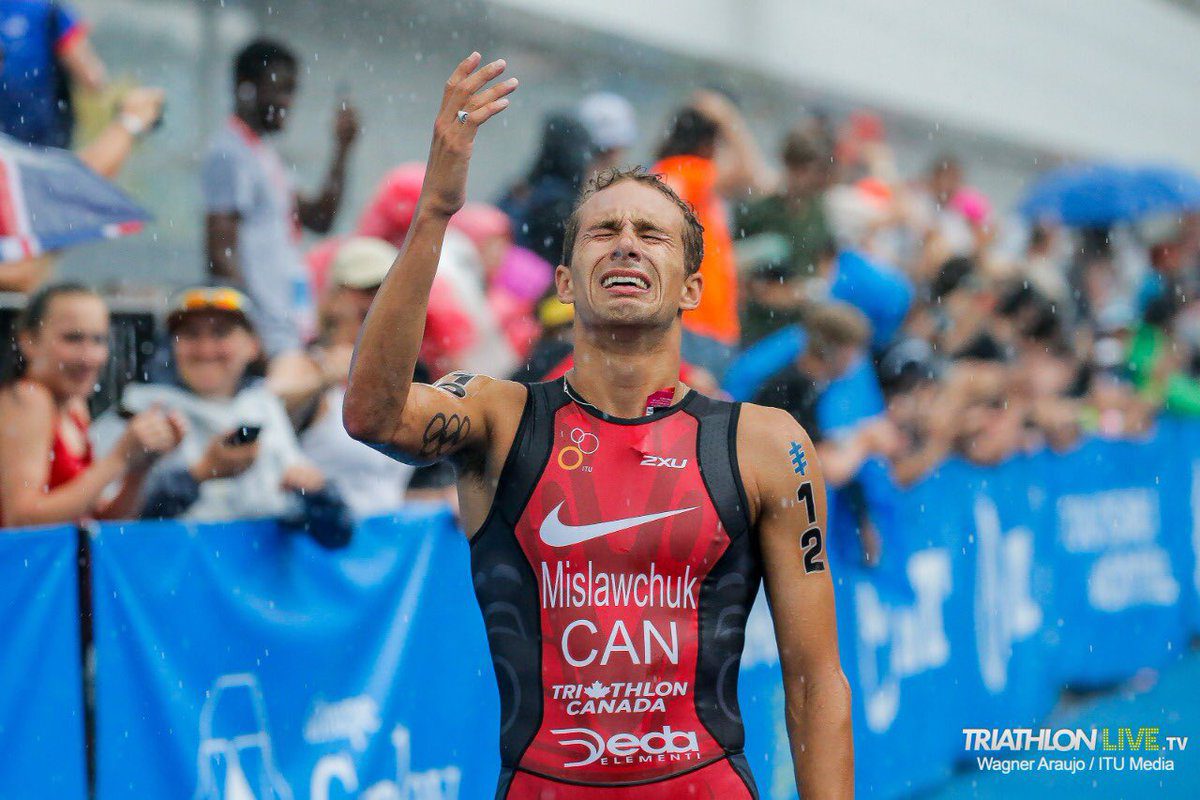 However, coming into the Montreal stop of the series in 2019, no Canadian man had made it to the podium. That all changed with Tyler Mislawchuk’s performance.

Mislawchuk came into the race with some momentum after winning his first World Cup event at Mooloolaba in March, then claiming a second in Huatulco three weeks prior to Montreal. His best WTS finish prior to the race in Montreal was a fourth in Yokohama in 2018.

In the sprint-distance event, Mislawchuk was part of a large lead group of around 30 athletes coming off the bike. Early on in the run the Oak Bluff, Man., native broke from the main group with six others, and, thanks to their hellacious pace, the numbers began to dwindle.

“I knew I was there running with the best in the world. What’s pretty crazy is at the 2.5-kilometre mark I was feeling great and thought I had the race won,” the now 25-year-old said post-race.

With 1.3 km to go, Spain’s Mario Mola made a surge and Mislawchuk and Belgium’s Jelle Greens responded. It would come down to those three to sort out the medals.

“My legs came off a bit and they popped me off around one of the final corners, but I knew I was going to be on the podium,” said Mislawchuk. “I can’t believe it. It is crazy, and a dream come true. Every corner there were Tyler chants so to do this at home is more special than any moment I have had in the sport.”