Paolina Allen has been a fixture on the Ontario triathlon scene as a pro for years, but her involvement in the sport is expanding. The coach and accomplished athlete can now add “race director” to her impressive triathlon resume, assuming the position for the Georgina Women’s Triathlon this year. Multisport Canada announced in January that they have named Allan the honourary race director for the newly-introduced event this year. Allan, who has been named both Triathlon Canada and Triathlon Ontario’s elite long course athlete of the year, spoke to TMC about what this role means to her and how she hopes to strengthen women’s participation in the sport.

How did you get involved with the race?

I got involved in this race through a great relationship with Multisport Canada. I have been racing their events for the last 10 years. Over the course of that time I have gotten to know the team really well, and they approached me to help out with this women’s race project.

Why is it important for our sport to have a women’s only triathlon?

As women, we are a great network for each other — we’re supportive of each other, encouraging and we can easily learn from each other. We’ve learned from experience in Ontario that women’s only races, such as the Toronto Women’s Running Series, always turn out to be very popular events.

Having a women’s only triathlon helps to bring more women to the sport. Many find it less intimidating than typical races, so it helps break down perceived barriers that prevent some women from trying it out.

What does your role as honourary race director entail?

As honorary race director, it’s my role is to encourage and help more women get involved. I want to help minimize the barriers for women who are thinking about doing a triathlon. I know that first time can be very intimidating.

Also, they told me how many porta potties were needed and I said to double that number.

How would you characterize women’s participation in triathlon right now in general?

Right now the overall numbers in triathlon are flat or down slightly. If there is one obvious area of growth, it’s with women. We need to work harder at making triathlon more welcoming especially for those thinking about entering the sport without any similar experience.

I live in Aurora and the race course is just north of there. One of my favorite bike ride routes is up to Lake Simcoe and back from our house.

This is the hometown triathlon race for anyone living in the GTA. You can easily  drive up to the race site for a training day and there’s a great beach and play area for kids if you need to bring the whole family.

This is also the perfect introductory triathlon race for first-timers. The bike and run courses are mostly flat and the distances offered are doable for anyone.

What’s your advice for women interested in but hesitant about getting involved in triathlon?

I get this question a lot. Triathlon is simple, though there’s a tendency to make it more complicated than it really is. If you can swim, ride a bike and run or walk, you can do a triathlon. The most important thing is to register and commit. I find having a specific race (or goal) is what can motivate you.  Put it in your calendar or stick a sticky note on your bathroom mirror and see that goal everyday.

Join a triathlon club or local swim, bike or run group. Keep the training social — this is what makes it fun and keeps you motivated.

You should also keep your training simple. It’s easy to get overwhelmed with the amount of information out there. Enlisting the help of a qualified coach is a great way to follow the best training plan for you.

Most importantly, have fun.

You’re an accomplished pro cyclist and pro triathlete. What are your own racing ambitions this year?

Everyone who knows me knows I love to race, it’s in my blood. However this year I will pick and choose my races more carefully. Last month I competed in Gran Fondo New York. I’ll also be racing at a few Multisport Canada events this year.

I’ve also been getting more involved in coaching. I love helping, guiding and encouraging athletes to be the absolute best that they can be. I always remind them it takes a lot of sweat, tears and discipline. Hard is hard, easy is easy… I can not stress this enough when it comes to training. When to go hard and when to go easy is the most important distinction to make. 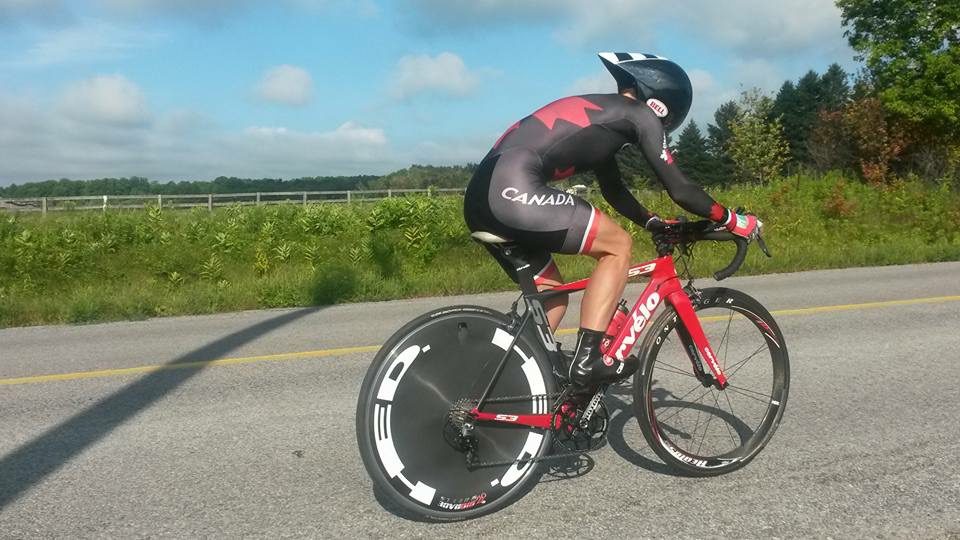