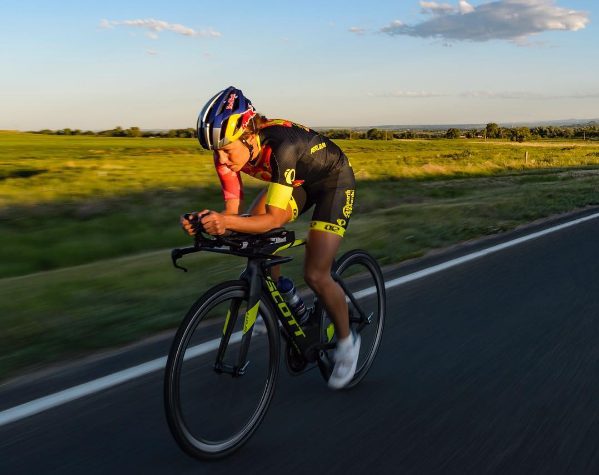 Throughout my career, after 11 months of training, racing and eating healthy, my coach (Jesse Kropelnicki) typically has me under the “gain five to six pounds before January program.” It’s not your typical Christmas holiday diet, but perhaps one we all need to consider.

In previous years, feeding my guilty pleasures of chocolate and treats would have me on my own personal naughty list. I was known as the family member who skimped on the delicious dinners and desserts that filled our house during the holidays. But this year, it’s going to be a merry one!

When Jesse gave me the two thumbs up in this area, I have to admit, I didn’t like it. I just came off a race where I was a lean-mean-fighting machine and now, he wants to turn me into a sloth. No training for a few weeks, gain weight and enjoy it!  Part of me relished in the idea that I’d get to splurge, but like most athletes, I needed the reassurance and full on explanation behind this madness. I wasn’t about to embark on expanding my waistline without knowing why and understanding how important it is long-term.

The plan for 2018: Why it’s OK to gain that extra five pounds during the holidays:

It’s like a dream come true for some: enjoy all the fixings, desserts and treats this holiday season – without the guilt! But why?

Body composition is an important aspect to season planning. In a recent article Jesse explains,

“Many athletes attempt to remain too lean throughout their season, creating added stress, and potentially breaking the stress budget… It is essential that athletes dovetail their nutrition/body composition with their training via a sound triathlon diet. Training and nutritional periodization should work in tandem with one another. Just as you would not want to reach peak fitness six weeks before a key race, the same is true of body composition. Despite this, many athletes rush towards race weight, only to find themselves battling illness and injury. Gaining body fat at the end of a season is a good thing, especially when an athlete spent much of the season in a very lean state. This allows a full recovery of the joints, hormonal and immune systems, and also adds a bit of training load as you start back up for the following season.

From a multiyear perspective, many overweight athletes attempt to lose 15 to 20 pounds within a couple of months, for a key race. Although this may be possible, it is not necessarily the best approach to race speed, as drastic diets can often  result in additional stress, compromised immunity and loss of strength. Instead, layout a multiyear plan where the first  year is spent shedding 10 pounds, and then allowing a gain of three or four pounds, during the off season. Then, in the second year, focus on losing another 10 pounds the following year, so on and so forth until appropriate body composition goals are met. This ensures that the athlete remains strong throughout their preparations for the big day each season, and is more sustainable over the long-term.

To add to this, Jesse explains that the added weight provides a training load that gives the peripheral system more soft tissue injury resilience and durability.  Once the weight is taken off later, higher intensity sessions can be added without the risk of injury.  He also believes this is why many females come back from pregnancy as faster Ironman athletes. They have carried a tremendous amount of weight around for about six months, and their peripheral system supported that load every day. The result, great durability!  Keep in mind, each pound that comes off later, results in about a three second per mile increase in speed.

Sounds good to me. Here’s to a great Christmas and holiday season. Pass the potatoes please!