Coached by Eric Deshaies in her hometown of Gatineau, Que., Beaulieu made her debut as a junior at the Grand Prix Elite series race in Joliette in June, placing third overall and second among juniors. One week later in Drummondville she won the second event of the series, defeating the entire field that included U-23 athletes.

She followed that up by winning both the individual and relay junior events at the 2019 WTS Edmonton in July, and then captured wins in both the enduro and eliminator events at Super League Triathlon Ottawa in August.

The season was capped off facing an international field at the Super League Jersey race, finishing second in the Youth girls event. 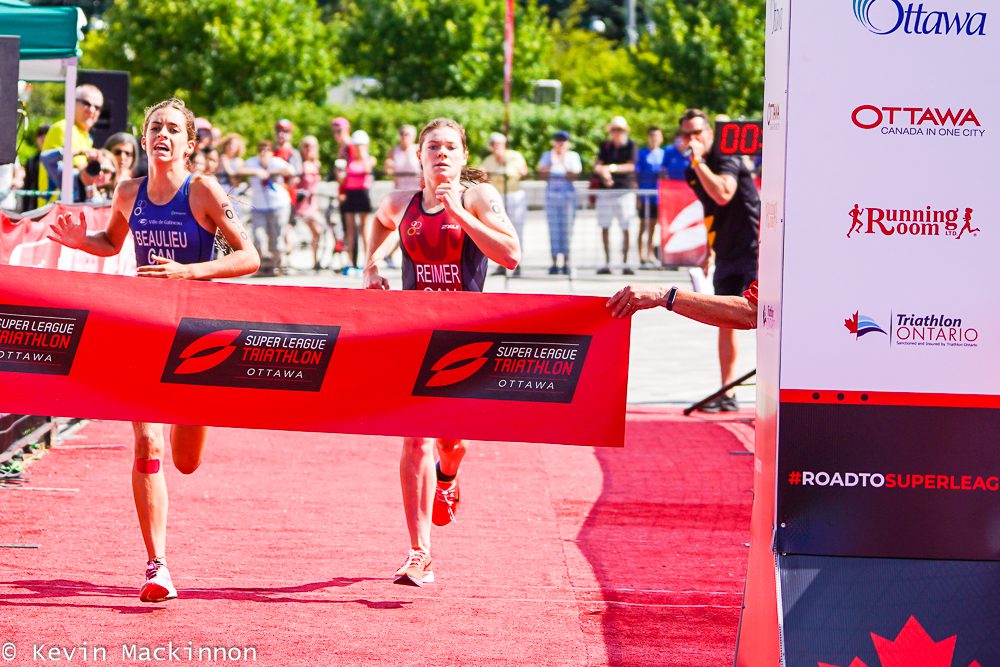 Reimer and Beaulieu sprint to the line at the Ottawa Super League race. Photo: Kevin Mackinnon

A pair of top-10 finishes at CAMTRI races – fifth in Montreal race and eighth in Monterrey – highlighted Victoria’s Colette Reimer’s season, enough for her to get the nod from Triathlon Canada as their Junior Triathlete of the Year.

The 17-year-old Gupta-Baltazar had a strong year, finishing as the top Canadian at the Junior World Championships in Lausanne in 32nd place. The Kleinburg, Ont., native also had her first two career top-10 finishes in the CAMTRI developmental series, taking seventh in both Bridgetown and Salinas.