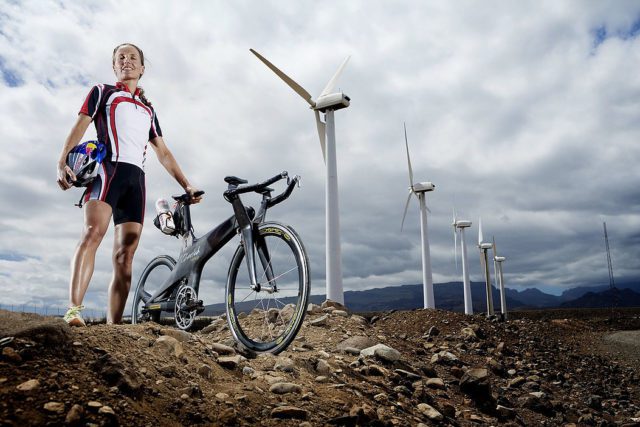 Switzerland’s Natascha Badmann has raced as a pro in the sport since the 90s and is one of the true legends of long distance triathlon. Now nearly 50 years old, she has decided to retire but will be ending her career with a final race in Kona.

Badmann has had a career full of ups and downs but has displayed commitment and dedication to the sport throughout. She was the first European woman to win Kona, which she did six times, but in 2007 suffered a major injury in the race when she collided with a cone on the bike course and wrecked her shoulder and collarbone.

Despite being hit by a car in 2014, she’s still been a fixture on the long distance racing scene. She made it her goal to qualify for Kona as a pro in the year of her 50th birthday, however she fell short of earning enough KPR points (earning the 5th alternate spot). Yesterday, Ironman announced they would offer Badmann a “wild cart” slot on the official pro women’s start list “to commemorate her career and and retirement from pro racing.”

Note: Her invitation there does not make her eligible for awards or prize money.