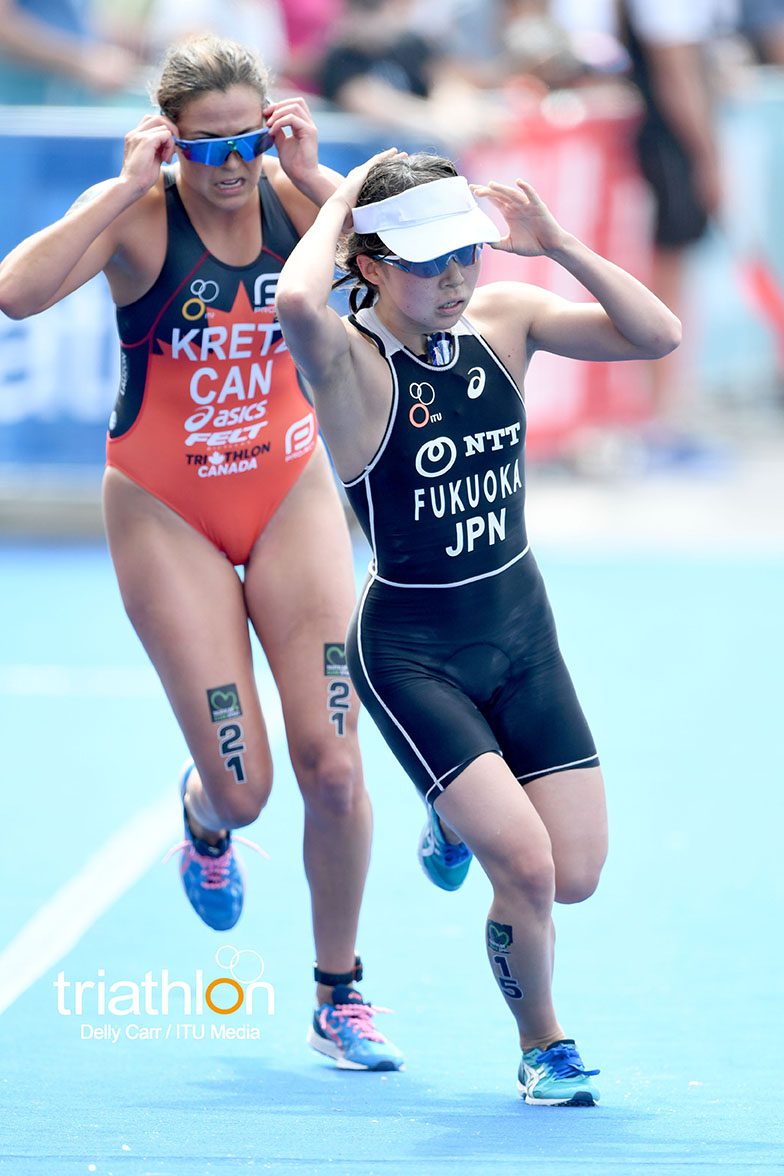 The Mooloolaba World Cup kicked off many ITU athletes’ final training and racing block before the Commonwealth Games in Gold Coast, Australia next month. A good crew of Canadian athletes showed up for the challenging race and it was Rio 2016 Olympians Tyler Mislawchuk and Amelie Kretz who took home top Canuck finishes with ninth each in the men’s and women’s race.

For both, this was a solid result after a challenging post-Olympic year. Mislawchuk built on his 11th place finish a few weeks ago at WTS Abu Dhabi and Kretz took home her strongest result on the world stage in many months.

“There were definitely some positives today, but given it was the first race of the season there was a bit of rust,” said Kretz, who won the silver medal on the famed Mooloolaba course in 2015.

“I had a rough start, and got dumped by the big waves, but I didn’t panic and made my way back to the front slowly.”

Coming out of the water with the leaders of the of the 750-metre surf swim, the Blainville, Que. Olympian was dealt another dose of bad luck early in the 20-kilomtre technical bike ride when her helmet strap unclipped.

“I had to stop and clip it so I didn’t get a penalty. I lost the group there, and ended up playing catch up for the rest of the race.”

Kretz dug deep on the bike to limit the damage on the four-lap trek along Mooloolaba Esplanade where she came into second transition 15 seconds down from the lead pack.

“I had a solid run considering the work I had to do on the bike. I fought until the end and gave everything I had so I can’t be disappointed with that. I had fun today, and raced aggressively, so I have to be happy with that as well.”

Australia’s Emma Jeffcoat finished on top of the stacked field, bringing the hometown crowd to its feet after breaking the finish tape with a time of 59:35. Kirsten Kasper, of the United States, locked up the silver medal with a time of 59:51. Italy’s Angelica Olmo enjoyed a champagne shower on the bronze-medal step the podium after posting a time of 1:00:00.

A stellar line up of 51 determined men also dove into the surf in hopes of claiming the Moololaba title.

Tyler Mislawchuk was the top Canuck in ninth spot. A solid swim and bike for the second-straight week led the 23-year-old Oak Bluff, Man. resident to a time of 53:49.

With files from Triathlon Canada.