WTS Gold Coast saw exciting men’s and women’s races this morning as Mario Mola and Andrea Hewitt took the wins on the sprint distance courses in thrilling battles against the ITU’s top athletes. For Mola, it was an exciting footrace between Spanish teammates Javier Gomez and Fernando Alarza and training partner Richard Murray that resulted in a breakaway for the speedy world champion. For Hewitt, the win earned her a second consecutive WTS title of 2017 and proved she’s back on top after six years of consistent but not stellar results. 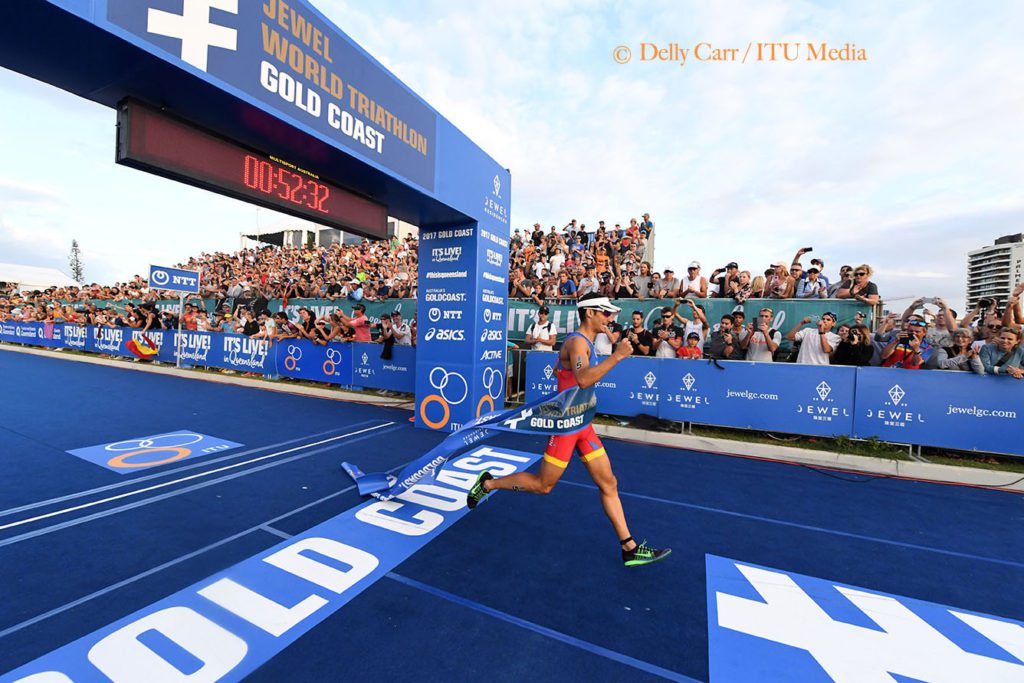 “It was a very tough race as usual, but with the sprint, Richard, Fernando and Javi they were all on fire. I had to give 100 percent today to get this win,” Mola said, whose winning time was 52:35. “Every race is a new opportunity and a different opportunity to give our best and to try our best. In Abu Dhabi I do not think I was less fit or more than I was today but in this racing these guys are very good and if you don’t have your best day you go from first to eighth to twentieth, that is racing. So to get a good result I am happy to have a good performance.”

Mola was joined on the podium by Murray in second, Alarza in third. Gomez pulled up in fourth but remains the series leader so far in 2017 thanks to his Abu Dhabi win.

“I think it is almost compared to Rio, I gave everything I could and Mario was like a surging machine out there, like a car going in sport mode every twenty seconds! But I responded as much as I could and then I was on the rivet for maybe the last u-turn all the way back near transition and I stayed with him a few times but I did all I could,” Murray said.

Hewitt was elated to have earned the win again this morning. 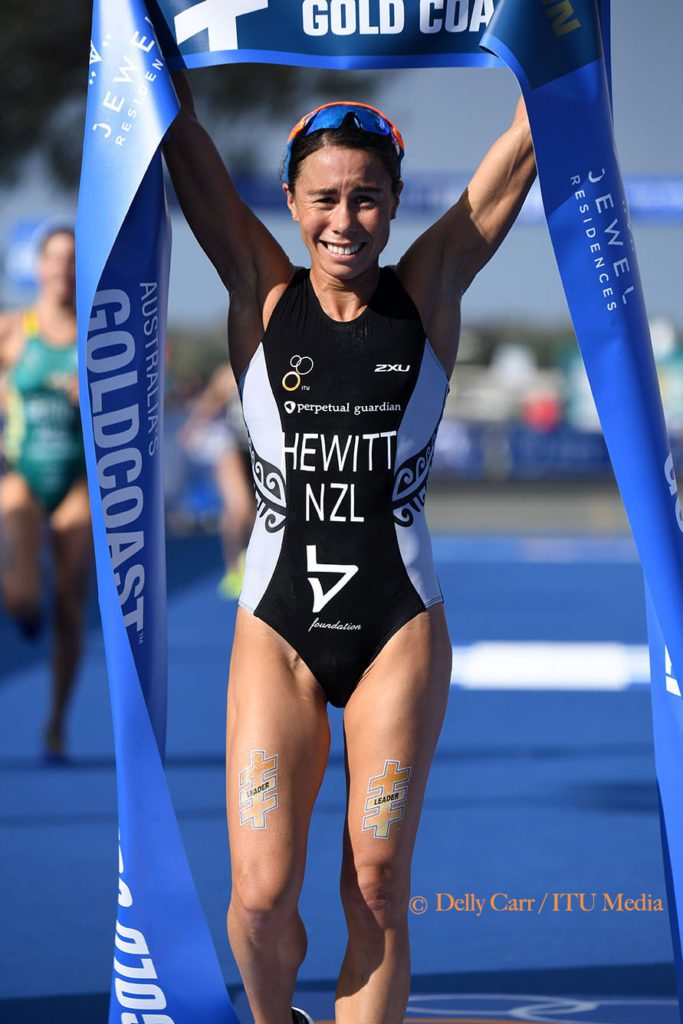 “I knew my running was good and that is why I went out at that pace, but you never know how the race is going to go and today I just ran a 5k at my pace and it was good enough to be out in front, so I am really happy,” she said of her day’s performance.

The win also came after the Kiwi had just celebrated her 35th birthday the week prior to race day.

“Last week was my birthday, but age is just a number isn’t it?  It just all comes down to the training, today my swim and bike wasn’t up there but then I had the legs on the run so that is just how triathlon goes.”