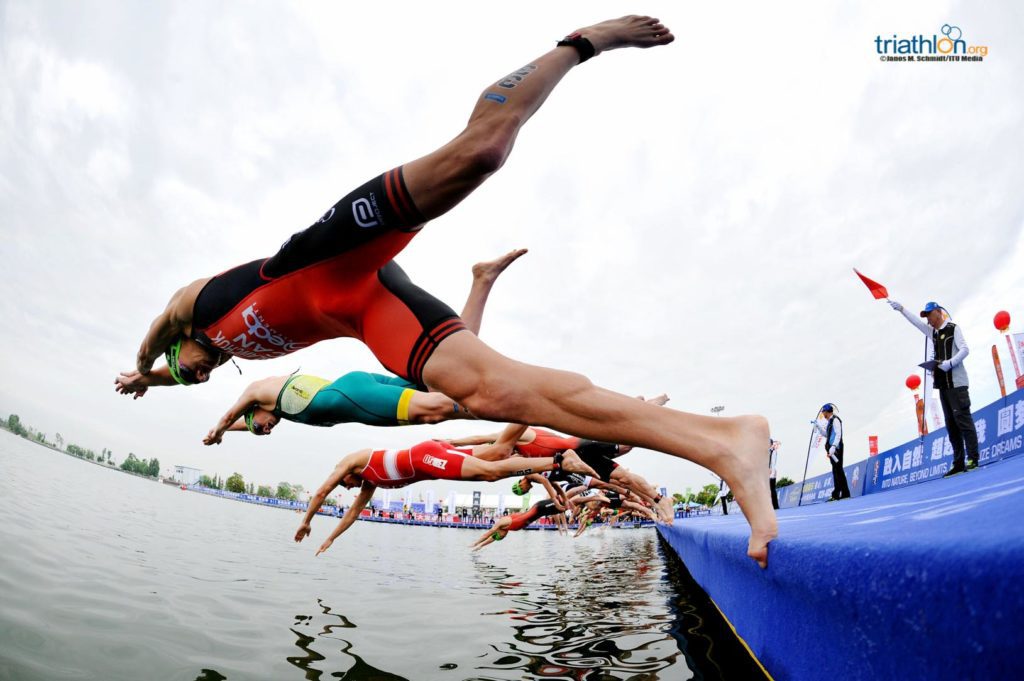 Tyler Mislawchuk had a successful sixth-place finish in his first major triathlon test in nine months while competing in a unique two-day World Cup race format in Chengdu, China.

Injured after a solid 15th place at his Olympic debut in Rio last August, the 22-year-old Mislawchuk clocked a time of 26 minutes, 57 seconds in Sunday’s super-sprint final race which consisted of a 400-metre swim, 10-kilometre ride followed by a 2.5-kilometre run.

“This was my first hit since Rio so I had a quite a few cobwebs that I needed to blow out,” said Mislawchuk, who rattled off four top-10 finishes on the World Triathlon Series one year ago. “I couldn’t run for four months after Rio so this is a nice starting point to build on for the season. Triathlon is filled with ups and downs, so I’m grateful for the people who are there with me for both.”

Mislawchuk came out of the water near the front of the pack of 30 before 29 riders formed one large group on the bike, setting up a one-lap sprint for the medals on the run.

The Oak Bluff, Man resident finished 11 seconds off the gold medal pace set by Australia’s Matthew Hauser (26:46) following a furious dash when foot hit the road. He was seven seconds behind Aussie Luke Willian (26:50) for the final spot on the podium.  Rostislav Pevtsov, of Azerbaijani, celebrated the silver medal at 26:48.

One other 22-year-old Canadian squeaked into Sunday’s final after placing 11th in his semifinal heat. Xavier Grenier-Talavera, of Vaudreuil-Dorion, Que., finished in 24th spot at 27:24.

“I had to give it pretty much my 100 per cent to make it into the finals so I didn’t have much left in the tank for today,” said Grenier-Talavera. “I was satisfied for the semifinal execution, except for some troubles in transition two. Even though it wasn’t the result I was aiming for, I gained some valuable experience in the race.”

The rare two-day race format, which will be used at Triathlon Canada’s National Championships in Ottawa next month had a total of three sprint distance semifinal men’s rounds (750-metre swim, 20-kilometre bike, 5-kilometre run) where the top-nine men from each round qualified for the finals, followed by the next top three fastest times to create a total of 30 men for the A Final start list.  The remaining athletes were relegated to a B Final.

“I love the double day format with a semis and finals, however, I would prefer to have two sprint distance races as it becomes more about swim/bike/run,” added Mislawchuk, who advanced to the finals after crossing the line in a photo finish on Saturday with Austria’s Lukas Hollaus and Australia’s eventual bronze medallist Luke Willian.

“It’s great to experiment with different formats. I love Olympic distance, but it is also great to have some sprints and this semifinal and final format, along with relays. It’s great for our sport to have different and new formats.

Michael Lori, of Tecumseh, Ont., was the lone Canadian to be relegated to the B Final where he finished third.

There were no Canadians entered in the women’s race.