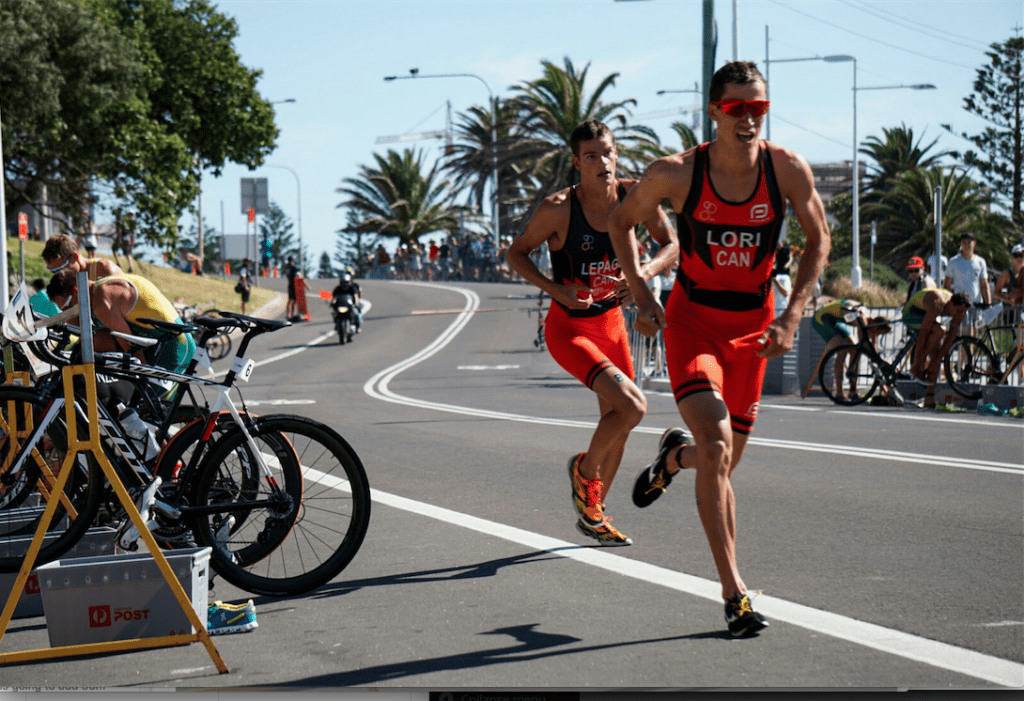 Canada’s Michael Lori grinded out a sixth-place finish on one of the toughest World Cup triathlon courses on the planet on Saturday in Mooloolaba, Australia.

Competing in his first race of the season, the 25-year-old enjoyed the best World Cup result of his career after clocking a time of 1:45:05 in the Olympic distance race.

“I had no expectations coming into this one,” said Lori, who credits a recent swim training block for his ability to tame the two-metre waves in the 1,500-metre swim. “I only decided to do this race two weeks ago. It was my best World Cup finish so I am very happy.

“I have done limited biking and running, but that was a very comfortable swim which made the race a lot easier.”

Coming out of the water in third spot, the Tecumseh, Ont. resident settled into a lead group of 11 for the 40-kilometre bike leg. The group hammered the pace and opened more than a one-minute lead on the chase pack, while powering through the 16 punishing hills featured in Mooloolaba.

After a quick second transition two, Lori bolted off the blue carpet where he matched strides with the lead group of five until halfway through the third lap on the 10-kilometre run course. Athletes are led up eight more hills in each of the four laps on the run.

“I felt surprisingly good on the run, but the hills on the bike and run course started taking its toll and I faded. I just didn’t have the distance in the legs this early in the season,” added Lori, who is coached by Derick Williamson.

“The weather was hot and very humid. Combine that with the crazy course where you are either riding or running up and downhill the entire way made it very difficult.”

Lori was not able to match the pace set by race winner Luke Willian on the run. The Australian punched the clock at 1:43:48 to take his place at the top of the podium. Willian’s teammate, Drew Box, settled for the silver medal at 1:43:56. Sam Ward, of New Zealand, rounded out the podium in third at 1:43:58.

One of Canada’s most promising development athletes also hit the start line in Australia.

Xavier Grenier-Talavera, of Vaudreuil, Que. battled through the difficult conditions to a 12th place finish. Coached by Kyla Rollinson, Grenier-Talavera finished with a time of 1:46:32.

“I’m definitely disappointed by the result as I didn’t feel into it right from the start. I thought I had the fitness to do a top-five, but that didn’t end up quite the way I expected,” said the 21 year old, who was also with Lori in the lead pack of 11 on the bike that broke away out of the swim.

“The conditions were definitely challenging with the heat, some chop in the water and strong wind on the bike course. The hill in the middle of the bike was very challenging and the transition area very technically challenging on the bike. It was a rough day.”