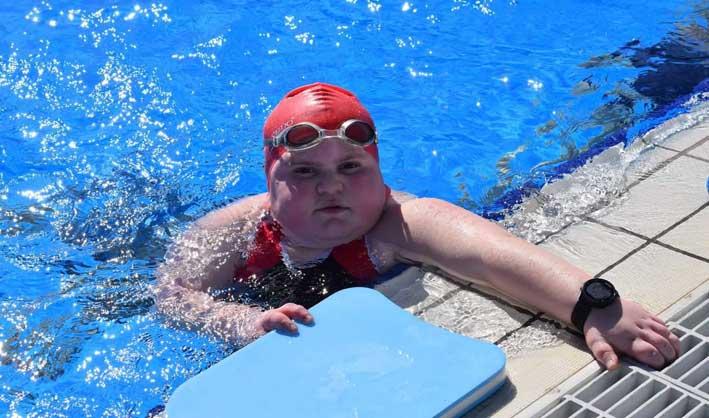 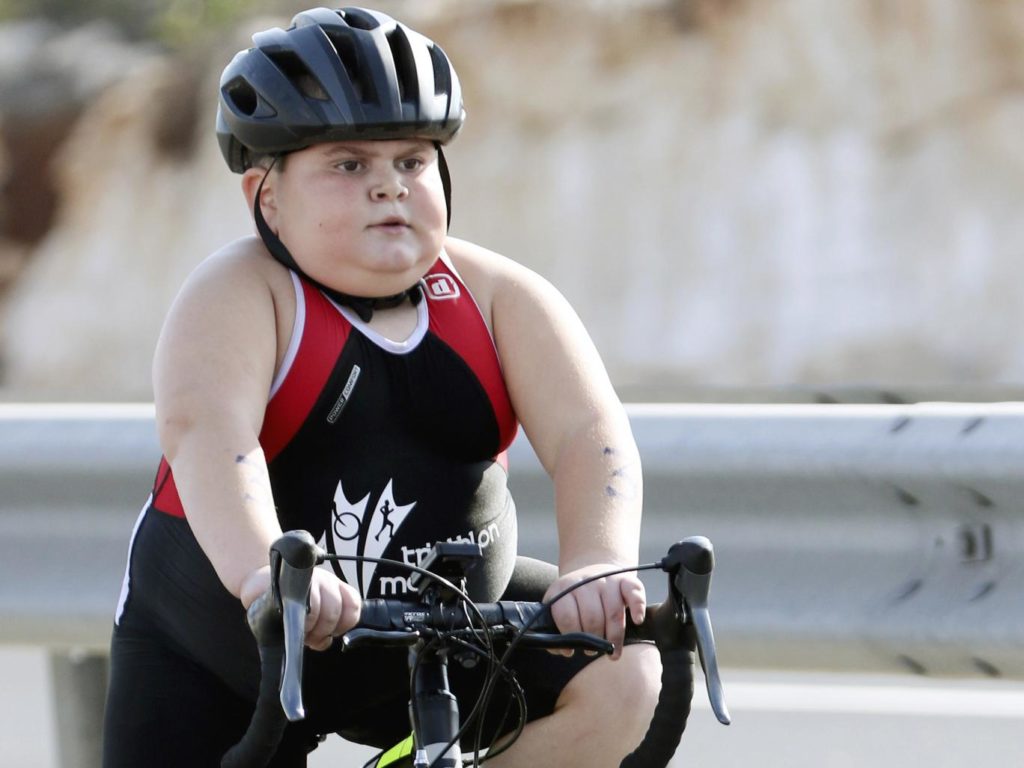 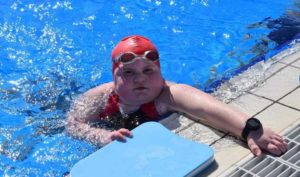 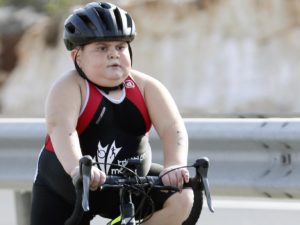 An eight-year-old boy from Malta with a rare hormonal disease has been using triathlon to stay alive.

Jake Vella was diagnosed with ROHHAD syndrome — Rapid-onset obesity with hypothalamic dysfunction, hypoventilation, and autonomic dysregulation — at age six. The rare disease causes him to gain weight despite regular exercise and healthy diet. Less than 100 people have ever been diagnosed with the condition. Doctors expect patients with ROHHAD won’t live beyond their twenties.

In an effort to stay as healthy as possible, Vella has been training for triathlons with the Malta Youth Triathlon Association.

“Triathlons help Jake to keep fit and active,” his mother explained in an interview with DailyMail. It’s good for his health and also gives him a chance to socialize with other kids. He trains with (the club) three times a week, and it really is like a second family to him.”

She added, “He leads a normal life, goes to school, plays the drums, but he has to be very careful not to get sick. We are frightened that a simple flu could lead to other complications.”

Vella is inspired by the Brownlee brothers and despite his disease, has dreams of competing in triathlon at the Olympics one day like his idols.

ROHHAD is a “life-threatening condition” that affects the nervous system. Symptoms of the disease include slow heartbeat, excessive sweating, altered pupil response to light and inability to maintain normal water balance in the body.

Vella’s coach says the eight-year-old is dedicated to his training and never misses a session. They make adaptations to his training schedule where necessary to meet his special needs.

He describes the boy as “an inspiration to many.”

With files from STEPHEN MATTHEWS FOR MAILONLINE