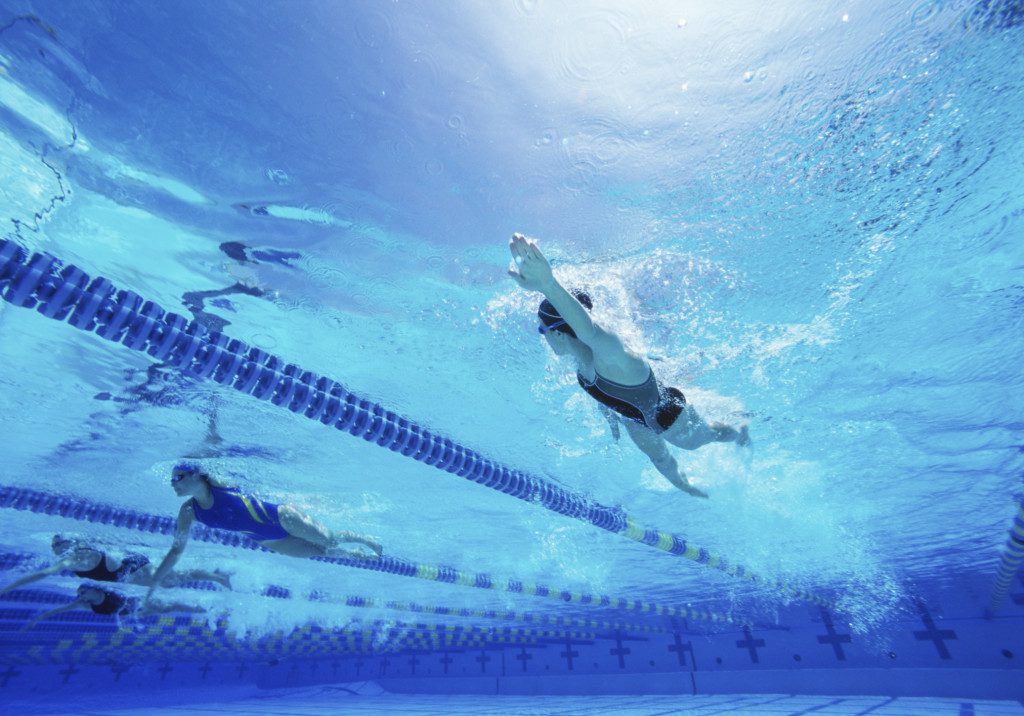 How often do you hear fellow triathletes and even coaches say that kicking isn’t important in triathlon swimming? It’s not true, but there is a grain of truth in the lie. While you don’t want to spend too much time developing your kick, having a weak, inefficient kick or overkicking will cost you in a race.

The kick does two things: it assists in propulsion and position. In distance swimming (and, whether you’re racing a sprint or a full Ironman, you’re engaged in a distance swim) you want the focus of your kick to be on position. A strong position in the water ensures your stroke will be more effective and less energy will be required to pull yourself through the water. Your kick needs to keep you level and high in the water. You might say that your wetsuit achieves the same result, which is right. But, with just a small amount of energy from an efficient kick, your position will be that much better. It will also help with your rotation, which you need whether you’re in a wetsuit or not. And, besides, you may not want to limit yourself to wetsuit races only.

A big kick should be treated like a nitro button on a street rod. You unleash it with discretion and only for short periods of time to increase your speed. For pros, and anyone trying to podium in their age group, getting into a good pack right from the start is important. Also, from time to time, you may need to accelerate to bridge a gap, to get your pace back up after a buoy or to drop a competitor. Kicking harder for a while is necessary, but it comes with a cost, taking some much-needed energy you might need later in the race. If your kick is weak, the cost is even higher.

For the triathlete who is simply hoping to get to the finish line with some dignity, employing a smooth steady kick that optimizes your position in the water is the way to go. The exception is when you’re within a few minutes of the finish. Increasing the vigour of your kick will warm the legs up a bit, which helps when you jump on your bike.

Kicking does more than just help you swim more efficiently, too. It’s a fantastic, non-impact way to strengthen the connective tissues in the knees and hips. It also works the core and quads in ways specific to the sport.

You should dedicate about 10 per cent of your swim workouts to kicking. A person with a strong kick can maintain that strong kick with less, but a swimmer with a weak kick may need to spend a little more time getting their kick strength up.

Work your kick during training, then use it sparingly while racing. Remember, you have to bike and run after swimming. Starting the swim with a weak kick will mean weaker legs for the next two events.