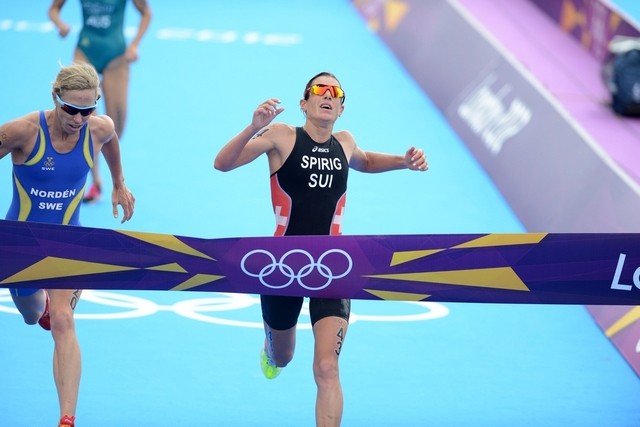 It would be hard to forget the incredible finish of the women’s triathlon at the London 2012 Olympics, where Sweden’s Lisa Norden and Swtizerland’s Nicola Spirig flew across the finish line simultaneously and Spirig was determined the winner by a photo finish. Though Norden hasn’t seen any major success on the ITU scene in recent years — she placed 16th in Rio and finished 24th at the 2016 ITU Grand Final in Cozumel, with no WTS podiums in the last two years — the 32-year-old has announced in an interview with  Swedish news source SVT that she’s going long soon.

“Rio was my last Olympics”, reads article’s headline, translated to English — Norden goes on to say that she hasn’t fully moved away from draft-legal racing for now, as she is working towards a strong result at the WTS event in Stockholm this summer, but has committed to a long-term plan that involves targeting the half distance in 2018. The uber-cyclist also plans to compete at some cycling races this summer.

Norden, who held her own in the strong lead pack of cyclists on the gruelling Rio bike course last summer, is a similar athlete to Daniela Ryf with her strong swim skills from an ITU background and prowess on the bike. As she shifts towards the non-drafting world, is it possible she could become the next star to threaten Ryf’s long-course dominance? We’re interested to see how she fares in Stockholm this summer and whether her transition to long course proves to be as successful as we think it could be.