Lionel Sanders had the race of his life today at Ironman Arizona, overcoming a significant deficit after the swim to overtake an incredibly stacked field and not only win the race, but smash the standing Ironman-branded world record in the process. His remarkable performance of 7:44:29 broke down into a 53:45 swim, 4:04:38 bike and 2:42:31 run.

What is looks like to break a world record @LSandersTri #IMAZ pic.twitter.com/hTRHVXWCVs

Sanders started the day off with a seven minute deficit going into T1, a large gap but not usual for the 28-year-old (also an improvement on his eight-minute deficit last year, when he took his first Ironman Arizona title). It was in the second half the bike that the “Green Flash” made up serious ground on the leaders, and eventually slid himself into second place behind Australian Cameron Wurf. After the first mile of the run, Sanders had cemented his lead and did what he does best — deliver a crushing marathon time.

Today’s race was exceptional for Canadian long distance athletes as Brent McMahon delivered another impressive performance, working his way through the field as well on the bike and run and coming in second behind Sanders. McMahon’s remarkable 2:40:17 marathon was the fastest of the day. He posted a time of 7:50:15. TJ Tollakson came in third in 8:02:30. 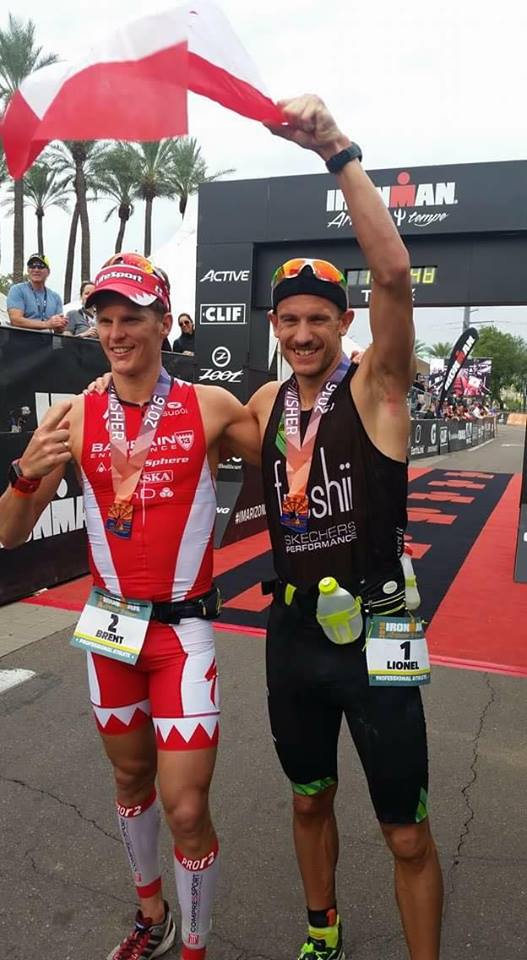 Sanders’ history-making performance solidifies his position has one of the most dominant men in the sport currently. This was the end of year performance he was hoping for after under performing in Kona and at the Ironman 70.3 World Championship in September.