For the fifth straight year, Maxime Leboeuf of Gatineau, Que., held onto his place at the top of the podium in his home town of Quebec City, at the 7th edition of the ITU S3 Winter Triathlon World Cup on Sunday, while Sweden’s Lovisa Modig made it a hat trick with her third straight title.

Indeed, it was a clean sweep for Quebecers in the men’s élite race: Leboeuf crossed the finish line in 1:07:07, with last year’s bronze place finisher, Christopher Busset, just over a minute behind him, in 1:08:24. Forty seconds later, Olivier Babineau stepped out of his skis. 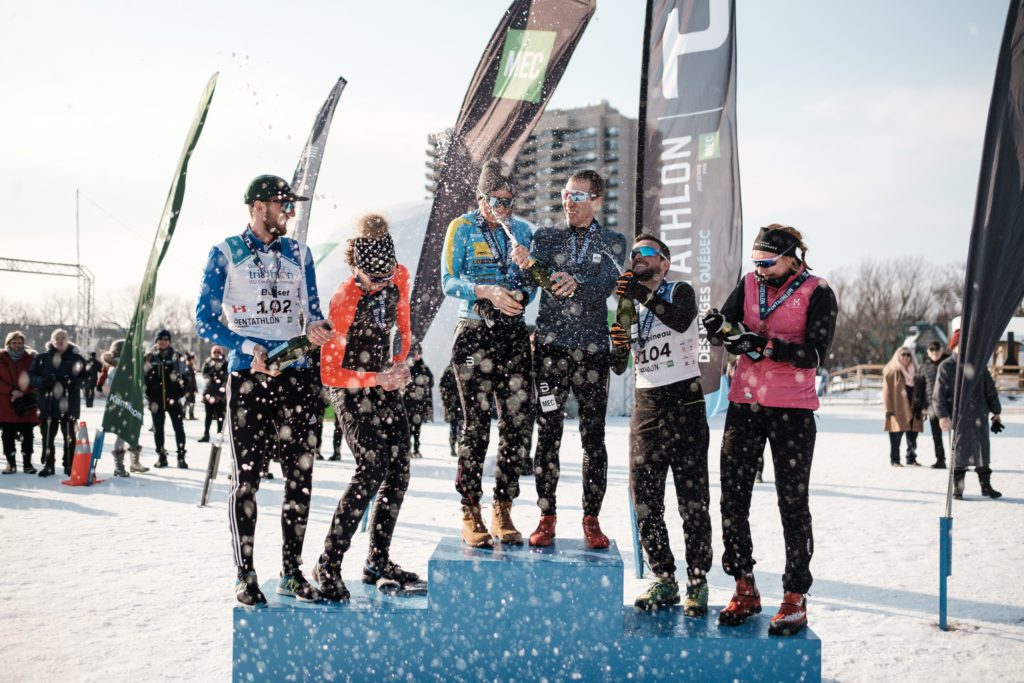 A year ago, Leboeuf beat the pack in a near blizzard, where competitors could scarcely see the wind-blown ski track. This year, it was a balmy 4 C on the snow-packed Plains of Abraham, “near perfect” conditions, said the 32-year-old Bank of Canada analyst.

“I’ve been a skier all my life, so I’ve seen everything,” said Leboeuf. “But these were probably the best ski conditions ever. The ice was pretty good, too.”

That ice is a 400-metre oval that’s been artificially refrigerated since 2014 — a gift from Quebec City to the Pentathlon des neiges, guaranteeing the race organizers dependable skating conditions for the annual event, now in its 16th year.

The ITU S3 event, held for the past six years, attracted once again in 2020 some of the best cross-country skiers in Scandinavia and a three-time snowshoe-racing world champion, Stéphane Ricard of France. 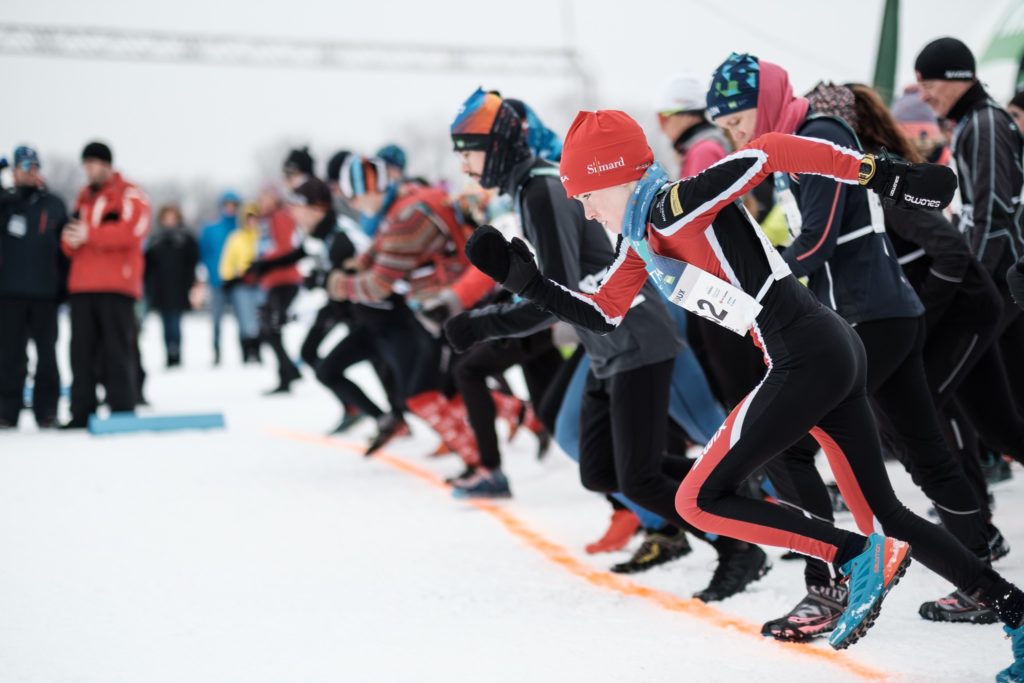 The  triathlon is comprised of a 4.5-kilometre run, an 11K skate and a 9.5K cross-country ski, all on the historic battleground overlooking the ice-clogged St. Lawrence River.

“I only skated twice this year, just to get the feeling right,” confessed Leboeuf, who is busy helping to raise his two-and-a-half-year-old son and a four-month-old daughter.  “So the volume wasn’t there.”

Leboeuf also got dinged with a 30-second penalty after the run for neglecting to put his shoes in the right place before slipping into his skate boots. He made up for lost time easily in the ski portion, but he said with a little less time to train, he has become more strategic in his approach — taking turns drafting with the equally speedy Busset in the run.

“I was probably 30 seconds faster, because he was there,” Leboeuf said. 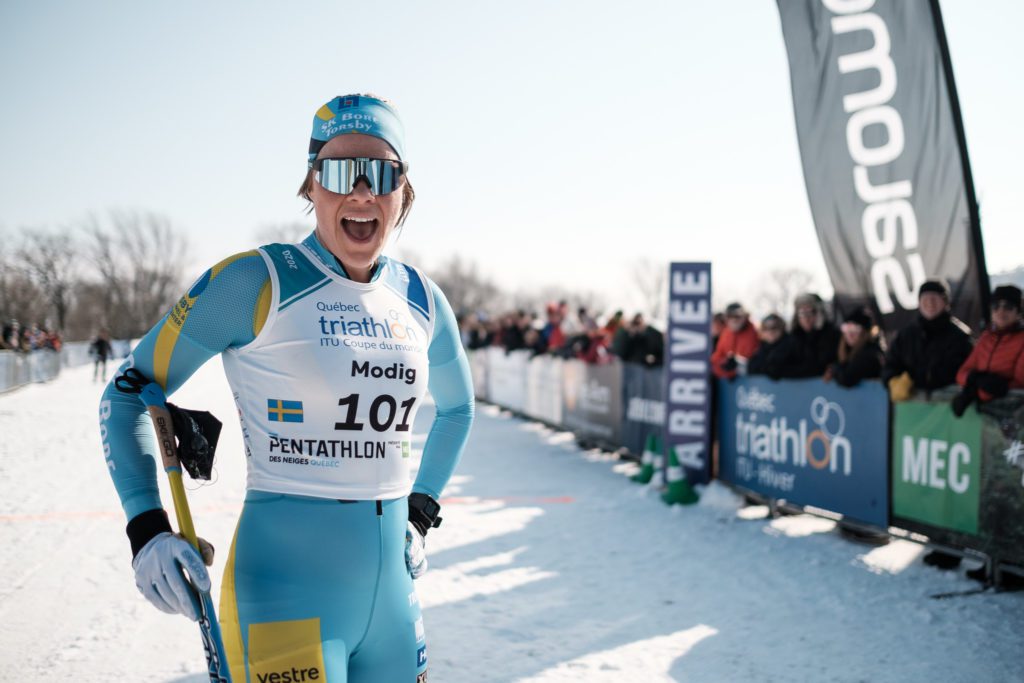 For a third straight year, Sweden’s Lovisa Modig won the women’s race, with a commanding lead, in a time of 1:13:25. Quebec’s Ariane Carrier, 31, took silver in 1:18:16, with Modig’s fellow Swede, Clara Auland, just seconds behind her to take the bronze.

A sprint race and an age-group 25K event followed the élite race, preceded by a run-ski-run duathlon earlier in the day. Sunday’s events attracted just under 200 participants, but that was just a precursor to a full week of activities that this year have attracted 6,107 competitors, making it the biggest winter multisport event on Earth. Thousands of school kids are taking part in the invitational tournament, and on Feb. 29, the individual and team pentathlon will be held, adding bike and snowshoe legs to the race.  The festival wraps on March 1 with the “social integration challenge” — a friendly race open to children and adults with physical and intellectual disabilities and their families and friends. 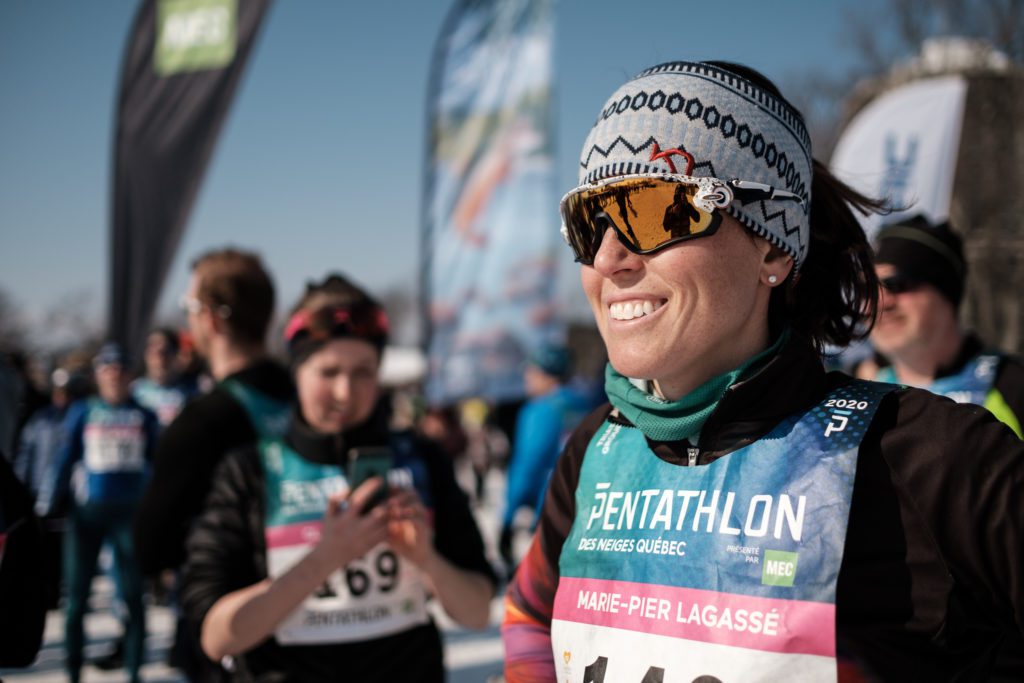 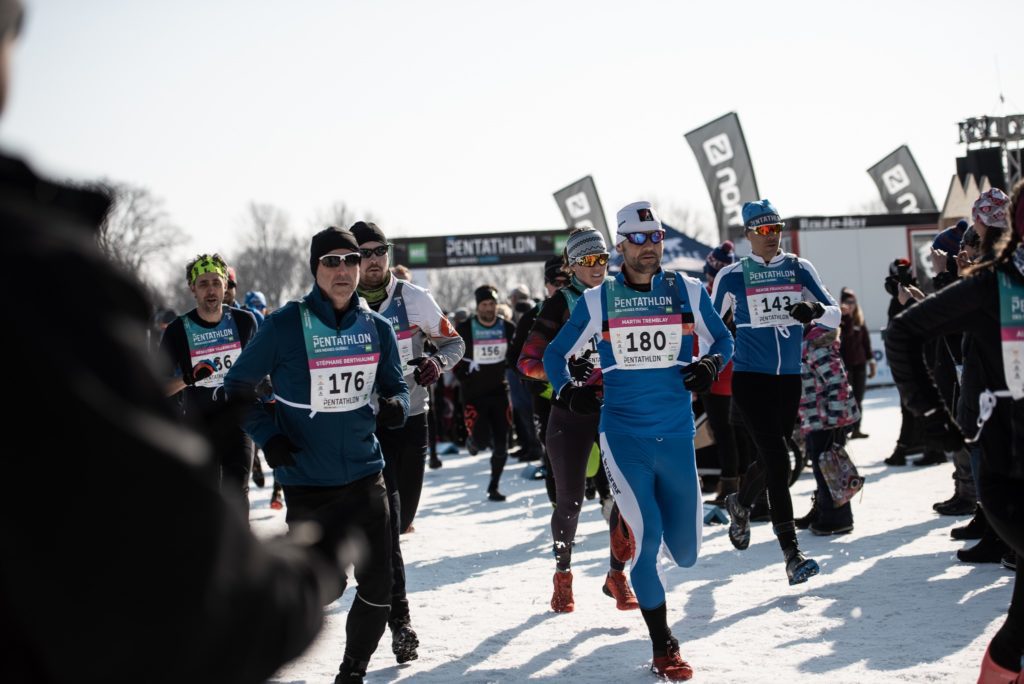 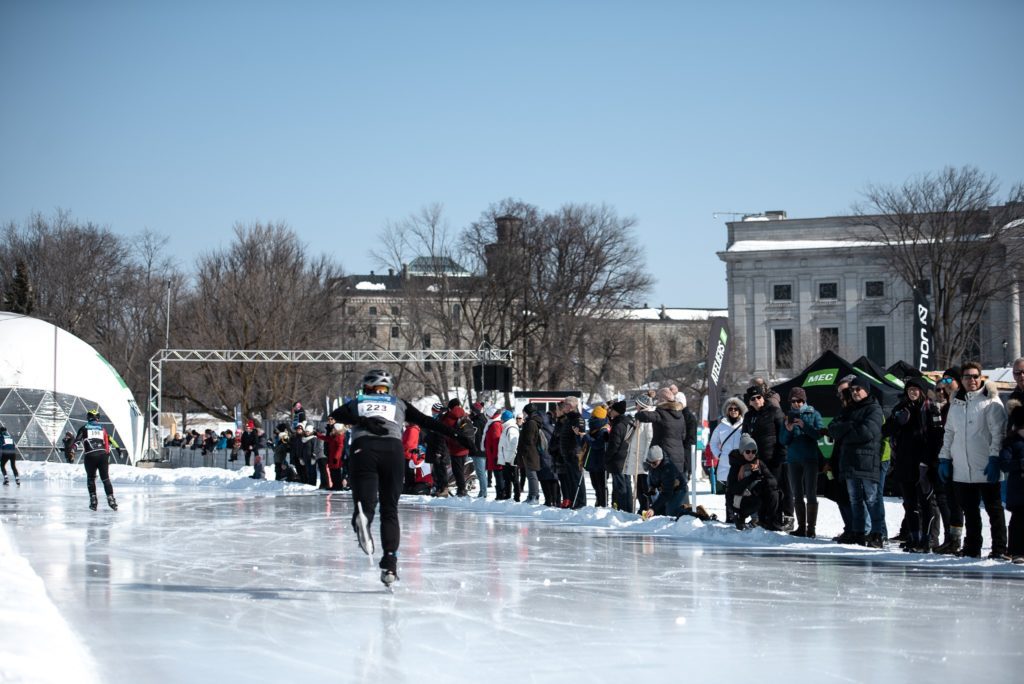