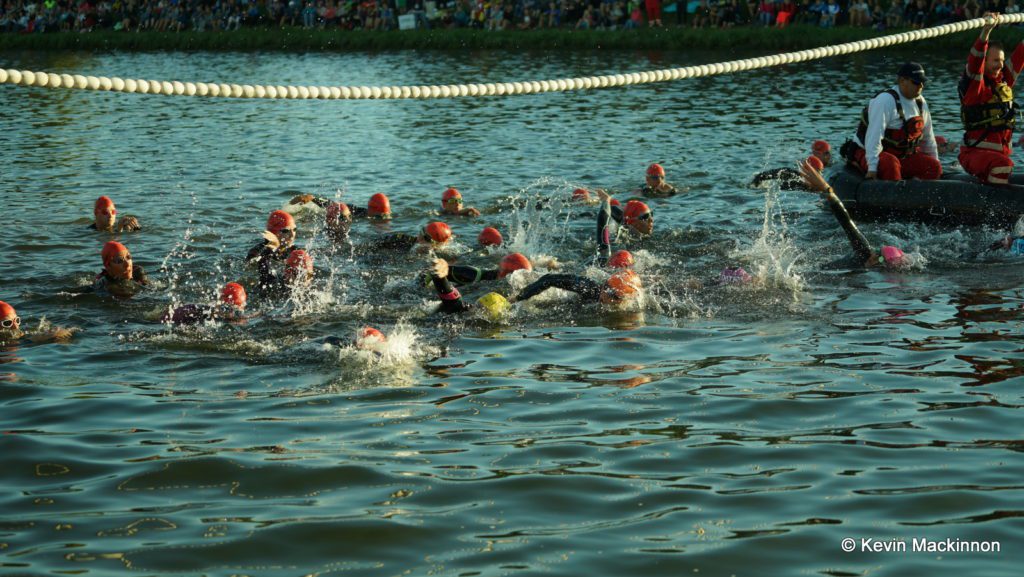 Sighting in the open water is important. 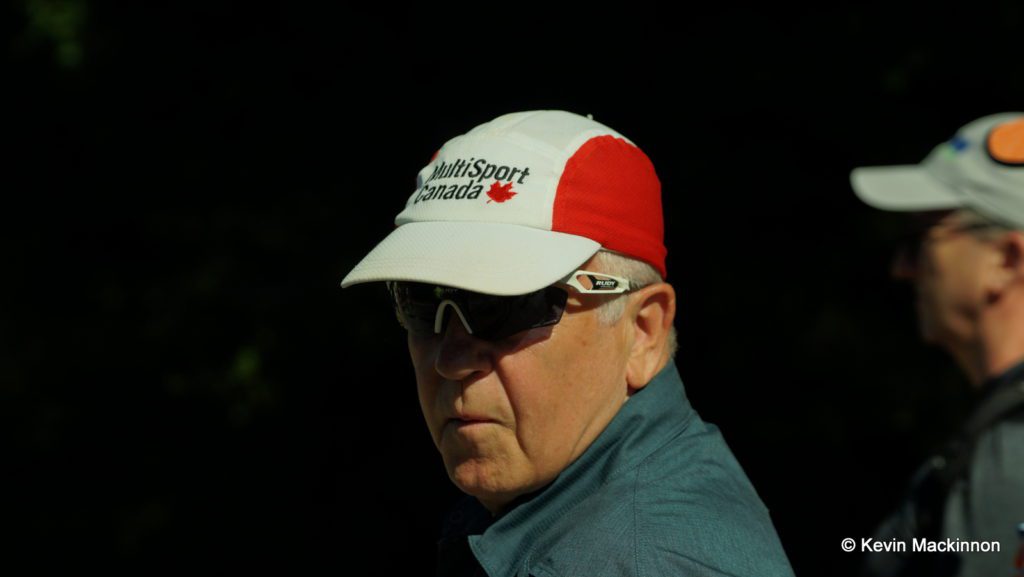 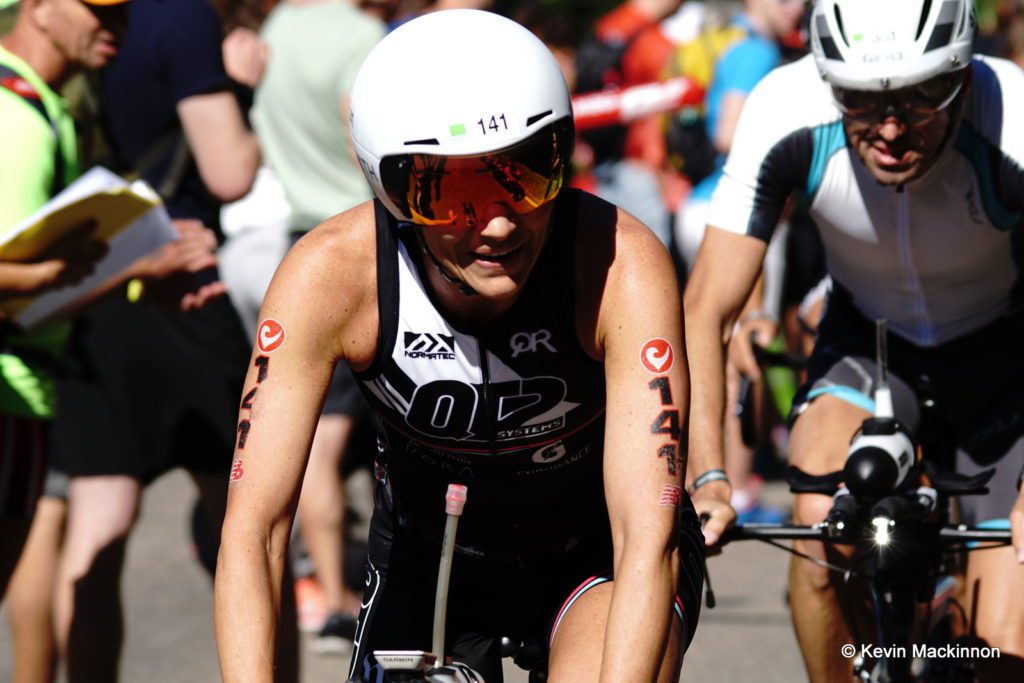 Kimbery Fabian on the bike. 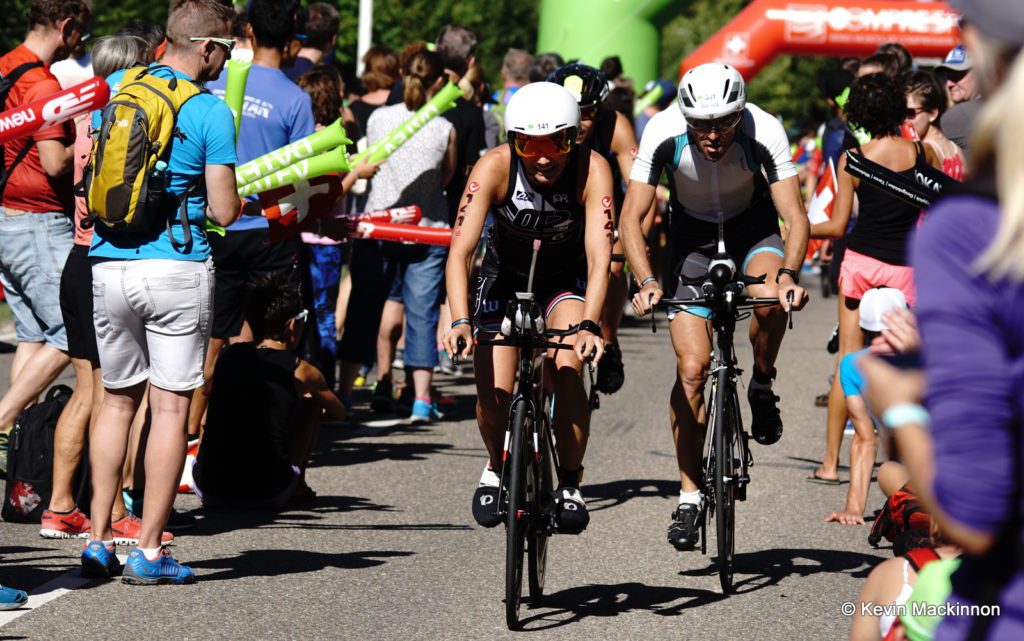 Kimberly Fabian on the bike. 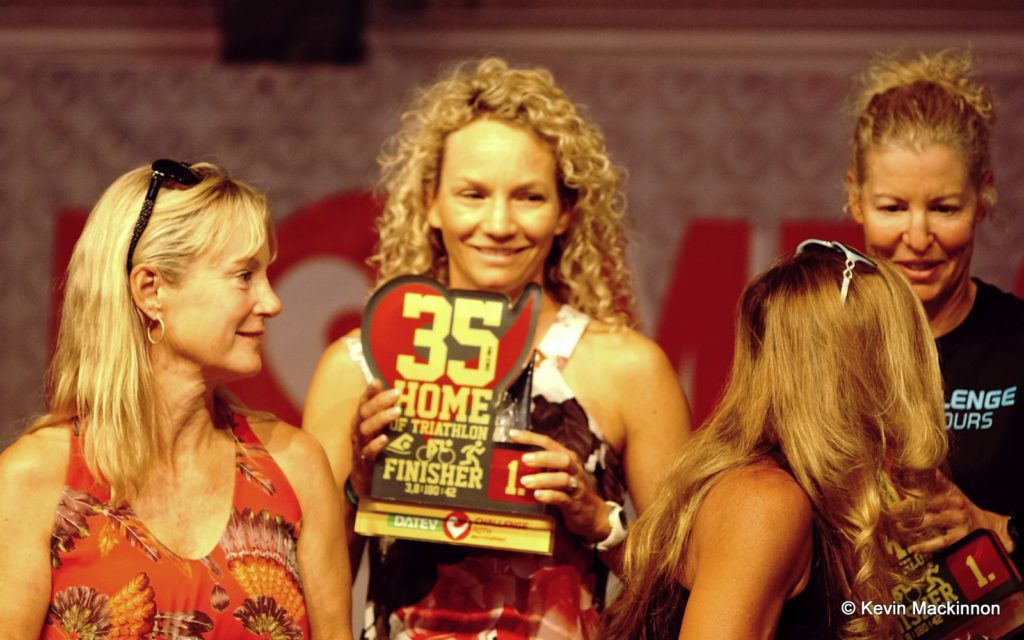 Kimberly Fabian on the wins the 45-49 age group. 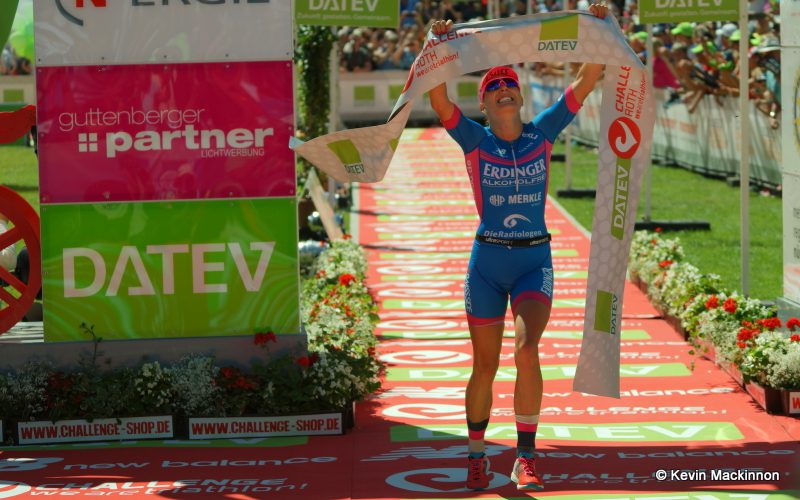 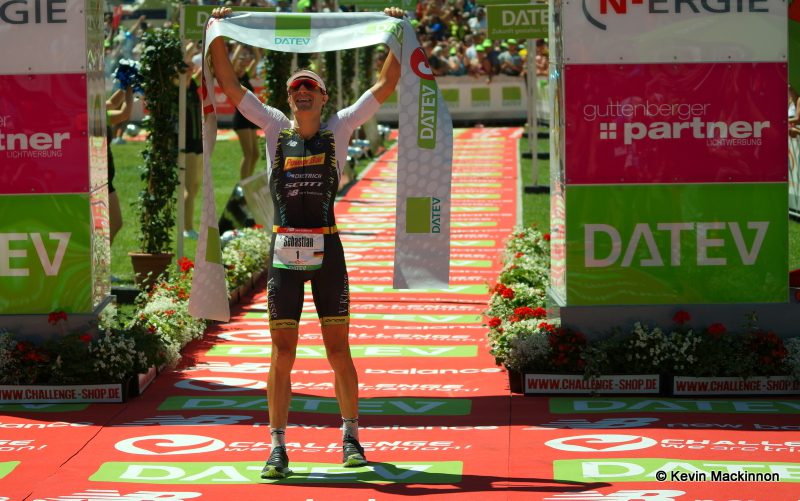 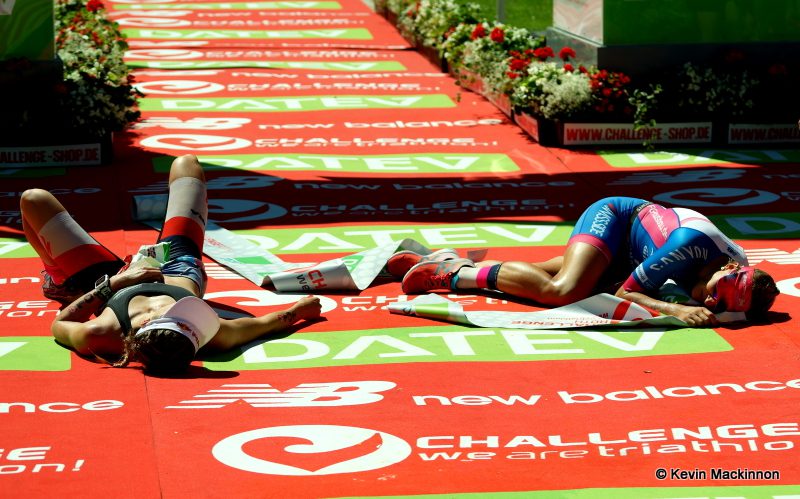 Luck Charles and Daniela Saemmler at the finish. 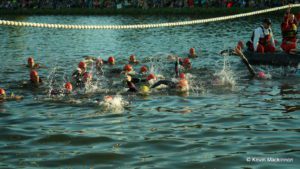 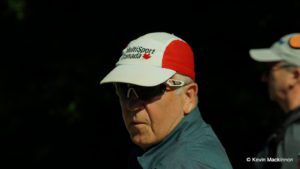 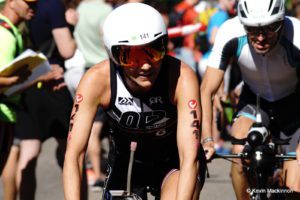 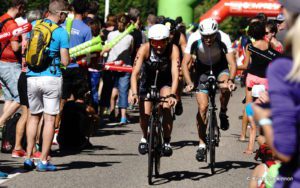 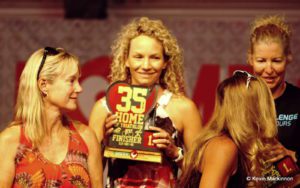 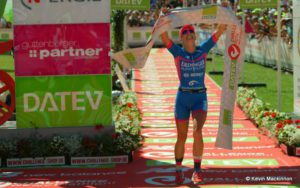 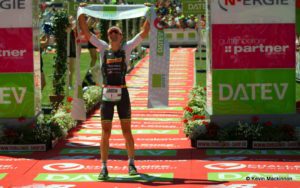 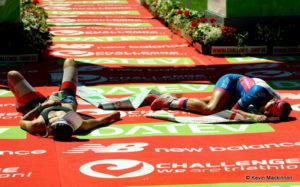 Triathlon has been alive and well in Roth for 35 years – the initial event would eventually morph into Ironman Germany in 1988 and, in 2002, the race became Challenge Roth. For as long as there’s been a full-distance race in this Bavarian village the event has attracted the world’s best athletes. This year’s race featured 3,400 individuals and 650 relay teams.

Sebastian Kienle arrived in Roth as the prohibitive men’s favourite and lived up to that billing with an excellent race that saw him ride with super-biker Cameron Wurf for the first 150 km before “breaking a Cam-shaft” (Kienle’s description of getting dropped) and trailing the Australian in T2 by two minutes. Kienle quickly took control on the run and cruised to an impressive win 7:46:23 win. Countryman Andreas Dreitz finished second, while American Jesse Thomas rounded out the podium.

The women’s race was a thriller that saw Germany’s Daniela Saemmler pass Lucy Charles with 5 km to go. Charles was as much as a minute behind at one point before making a final charge, but ended up nine-seconds down at the line.

Kitchener-Waterloo’s Kimberly Fabian highlighted the Canadian performances with an impressive win in the 45-49 age group.

“It was fabulous,” Fabian said after the race. “Definitely, by far, my best race experience ever. The swim was great. For the first time, ever, I got to start with the pro women, so that was a unique experience.”

“I didn’t have any podium goals for this race,” Fabian continued. “It’s the first full-distance race that I’ve done since 2012 (when I did my first one) that I haven’t had the goal of trying to qualify for Kona, so every race there is a lot of pressure. I’m going to Kona again in October. This race I came in I wanted to enjoy the experience and not have any pressure, but, saying that, I knew that if I had a good day, I would probably podium, but you just don’t know.”

Fabian finished fifth in Kona last year – the third time she’s finished in the top-five in her four races on the Big Island. She’ll be back in Hawaii this October after qualifying at Ironman Cozumel last November.