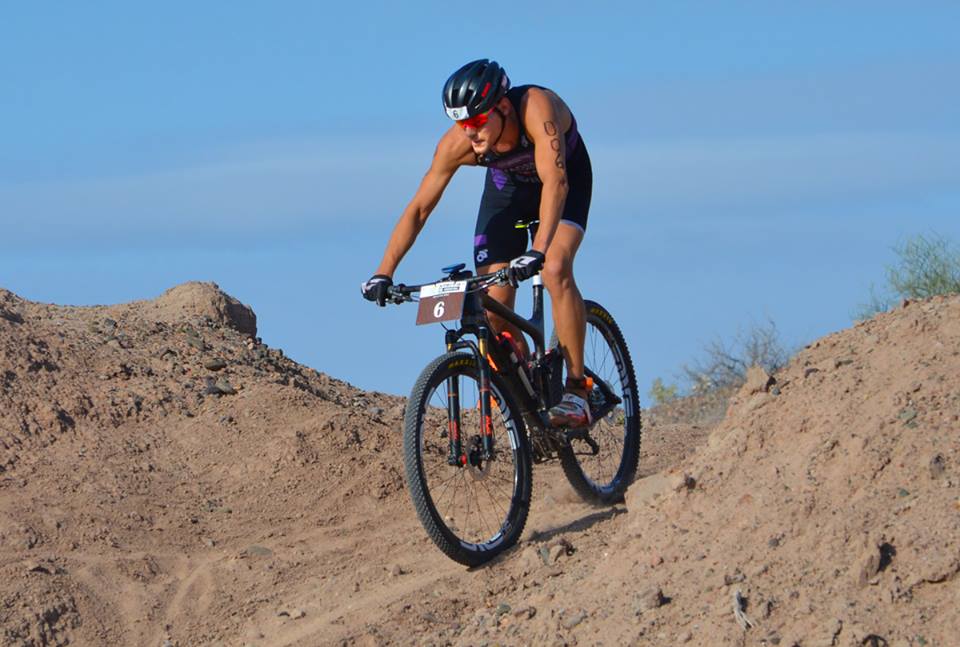 Karsten Madsen has his sights set the XTERRA world champion title. Thanks to winning silver at last month’s XTERRA Argentina as part of the series’ Pan Am tour, he’s currently ranked second in the world.

TMC spoke to Madsen about racing on the XTERRA circuit and his tips for triathletes interested in shifting gears to race in off-road triathlon.

TMC: How does your second place at XTERRA Argentina fit into your overall goals for the off-road triathlon season?

My ultimate goal is to win the XTERRA World Championship. With the existing XTERRA points and tours structure, my second place finish in Argentina set me up nicely for the rest of the season and ranks me second overall. I’m racing the Pan Am tour and within the various tours there are two tiers of racing — silver and gold. Because the Argentina race was a gold tier race, I earned more points than I would have at a silver tier race like XTERRA Costa Rica earlier this year. The Pan Am tour is the most lucrative on the XTERRA circuit, with the winner earning $10,000.

In Argentina, I took second behind the reigning world champ, Josiah Middaugh. It was a tough race and I’m proud of the result. It showed me I can compete at this high calibre of racing.

How does the XTERRA tour system work?

There are three pro tours — Pan America, European and Asia Pacific. The tours existed last year but with a slightly different structure. There are two tiers of racing on the tours now and the gold tier races earn you the most points and have bigger prize purses. The prize purse is $15,000 while with the silver races, it’s $7,500.Therefore, most of the pros are hitting those races.

There are more races this year, but the points structure is a little different. You can only accumulate points for a maximum of four races, two being gold and two being silver. With that structure, you can race all gold races if you choose, but they’ll convert the points for two of them to silver.

XTERRA World Championship is an entirely different race. Pros from all the circuits come out for the separate prize purse. Since you won’t typically race against athletes on other tours throughout the year, it’s a different field you’re up against (racing events from other tours won’t earn you points towards your own tour). In the past, we’ve seen ITU triathletes show up just for the world championship without racing any other XTERRA races all year. With the criteria that you have to have at least one under your belt that year to go, it ensures a good field of competitors. 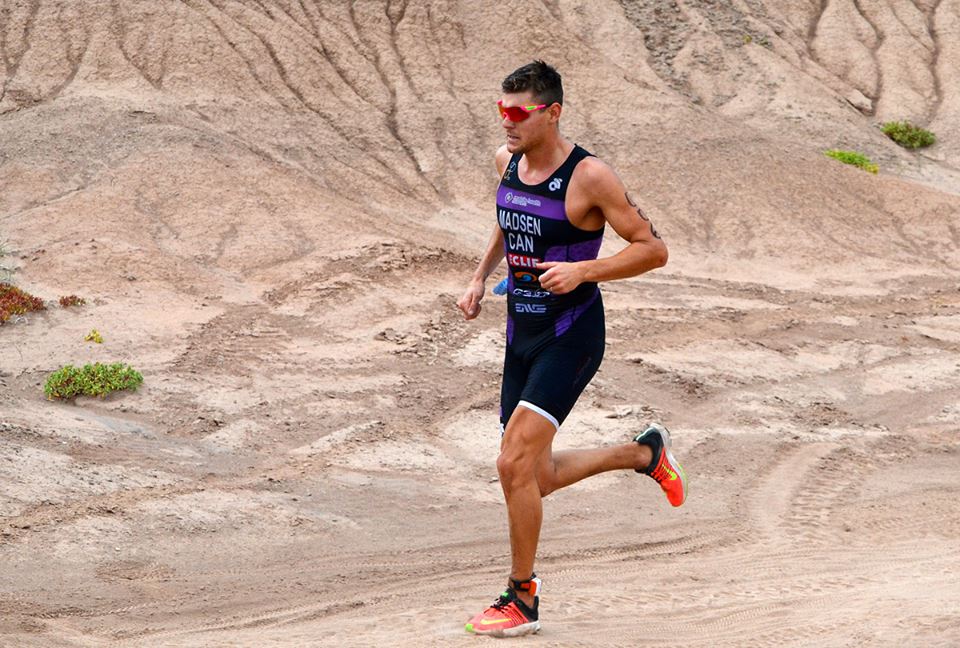 What draws you to off-road triathlon as opposed to the ITU circuit where we’ve seen you racing in the past? What does your training look like now?

I had grown bored of ITU racing. I used to read about Josiah (Middaugh)’s XTERRA wins in magazines and was inspired to try it myself. I already had experience racing mountain bikes so in 2011, I started transitioning from ITU to off-road triathlon.

It took a lot of learning and practice before I became relevant in the XTERRA world. The bike takes a lot out of you and so that coupled with demanding trails can make even a 10K run that much more difficult. I started spending a lot more time in the weight room. I still do lots of road riding for overall fitness, but ride my mountain bike two or three times a week to get in the important technical work. For the run, I train on varied terrain including trails, gravel road and the track. I still train with the ITU athletes at the regional high performance centre in Guelph, Ontario and follow some of their running.

Craig Taylor, who coached me as an ITU athlete, is still my coach today. He has tremendous knowledge on how to make a triathlete faster in all aspects of the sport but had no previous experience coaching off-road so we’ve been learning together.

Also, the XTERRA community is extremely supportive of each other. It’s renowned for a more laid back group of athletes. The pros will all come together before races to pre-ride the course and discuss strategy. I started racing XTERRA when I was 18 and the guys all took me under their wing. The people you race against are competitors but lots of friendships form, too. 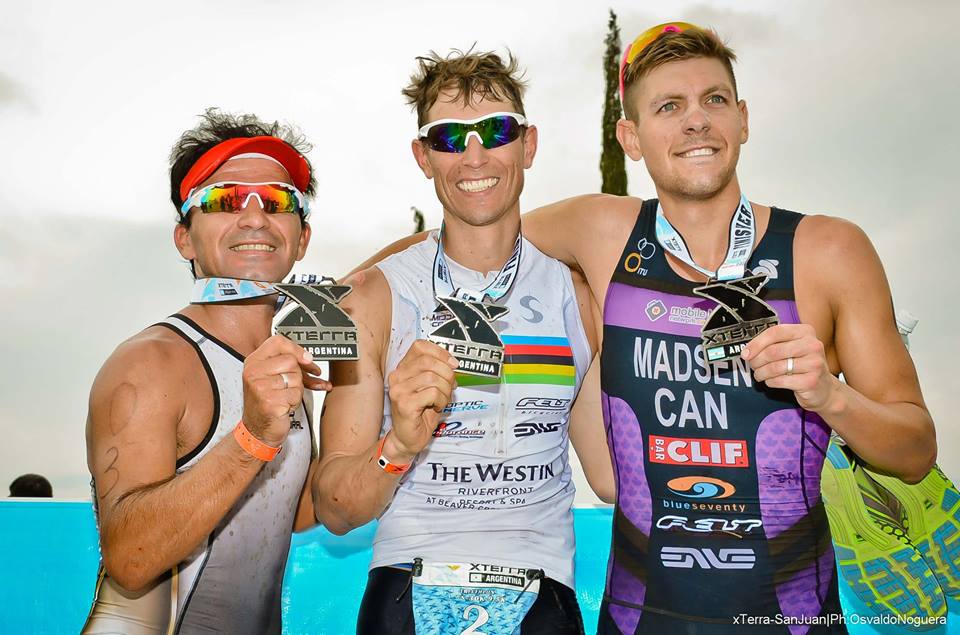 Will you be representing Canada and the ITU Multisport World Championships in Penticton next year for off-road triathlon?

Yes, I plan to go after the world title in Penticton next year! I’ll also be racing both the Canadian XTERRA races this year.

What do you think the future of off-road triathlon looks like, for Canada and in general?

Craig (Taylor) and I have had many long conversations about this. We’ve been seeing the swims get faster, the bikes get tighter and it takes a legit runner to make it to the top of the podium at the pro level. The prize purse is increasing so it’s starting to attract more athletes who want to make a good portion of their income through prize money.

At the age-group level, it’s definitely gaining popularity. I see lots of athletes who come from Ironman and make off-road their next challenge.

Right now, Canada doesn’t have too many pros racing off-road. I’m the only one following the Pan Am tour. In the past, I’ve had great competitors in Sean Bechtel and Brent McMahon (who still races off-road occasionally). On the women’s side, there’s Chantal Whitney and of course Melanie McQuaid had a huge presence. It would be nice to see our off-road pro scene grow. I think more serious juniors need to realize that in triathlon it’s not just about making it in the ITU world. Off-road tri still does get overlooked a fair bit.

What are your tips for triathletes interested in trying off-road?

You don’t need a fancy mountain bike to start. Each year, it’s getting cheaper to get a good mountain bike but you can also borrow from a friend.

Lots of triathletes hesitate because they’re scared to get hurt. There’s no shame in getting off the bike and walking it in a race if the course gets too technical.

Start with a local sprint race and go from there. Once you try XTERRA, you won’t want to go back. It’s exciting and stimulating and you get to see some beautiful nature.