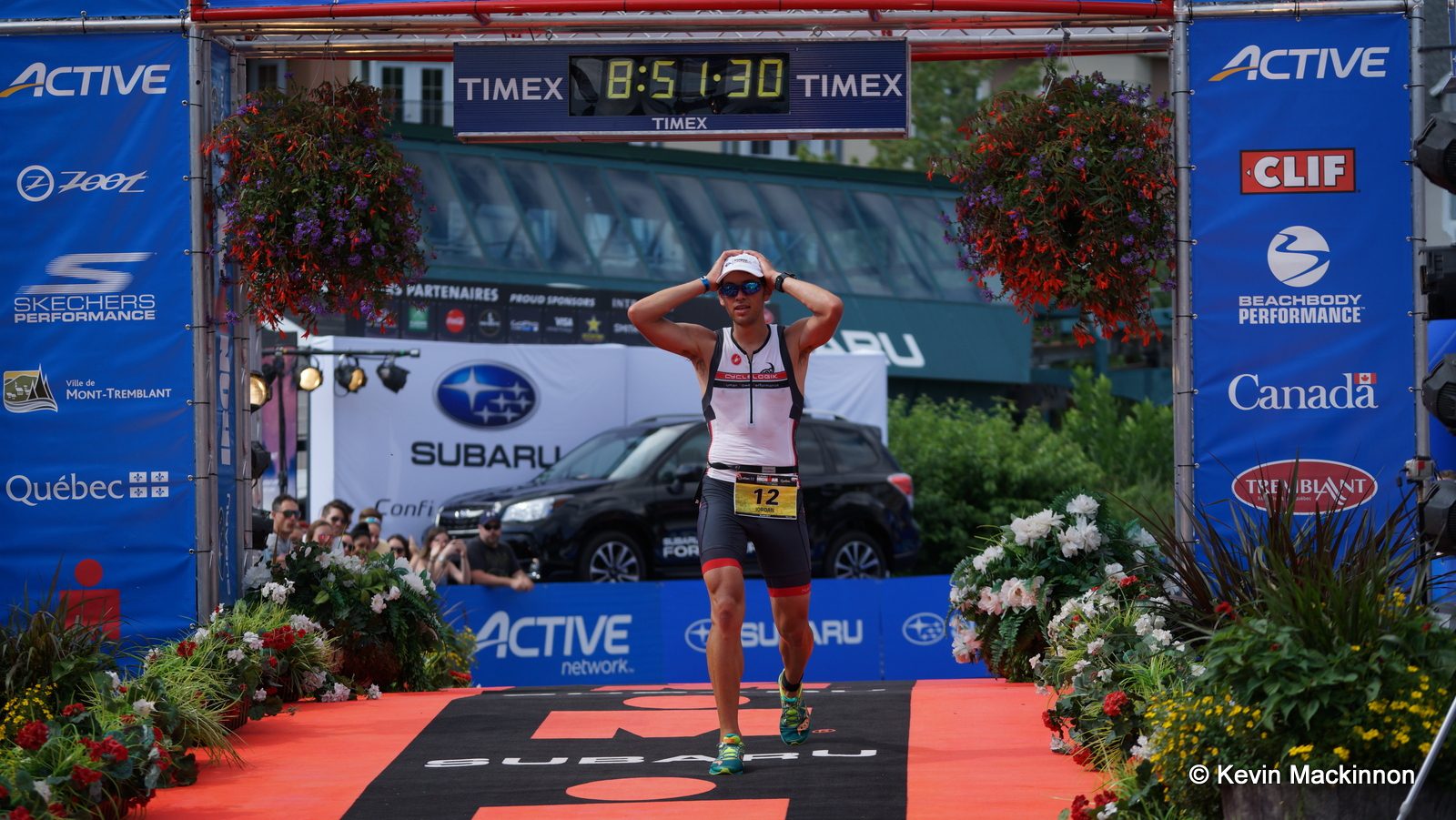 Ottawa’s Jordan Monnink impressed triathlon fans when he placed third in a competitive Ironman Mont-Tremblant field last month and earned the top Canadian finish. We asked Monnink about the training that led to his break-out race, and how he’s using the experience going forward to get even better.

What do you feel was the biggest aspect of your training that led you to your 3rd place finish at Ironman Mont-Tremblant?

I feel like my ability to complete a few key run sessions in the three weeks prior to the race was crucial. Before the decision to race the full, my longest runs would be typically around 20km. With the decision to attack the full, it was critical that I get some longer distance runs in prior to the event without overdoing it and not being able to properly recover.

How do you go about attacking your weaknesses in training, while still working on your strengths?

I am a strict believer in the process of consistency in training. I don’t think my coach and I have strictly gone out and attacked a particular weakness, but rather implemented a process of training that has allowed me to gradually improve in all three sports.

What were some key sessions you did in the lead up to IMMT, in each of the three sports?

Do you have any special workouts or sets you do in training that you use as “benchmarks” year-round?
I do not have any key benchmark workouts per say. On the bike, I have a few routes that when I am “on” I can tell by the ease and speed at which I can complete the course. One in particular is how long it takes me to get to the Champlain Lookout in Gatineau Park, which is a very popular cycling route in Ottawa.

What do you identify from your performance at Tremblant that you could work on for the next time?

I need to work a lot on my marathon run. I really think that my performance in Tremblant could be chalked up to sheer stubbornness on the run. I do feel like I have great mental strength to get me through some dark periods, but that marathon could have gone much smoother with some more time to better prepare for it.