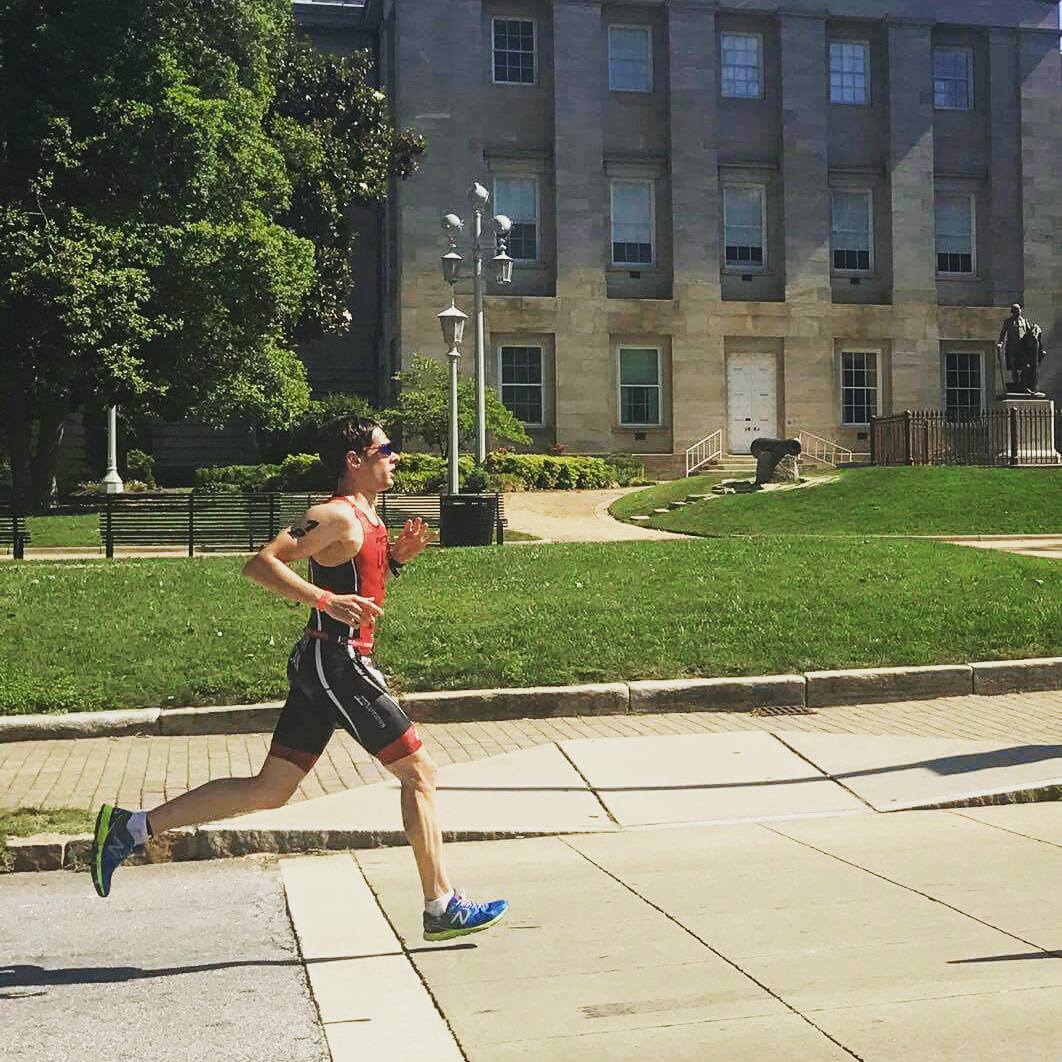 You have been having a great season so far, stacking up well against strong athletes on the 70.3 scene. What’s been the key to your consistency this year so far?

Thank you! I am happy with how my races have gone so far this season. I think the key to my consistency thus far has been to take every race seriously. Whether its a super sprint tri or a half Ironman, I make sure I go into every race mentally and physically prepared. I always have a good taper planned by my coach James Loaring, he plans around my travel and knows what training facilities I have near each race venue. I also make sure I familiarize myself with every course two days before the race, this means driving/biking the bike and run courses. Being prepared with the right gear, training, and financial support has been very important for me as well. My sponsors LPC Hurdle Project, Felt Bicycles, Dundas Speed Shop, ZiZU Optics, DKOS, and Prolutions Project Management Inc. have all been critical for me to be able to focus on training and racing as much as I can, I can’t thank them enough!

Tell us about your race at Ironman 70.3 Raleigh on the weekend, where you placed third.

I would consider Raleigh to be my best 70.3 race so far. The swim was not my best, but I came out feeling pretty fresh for the bike since I had a great draft for the whole swim. Right away I knew I would be biking alone since the leaders were far ahead and the athlete I swam with wasn’t able to stay with me on the bike. I managed to pass fourth and fifth place by the 10 mile mark, and third place (fellow Canadian Antoine Jolicouer Desroches) about halfway through the bike. From then on I was chasing Tyler Butterfield and Andrew Yoder, but never caught them. Starting the run I was told by my support crew (my girlfriend Montana and my good friend Curtis) that I was about four minutes behind Yoder and one minute behind Butterfield. In the first quarter of the run I made up a lot of time on Butterfield and got within 30 seconds, but then the gap started growing again as he negative split the run. Yoder was coming back to me the whole run, but ran strong enough to stay ahead. I faded a bit in the second half of the run, but I was happy with the time in the end. I hope to improve the last half of my run in my next 70.3 race. 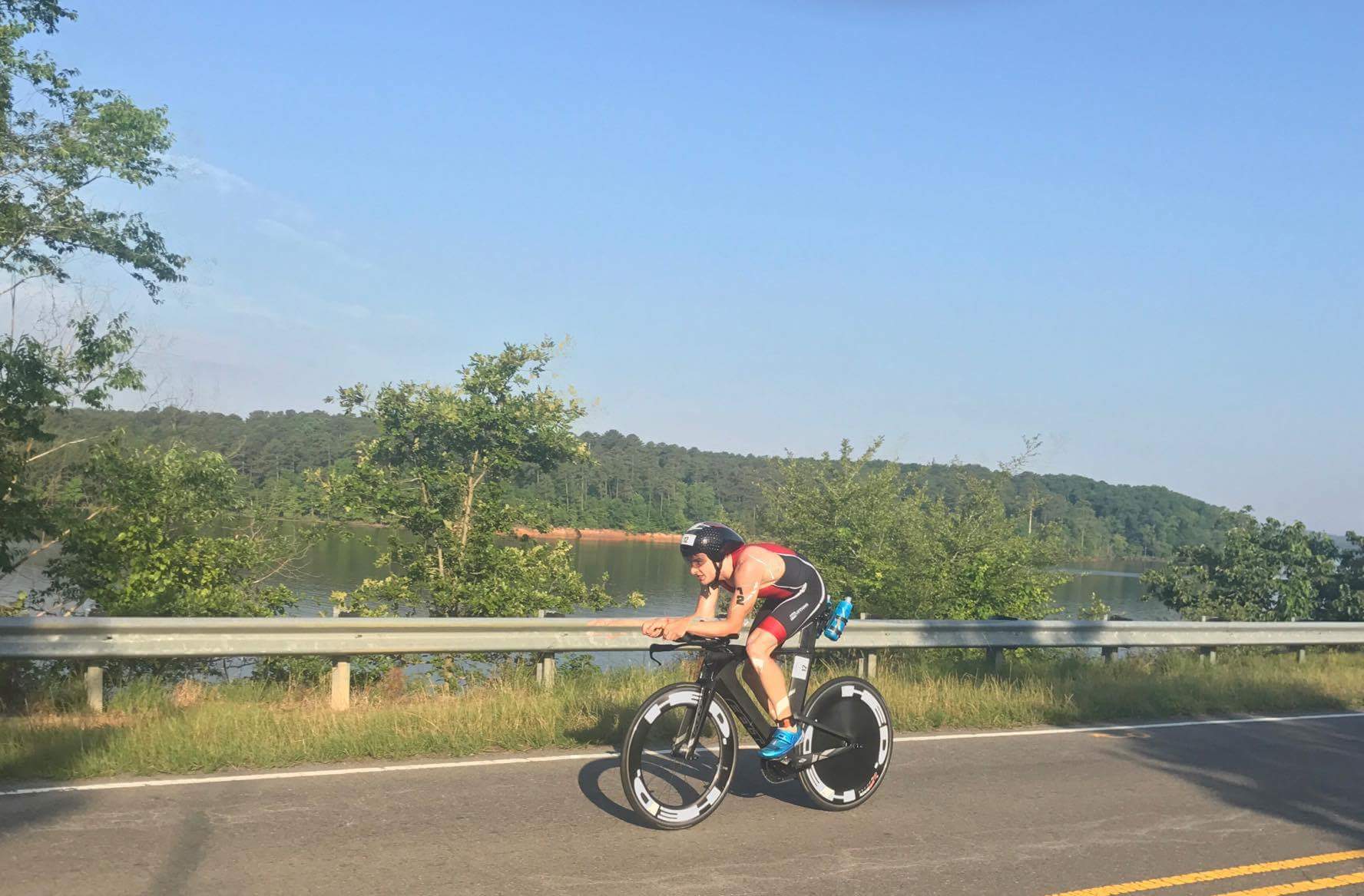 What are the key sessions you’ve been putting in each of swim, bike and run to get race ready for the half distance this year?

The swim hasn’t been overly different from training for Olympic triathlons since it isn’t much longer. However, one of the key workouts that I do once or twice a month that helps with endurance is a main set of 2000m continuous freestyle at a steady to tempo effort (slightly easier than race pace). Although this workout doesn’t necessarily make me “faster”, it is important to get used to swimming continuously for that long, and I think many triathletes forget to do this kind of swimming. For me the most important workouts for moving up to the half distance have been long bike and run sessions at slightly faster than half Ironman pacing. By slightly faster I mean very slightly, about 5 watts higher on the bike and 5 seconds per kilometre faster on the run. I started by doing these workouts separately from each other, but more recently it has become a long brick workout. An example would be the last long brick I did nine days before Raleigh. The main set was bike 2x(25km at 295watts, 5km easy recovery), and run off the bike 2x(6km run at 3:35/km with 3.5 minutes rest). Workouts like this are brutally hard for me, which is a good sign that I have lots of room to still improve my endurance.

What’s next for you?

I will be racing Canadian Elite National Championships in Ottawa on June 17 to 18, which is draft-legal. It’s a super sprint heat and sprint triathlon final. One week later I will be racing Ironman 70.3 Mont Tremblant. Then I will be doing the New York City Triathlon on July 16th, and after that is largely up in the air.

A popular Ontario race, the Multisport Canada Rose City long course triathlon is coming up. You won last year – any tips for athletes racing there in a few weeks?

The Rose City long course tri is a good one! Be prepared for a flat course by spending extended periods of time in your aero bars during training. Also try to do some training in hot weather in case its a very hot day like it was last year!