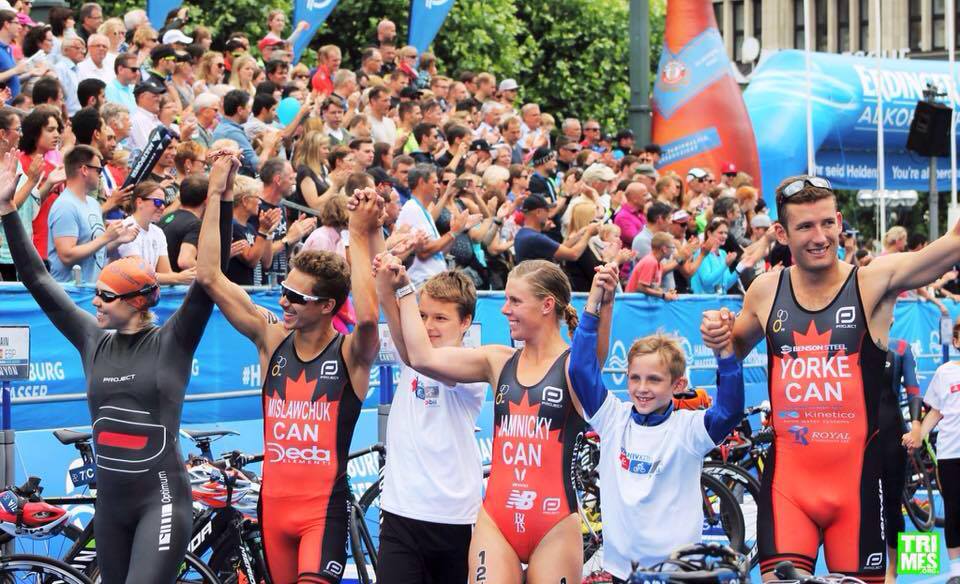 The International Triathlon Union has a new race series for 2018 in preparation for the Mixed Team Relays making their debut at the Tokyo 2020 Olympics. The series was created to give athletes and their National Federations a chance to qualification points for the Olympics, and “broaden the sport’s appeal.”

There will be three Mixed Relay Series events on the 2018 calendar, including a stop in Canada:

Get ready for an ALL NEW source of action next year! Announcing the 2018 ITU Mixed Relay Series! 🏃‍♀️➡️🏃➡️🏃‍♀️➡️🏃#TriMixedRelay #RoadToTokyo2020

There are 55 spots available for men and 55 for women in the triathlon mixed relay at Tokyo 2020, and athletes can also earn qualification ranking points at the five mixed relay Continental Championships.

“We are absolutely delighted with the launch of the Mixed Relay Series,” ITU President Marisol Casado said in a statement.

“The Mixed Relay… gives the sport something very important: a sense of team building. But most important, is an event that demonstrates that women and men can compete together but both are equally important to the success of the team.”

Canada finished fifth at the Mixed Relay World Championships in Hamburg this year.