In recent years, and especially over the last few months, the ketogenic diet has been pushed to the forefront of the health and wellness conversation as a way to remove carbs and, in some cases, increase performance. 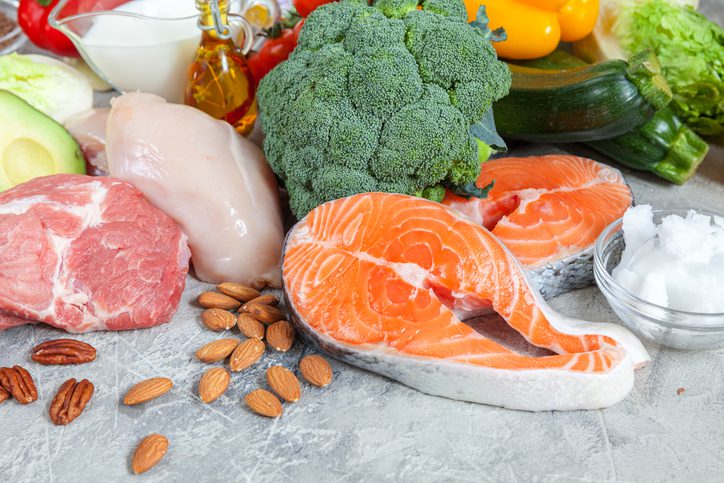 What is the Ketogenic Diet?

This diet is the complete opposite of carb-loading. “Essentially, a ketogenic diet is a low-carb, high-fat diet that is used for the sole purpose of reducing one’s carbohydrate intake, so that the body no longer relies on glucose as its primary source of energy,” says Jennifer Sygo, a registered dietitian and sports nutritionist for Athletics Canada.

The common practice of this diet is to reduce your daily net carb intake to 20-40 grams. “Net carb intake is the total number of carbs you eat minus your fibre intake,” says Sygo. “So, if you take in 50 grams of carbs, but 20 grams of that is from fibre, your net intake is 30 grams.” The reason why fibre is removed from the carb count is that it isn’t a solid source of energy for the body (it is used for digestion).

For some perspective, dietary guidelines usually recommend 45-65 per cent of your daily calorie intake to come from carbs. This equates to roughly 200-300 grams (2,000 calorie diet).

Although 20-40 grams is the standard carbohydrate range, there is variability person-to-person. “You know you are practicing the ketogenic diet when you have entered a state of ketosis,” says Sygo. “Ketosis is when the body’s glycogen stores are empty, and your body has to figure something out. It figures it out by using fat stores to produce ketone bodies (energy source).”

The side effects of your body entering ketosis can be discouraging. “The first few days are very challenging,” says Sygo. “Your body is transitioning from one energy source to another.” In those first few days, it is common for people to report grumpiness, a decrease in athletic performance, fatigue, constipation (low fibre), bad breath and rashes.

However, if someone comes out on the other side, there are numerous positive effects. “People report boundless energy, a decreased appetite and reduced cravings (the weight loss link),” says Sygo.

Are there any variations of the diet?

When it comes to the nutrition debate, there is often little middle ground, and the ketogenic diet is no different. “I am of the opinion that you’re either all in, or you aren’t,” says Sygo.

That said, there are variations. “Some athletes may consider a cyclic diet. This is when you decrease carbs for a block of more endurance based efforts in training versus a high-carb diet when doing high-intensity intervals.” Essentially, you are periodizing your diet around your training needs.

Is there a performance benefit to the ketogenic diet?

“The idea that an ultra-endurance athlete will perform better on a low-carb high-fat diet is based on them being able to sustain their effort better using their body fat for fuel, instead of consuming carbs,” says Sygo.

However, is there a breaking point where a ketogenic diet is detrimental to athletic performance?

“A ketogenic diet, theoretically, would be detrimental in races or events that require a burst of energy,” says Sygo. “For example, an 800m track event or even a long distance race that requires surges in pace or effort.” Unfortunately, no one really knows where the benefit of a ketogenic diet begins or ends. “It essentially comes down to the athlete, their objectives, the event and what works for them.”