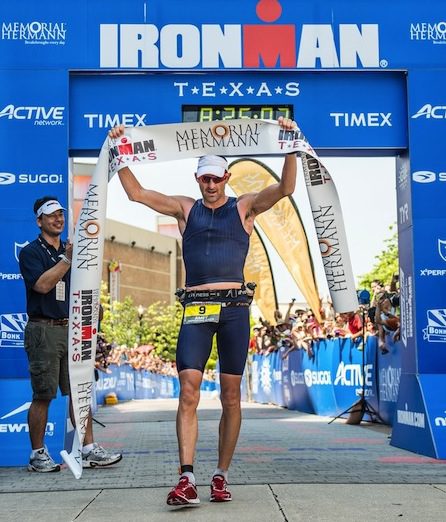 Canadians will have to wait at least another year to see the Ironman North American Championship come to home soil. Ironman announced today that Ironman Texas will return to The Woodlands for 2017 and be designated as the Ironman North American Championship for the third consecutive year. In addition, the event will now take place on April 22, 2017, shifting from its traditional date in mid-May.

“We are pleased to be able to keep this event in The Woodlands and surrounding areas,” said Shane Facteau, Chief Operations Officer for Ironman. “We have always believed that this is a great location for a championship event and the new agreement will allow us to uphold the highest of standards that our athletes deserve. At the same time, the change to April establishes a cooler race date in which both professional and amateur triathletes can now compete in an early season event in North America.”

One of more than 40 events in the global Ironman Series, the Memorial Hermann Ironman North American Championship Texas triathlon will lead athletes along a 2.4-mile swim, 112-mile bike and 26.2-mile run throughout The Woodlands and its surrounding areas. The point-to-point swim takes place in Lake Woodlands, where athletes enter the water at North Shore Park and swim toward South Shore Park. The new bike course will then take competitors through Montgomery and Harris Counties, utilizing the flat and fast Hardy Toll Road. Athletes then enjoy a triple-loop run entirely within The Woodlands that concludes with a spectacular finish on Waterway Avenue.

“We are thrilled to have Ironman return to the Woodlands after finalizing and approving a route that includes a new bike course,” said Montgomery County Commissioner James Noack. “This event means a lot to our community and we look forward to hosting athletes from around the globe for a seventh year as they fulfill their Ironman dreams here in The Woodlands, Texas.”

In addition to a competitive professional field, the race is expected to draw approximately 3,000 registered age-group athletes. The race will offer 75 coveted age-group qualifying slots to the 2017 Ironman World Championship.