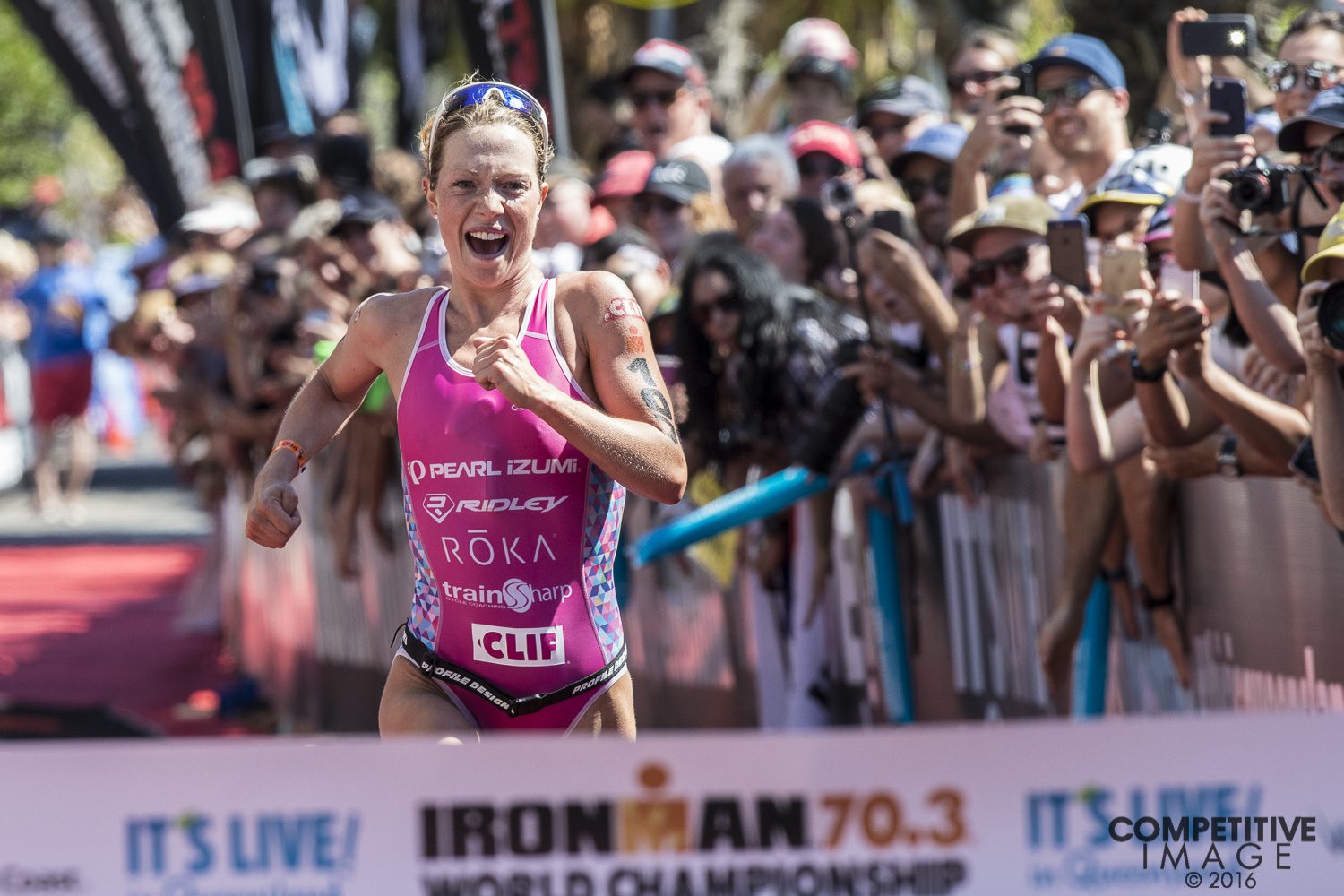 Ironman 70.3 World Championships, taking place in Chattanooga, TN this year, are now just days away. For many, this is the pinnacle race of the season. For others, this is a final tune-up race before Kona and a chance to score some big points and prize money.

Triathlon Magazine Canada  will be covering the pro races all weekend — women race on Saturday and men race on Sunday. After looking at the start lists, we’ve picked our favourites for the pro races:

The current reigning world champion didn’t have a great race at 70.3 worlds last year. In fact, she didn’t even make the podium. But that was no indication of the race she would have in Kona a month later, when she shattered the Ironman World Championship course and won her second consecutive victory.

Some, including Ryf’s own Bahrain 13 team manager Chris McCormack,  have commented that the two time Ironman World Champion has lost her top-end speed that she would need to stay on top in the half distance. Ryf has won a handful of races this year including half distance and non-drafting Olympic distances. She’s always one of the first out of the water, has biking abilities that can rival anyone’s in the field and is an equally fast runner, too. Though she’s struggled with a back injury this year, it seems like Ryf is in top shape right now and so we think she could definitely land her third Ironman 70.3 World Championship title this weekend.

The reigning Ironman 70.3 World Champion has been unbeatable this year and looks to remain so at the half distance. She is simply the best right now with an ever improving swim that puts her at the front, if not first, out of the water. She can hold her on own on the bike and deliver a top split every race. She’s also been working on her running a ton over the past few years and is now regularly clocking top half-marathon splits.

The only thing that has indicated Lawrence might not take the win as handily as she did last year, is the fact that she has recently struggled with a foot injury. In interviews she’s said that it didn’t derail her running too much, and she’s been feeling strong in recent weeks. We’re looking forward to seeing her battle Ryf for the top spot, and think there’s a good chance one of them will take the win.

No one can rule out Jackson in 70.3 or full distance racing right now. The podium finisher at the 2016 Ironman World Championship seems to have the perfect recipe for success at both distances. She won the 70.3 event in Chattanooga earlier this year so knows the world championship course quite well and has proven she’s able to take on the challenging up-stream swim course with ease.

Jackson has two 70.3 wins under her belt this year so far and has seemed strong and consistent for the past few years. It’s likely we’ll see her work her way up through the race and battling for a podium spot, if not the top spot.

Canada’s own Wurtele has all the ingredients needed for a world championship win. She’s another one who has been one of the most consistent half distance racers in the world now for years, having some unbeatable streaks but almost never finishing off the podium. Wurtele typically comes out of the water mid-pack before riding her way into the lead and clocking a top half-marathon split. It’ll be interesting to see how the packs form and fare during the up-stream swim, but there’s no question Wurtele’s bike prowess will have her crush the hilly Chattanooga bike course.