A year ago, Travis McKenzie was training for Ironman Texas until he was hit by a car and ended up in hospital. Told by doctors he may never walk again, the 32-year-old was crushed, but determined to one day get back to the sport he loves. He more than succeeded. On May 15 this year he crossed the finish line at Ironman Texas in a remarkable 9:04:53. 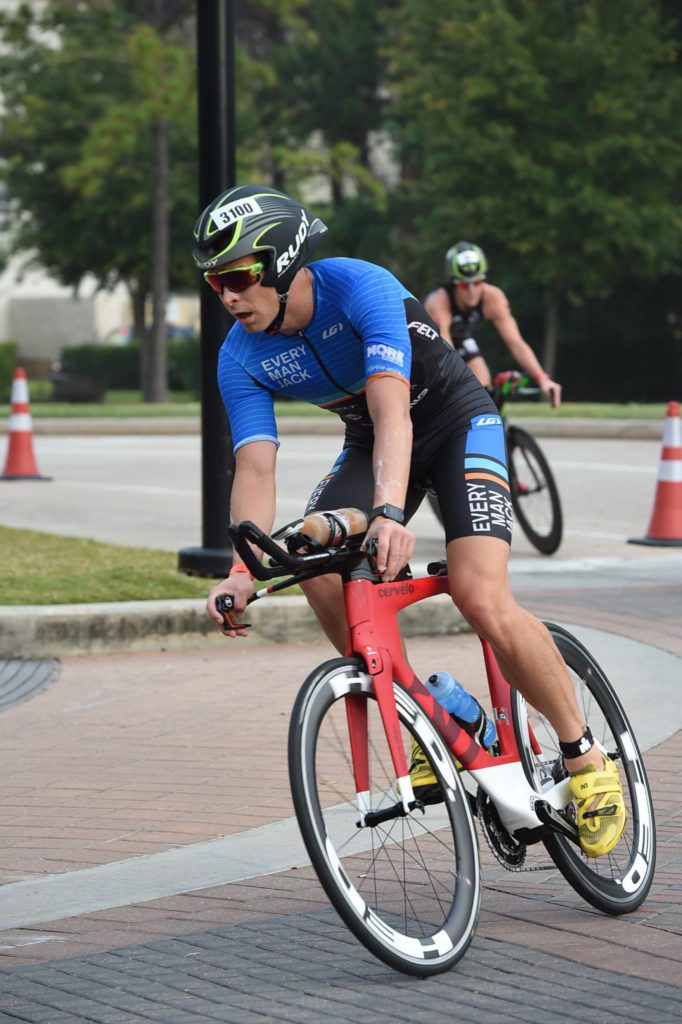 McKenzie grew up on Australia’s Gold Coast watching the world’s best triathletes come to his home region to train. At age 10, he raced down the finishing chute of Ironman Hawaii with his father. He’s been obsessed with the sport ever since. McKenzie now lives in Vancouver where he’s turned his love for the sport into a full-time career. He recently founded NTSQ Sports with the goal of bringing more unique, world-class events to Canada.

“I want to help create new experiences for triathletes in Canada,” he explains. “I’m super passionate about this sport so it’s cool to be able to be in the triathlon world for a living now.”

It was March of 2015 when he was out training that he collided with a car coming at him head-on.

“Even after I left the hospital, I was in a neck brace for three months and had very limited movement,” he says. “Eventually I started using water running for rehab, but that was the extent of my physical activity.”

He’d head to the pool where his swim group was training and watch their practices as he worked to regain mobility.

“That experience helped solidify how triathlon is all about community and the relationships you form through it,” McKenzie says. “All I wanted was to race again. I felt like an outsider. But the group was so encouraging. They made me feel like I was still involved.”

With patient and diligent rehab, McKenzie started walking again and even started getting back in shape. Soon he felt like himself again.

“In 2014, I had qualified for Kona at Ironman Texas. I decided I would try to qualify again at Ironman Texas in 2016. I knew it was a lofty dream, but I used it as motivation during those tough months.”

McKenzie used this year’s Ironman 70.3 Texas as a warm-up race.

“I felt like a rookie. I made a ton of mistakes with nutrition and pacing and I slogged through the run, but it was amazing just to be out there again,” he says. “That race was a celebration of how far I’ve come.”

Though his body still doesn’t move as well as he’s used to, McKenzie hasn’t ruled out Kona for the near future. “I fully intend to get there again. Even if it doesn’t happen on the first try, I’m going to treat it all as a celebration of how far I’ve come.”

McKenzie may not have qualified in Texas, but he’ll keep trying until he gets it. He now knows how important it is to face challenges head-on with optimism.

“I know a lot of people can relate to this,” he says. “We’re all going to encounter adversity in life. But I hope my story reminds someone out there to keep fighting and never give up.”

This story originally appeared in our July/August 2016 issue.