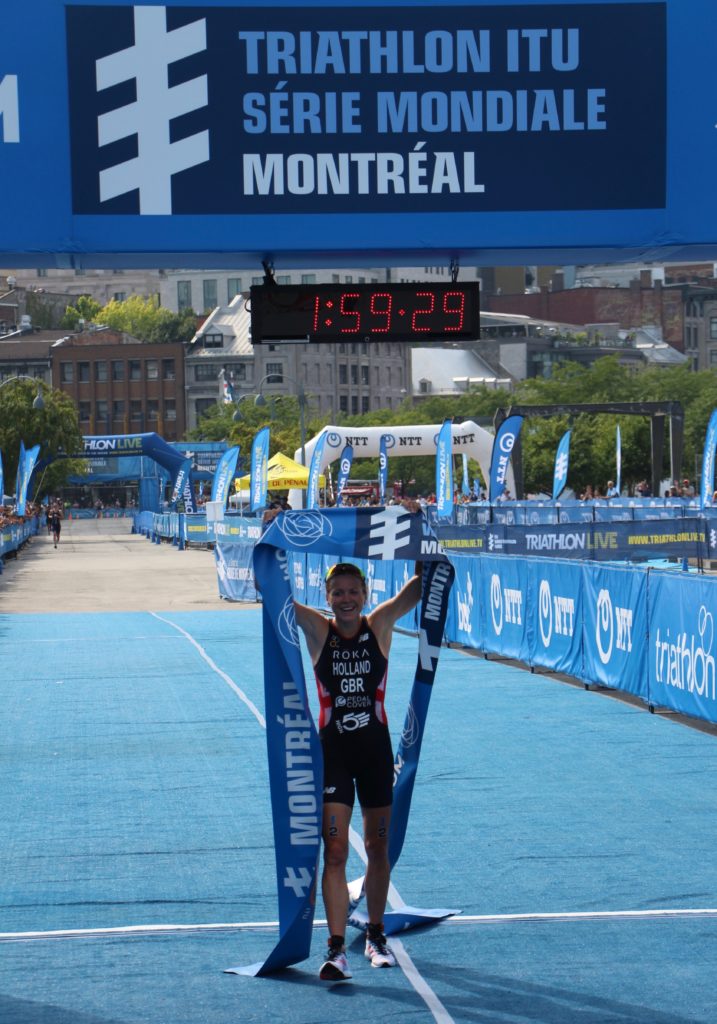 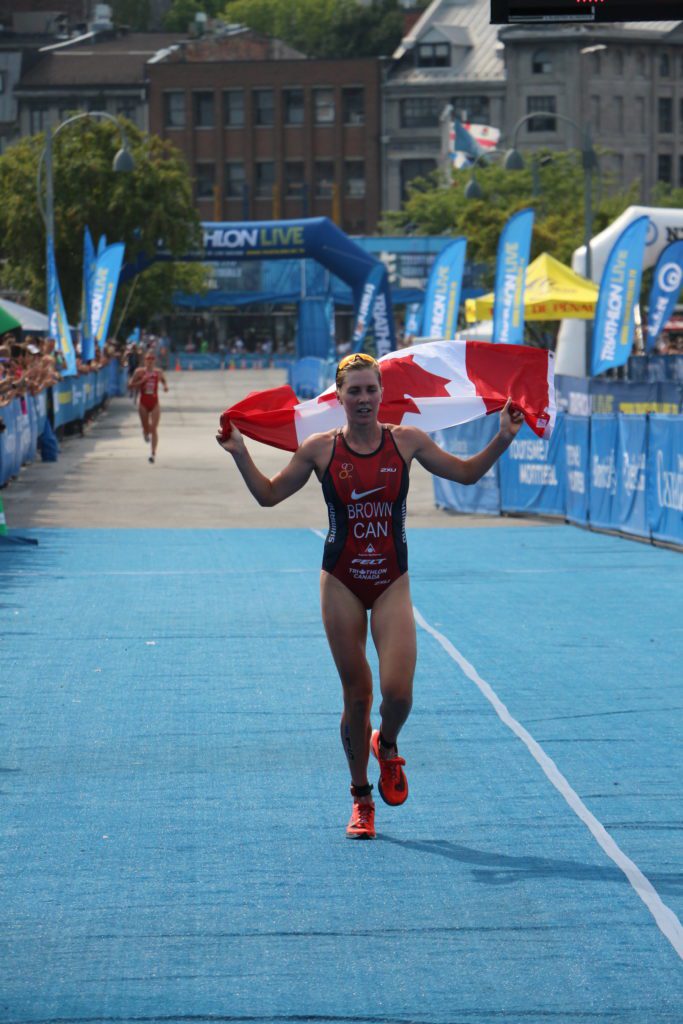 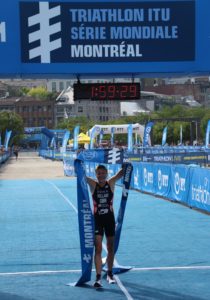 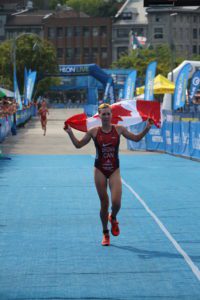 Vicky Holland (GBR) won the WTS Montreal elite women’s race ahead of Katie Zaferes (USA) and Georgia Taylor-Brown (GBR). Canadian Joanna Brown would earn her top result of the season in the WTS this season with a fourth-place finish.

Early on in the race, a group of four formed on the bike, but things would come back together in the final laps of the 40K ride. Heading into the run, it would be a lead group of ten that would separate itself from the rest of the field.

Brown would stay with the main group throughout the bike and make the lead pack of ten. As the laps on the run, Brown moved from seventh to sixth. In the final 2.5K, she displayed the grit of a true Canadian and finished fourth. She would cross the line waving the Canadian flag in front of a jubilant crowd.

Earlier this year, Brown finished third at the Commonwealth Games. The fourth-place finish going into the World Championships in three weeks’ time gives Brown optimism heading into the series finale in September on the Gold Coast, Australia. 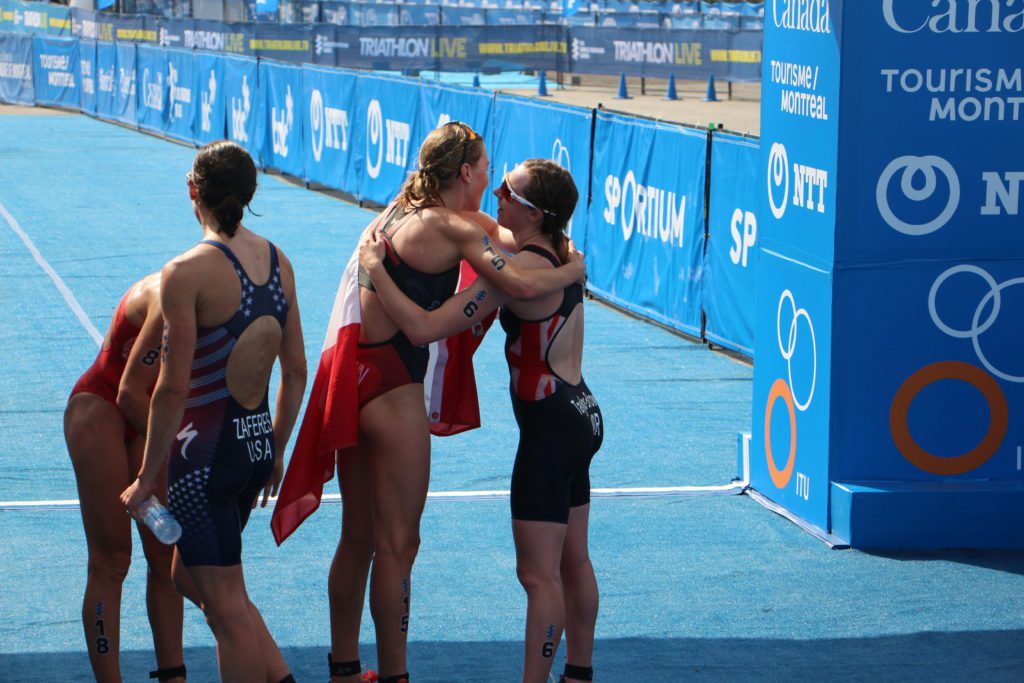 Athletes embrace at the finish. Photo by Cam Mitchell 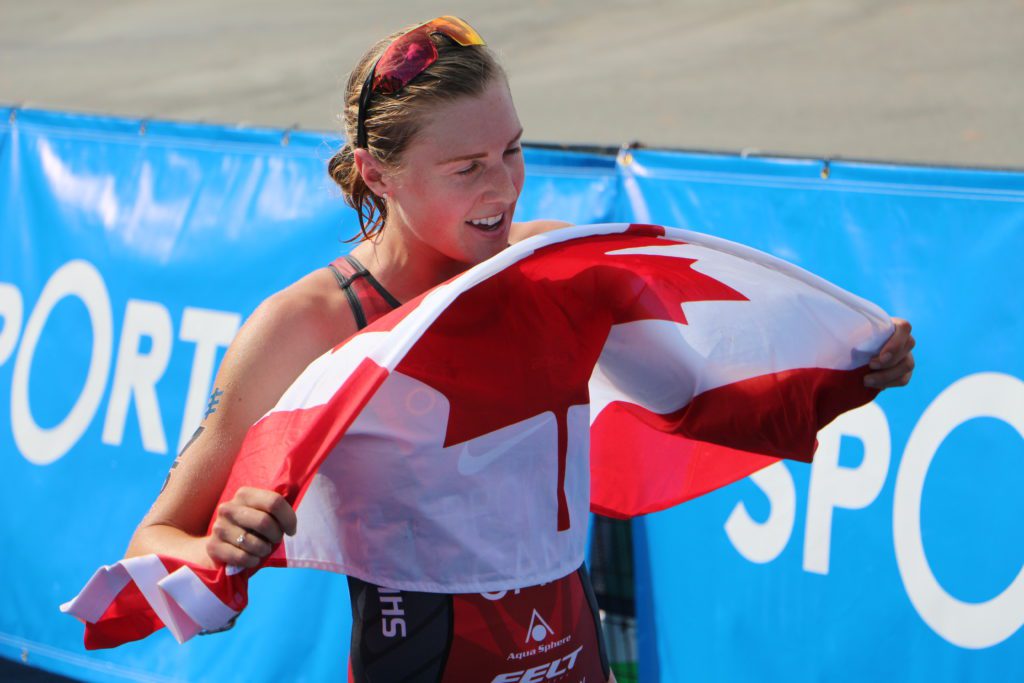 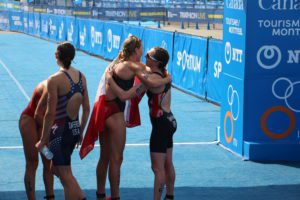 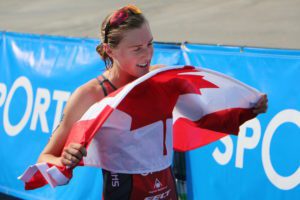