In this darkest part of the year, turn on the lights. Here are 16 bright options for out on the road or trail this off-season.

The little box that is the Bontrager Ion 100 R ($50) can blast out 100 lumens. The beam and the interruptive flash pattern ensure you’re visible from more than 500 m during the day. A light sensor adjusts the brightness of the flash mode, giving you a longer running night flash (seven hours) and shorter running day flash (five hours). The Bontrager Flare R City tail light ($50) has the similar features as the Ion 100 R, but pumps out a maximum of 35 lumens.

Three LEDs project white light from the Liv NYX HL3 ($25,giant-bicycles.com ). The light has three settings: high, medium and flash. You can secure the light to your handlebar via a rubber strap. After you lock up your bike, you can slide the light from its mount and slide it back on when you return. The complementary Liv NYX TL3 ($20) has five LEDs that cast a red light out the back. 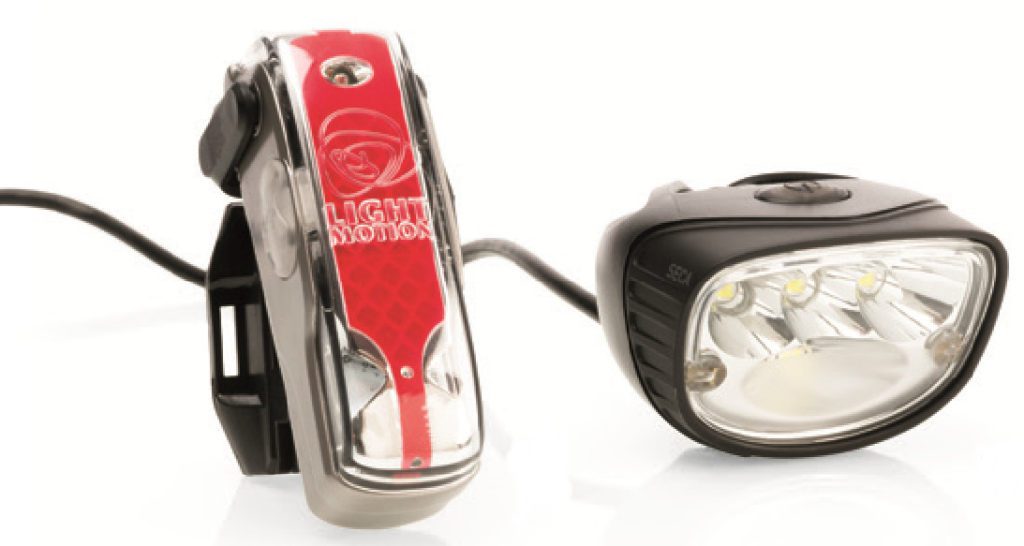 If you need to light up a trail, or maybe the whole forest, as you ride the late-night shift of your 24-hour relay, the Light and Motion Seca II 2200 Enduro ($549) is your beast. The “2200” in the name is for 2,200 lumens, roughly the equivalent of a 150-W incandescent bulb. The light is compatible with GoPro mounts and is waterproof. If you need to extend the life of the six-cell external battery, you can run the Seca II at 550 lumens for about 10 hours. The Light and Motion Vis 180 rear light ($99) has a 180-degree reflector panel to project its 70 lumens effectively. 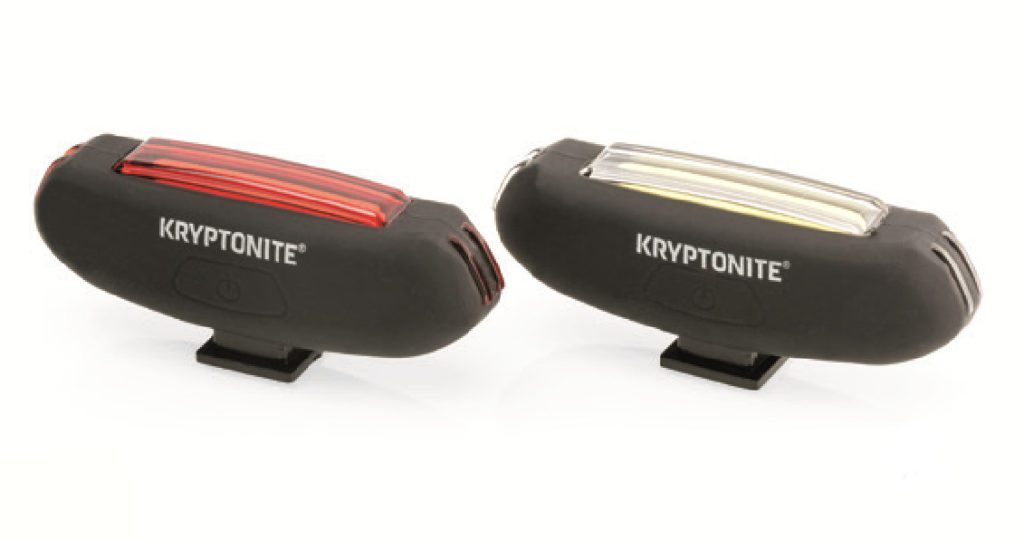 This past summer, Kryptonite, known for bike security, added rider safety to its repertoire with its own lights. The Kryptonite Avenue COB set ($85) contains the Avenue F-35 and R-20. The F-35 projects 35 lumens off of your handlebars, while the R-20 beams 20 lumen from your seatpost. Both weigh 44 g each, are USB rechargeable and have three modes: high, low and slow flash.

Not to be outdone by Giant Numen+ Spark headlight ($50) with its 16 LEDs, the Giant Numen+ Spark tail light ($50) has 30 LEDs. But, in the lumens department, the headlight is ahead with 80 lumens while the tail light hits 30. Both have five modes: overdrive (which runs for one and a half hours), steady (four hours), flash (five hours), strobe (five and a half hours) and pulse (six hours).

The Fabric FL30 ($54) uses a form of LED technology called chip on board (COB), an array of LEDs that creates a more refined beam by increasing the lighted area and minimizing glare. The FL30’s 30 lumens punch above their weight because of COB. The K Fabric FL300 ($80) is two lights in one: a 300 lumen headlight and a four LED strip that produces a red light for the back.

The MEC Zinger 480 ($60) punches through the darkness with 480 lumens on the light’s highest setting. It can also run at 250 lumen and 130. The USB-chargeable battery can last as long as six hours. At the back of your bike, the MEC Galaxy ($11) casts 2.2 lumens at its highest setting. It also has a flash and low setting. 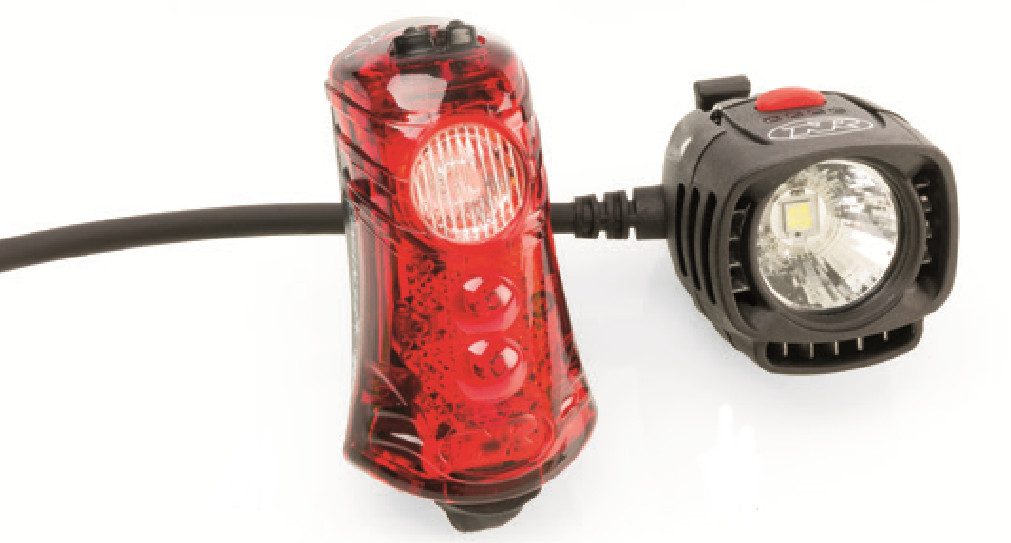 Out on the trail, the Nite Rider Pro 1400 Race ($374) will pick up roots, rocks and all changes in the route ahead with its 1,400-lumen beam. You can mount the lamp to your helmet or bars. The Pro 1400 has seven lighting modes that can last from two hours to more than 32. It has an ingress protection rating of IP64, which means dust can’t get in and any water that splashes onto the unit will be kept out. The Nite Rider Sentinel 150 ($78) has lasers. The light can project two lasers that create a virtual bike lane behind you. Motor vehicles will see the space you need.