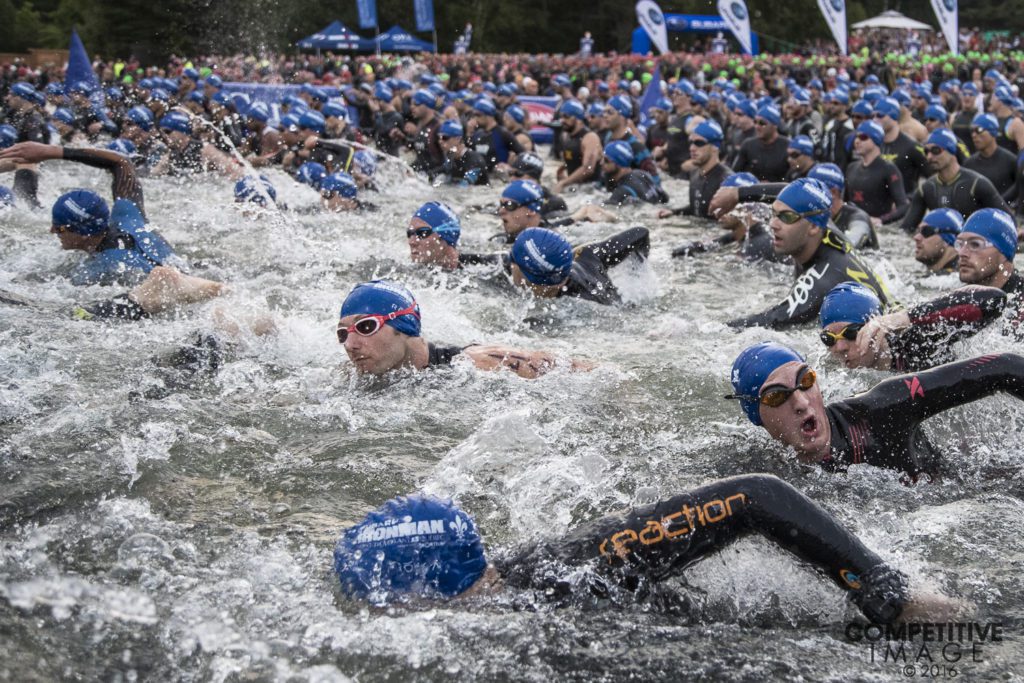 There has been lots of recent buzz in the triathlon world about cardiac death during a triathlon race. There have been several cases this year alone where triathletes have died during the swim portion of the race due to previously-unidentifed heart problems.

A recent article by a group of scientists from Duke University looked at the possible association between in-water deaths during the swim portion of the triathlon and a cardiovascular phenomenon called Immersion Pulmonary Oedema (IPO). IPO is a lung problem with signs and symptoms of acute wheezing, ineffective oxygen intake, and cough that might have blood in it. IPO may be linked to a heart problem called Left Ventricular Hypertrophy (LVH) that was seen in this study to be present above that expected for the general population and for health triathletes.

Dr. Richard Moon and his team, comprising anesthesiologists and internists posited the idea that swim specific edema in the lungs brought on by the cardiovascular demands of swimming in particular could be linked back to heart problems and deaths in a small cohort of triathletes who died during the swim segment of the event.

The review looked at 58 deaths, cautioning that death during a triathlon is a rare phenomenon – 1.5 per 100,000  participants. That’s only slightly higher than a more known and stable number of 0.5-1.0 per 100,000 deaths during marathons. What the study found was that in 42 of the 58 cases, athletes died during the swim. With the medical records the study authors could find for 23 of these 42, six people had obvious underlying medical problems that led to their deaths. This is separate from the hypothesis that IPO was linked to the cause of death. A further seven people had other underlying cardiac problems like an enlarged ventricle and hypertrophy and another heart problem called myocarditis.

While the study is acknowledged by its authors to be small in effect size (number of cases reviewed) and limited in its definitive ability to dictate new screening or prevention tools, the review is a useful start in the direction of specialized research into reducing fatalities during strenuous triathlon related exercise. Moon and his team also acknowledge the reality that some triathletes have what they term “athlete’s heart“, something I’ve spoken about in relation to May 2016 research by physicians in British Columbia. Athlete’s heart could be due to chronic endurance exercise, making it a good call to consider that with endurance exercise, too much or for too long in terms may come with some health considerations.

The outcome of Moon’s study is the furthering of the discussion around how to make triathlon safer. It highlights the potential value of speaking with your doctor specifically about risk factors for IPO such as hypertension, obesity, and sleep apnea. The race directors who have swim warm-ups and the coaches that encourage swim practice before the air horn signals the swim start all are limiting the risks athletes face when starting their race day. Scientists like Moon and others will continue to look at new ways of attempting to understand the rare and tragic deaths of athletes. Individually you can consider reading more about the heart risks associated with sport participation and discuss your findings with your medical doctor.

Many triathletes spend a great deal of time, energy, and commitment to their race equipment, their strength training, and their mental readiness to compete at a high level. Consider adding attentiveness to the short term and long term considerations about looking after your medical health to reduce the risk of death while participating in the sport you love. That knowledge and awareness could save your life.

Dr. Willer is a sport psychiatrist at St. Michael’s Hospital in Toronto and an avid triathlete for the past 18 years.