“Who wants to be called half an Ironman?”

That’s what Ben Fertic, then CEO of Ironman, told us all as we sat in Z’Tejas, a Mexican restaurant in downtown Tempe, Ariz. It was a few days before Ironman Arizona and he was brainstorming about a new triathlon series he wanted to launch – a series of half-Ironman races that would qualify athletes for the first world championship event that would take place in Clearwater, Fla. in 2006.

Fertic was looking for a name for the series – he was determined “half” wouldn’t be part of that name. The series eventually got its name from the distance, in miles, of the swim (1.2), bike (56) and run (13.1) components of the race. Greg Welch and I, both sitting with Fertic at the restaurant along with Paula Newby Fraser and a few other Ironman employees, tried to tell our boss that the only country in the world that still thought in miles was the U.S. and, if he wanted a truly global series, he should probably come up with a name that wasn’t so America-centric. Fertic decided to stick with the 70.3 term. 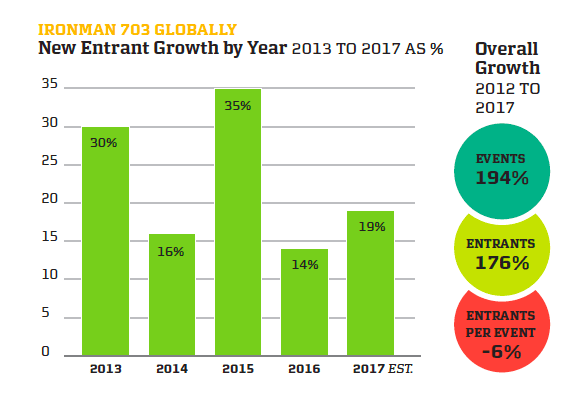 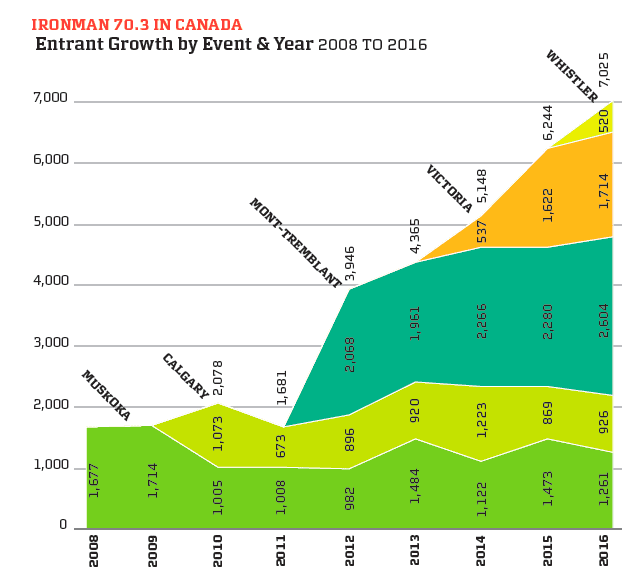 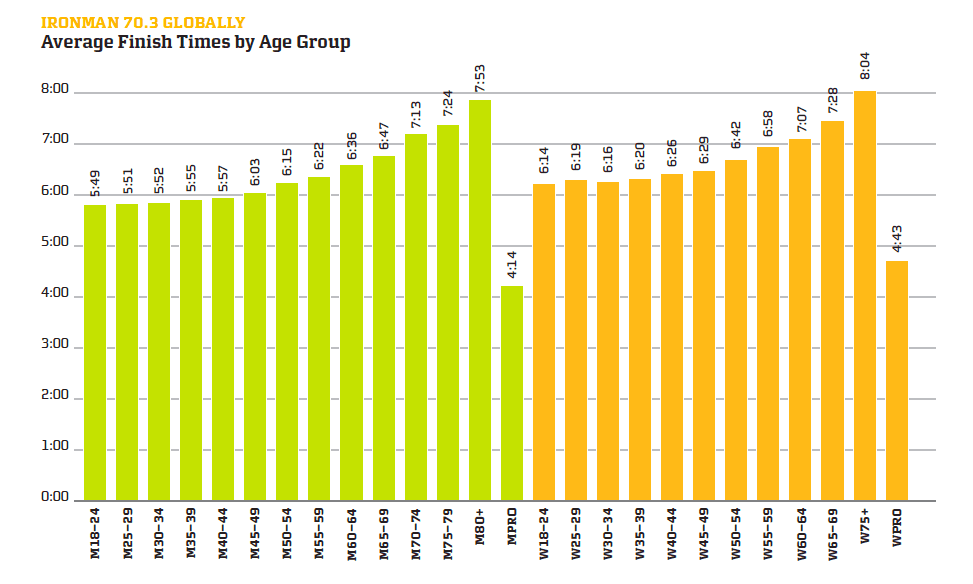 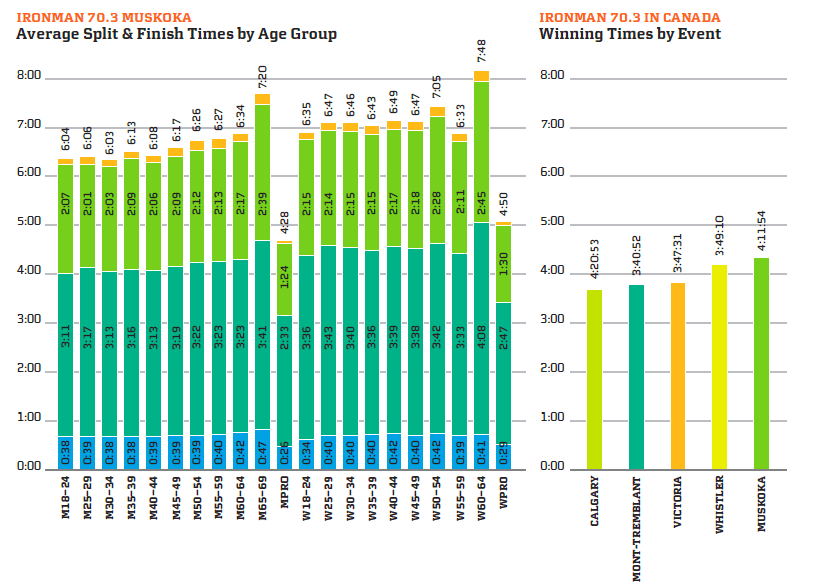 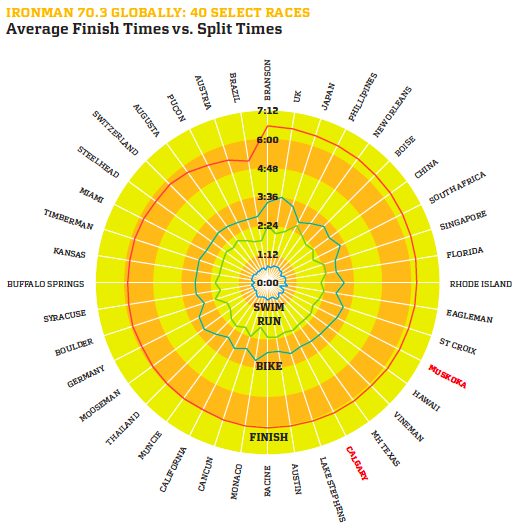 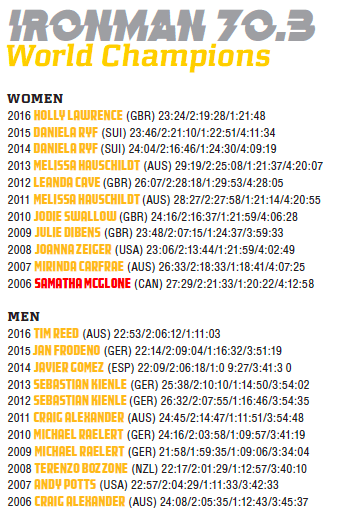 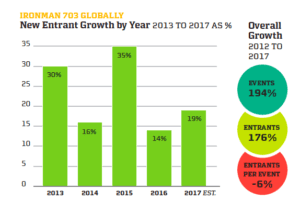 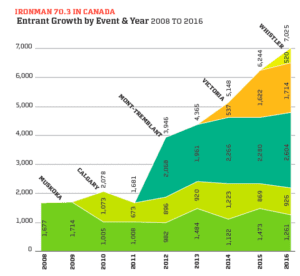 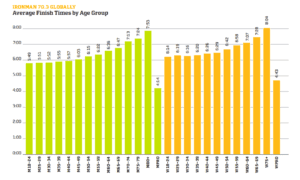 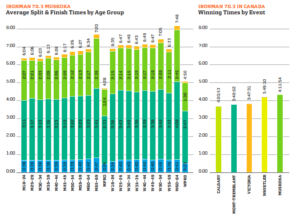 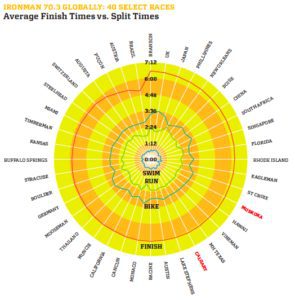 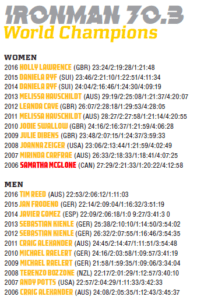 While Welch received lots of ribbing from his Aussie countrymen (as did I here in Canada), Ironman 70.3 has become a mainstay and is among the most prestigious triathlon titles in the triathlon world. Taking on the middle ground between the standard and full-distances, it serves as a stepping stone for athletes of all levels as they work their way towards the holy grail of the sport, an Ironman.

Athletes started qualifying for the new championship event the year before the first championship on the dead-flat course in Clearwater – Ironman UK race directors Chris and Allie Boone were first to jump on the Ironman 70.3 bandwagon, putting on a challenging race in Longleat. Won by England’s Paul Matthews and Germany’s Nina Eggert, the race signalled the international allure of the new series.

A year later there were 16 qualifying events around the world for the first 70.3 world championship in Clearwater. That championship was won by Australian Craig Alexander and Canada’s Samantha McGlone. Each winner embodied an aspect of the distance that was reason for its popularity: Alexander was considered the best half-distance racer on the planet, but wasn’t among the sport’s biggest names at the time because he didn’t compete at the Olympics or Ironman. McGlone was an example of the talented Olympians (she raced at the Olympic Games in Athens in 2004) who were looking to move up to longer distance racing.

In 2011 the world championship moved to Henderson, Nev. (just outside of Las Vegas) for a three-year stint before beginning a global rotation that started in Mont-Tremblant, Que. The race moved to Zell am See-Kaprun, Austria, in 2015, Australia’s Sunshine Coast in 2016 and is back in the United States this year – Chattanooga, Tenn. will host the event this September.

Fertic’s vision has exploded since its inception. Last year there were 138,111 athletes who participated in the 85 events around the world. In 2007 there were 22 qualifying races around the world. By 2013 that number had grown to 43. Last year there were 85 Ironman 70.3 races on the calendar. As the number of races has grown, the number of entrants in each event has shrunk – in 2013 the average was just under 1,800 athletes for each Ironman 70.3 race on the global calendar. Last year that number was down to 1,625.

Whether or not the name was perfect, Ben Fertic nailed the concept – Ironman 70.3 racing has become a mainstay in the sport. As a sign of just how popular the world championship has become, this year’s race in Chattanooga will split the men’s and women’s fields, with the ladies going first on the Saturday, followed by the men on Sunday. It promises to be another celebration of the distance and the race.