Rio 2016 Olympic gold medallist Gwen Jorgensen has one triathlon left this year before she tackles her first marathon and then decides on the next steps in her career. In light of her recent success, she has decided to give back to the triathlon community by donating one of her favourite bikes in support of a paratriathlon club in her local Chicago. 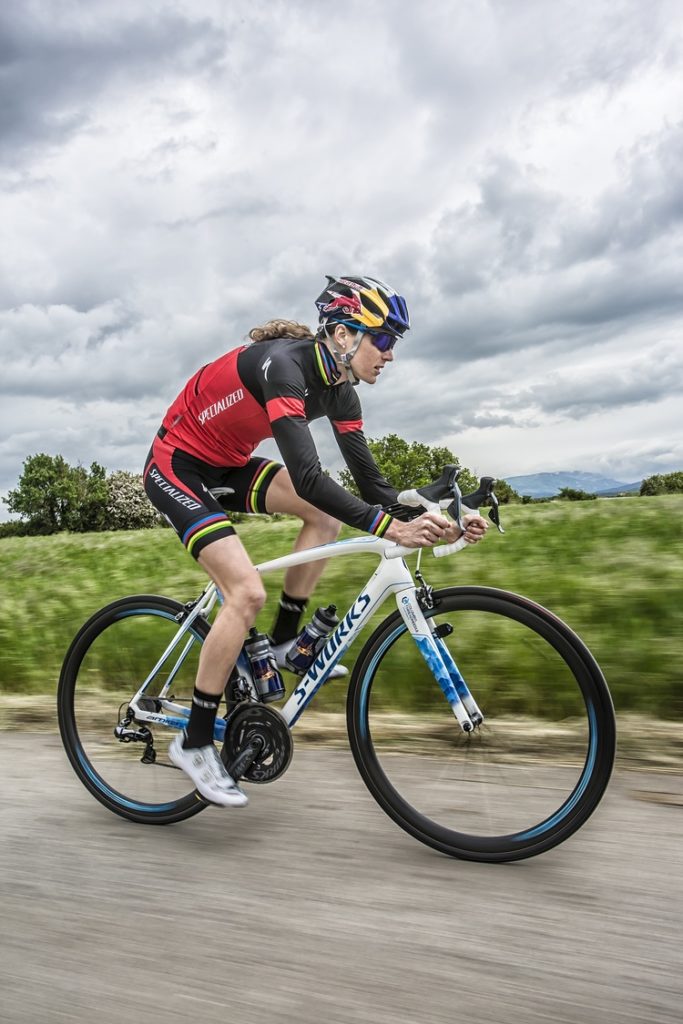 The Specialized-sponsored athlete has announced she’s auctioning off the bike she used to prep for Rio and raced on in previous seasons. The bike is a custom Specialized Amira (pictured above) with HED wheels, painted in the blue and white colours and with the logo of global-asset management group Columbia Threadneedle Investments, who has also sponsored Jorgensen since 2014 and is a partner of the ITU World Triathlon Series.

The Dare2tri paratriathlon club is one of the first of its kind and supports youth and adults with physical disabilities who wish to participate in triathlon. This announcement comes the week of triathlon’s debut at the Paralympic Games in Rio, taking place September 10 – 11th.

“The custom painted Specialized Amira with HED wheels, which I trained and raced on earlier this season, was one of my favorite bikes. “ Jorgensen said in a statement. “I hope it raises a lot of money for Dare2tri when it goes on auction next month.

Online auction bids for Jorgensen’s bike will start being accepted on Sept. 23.