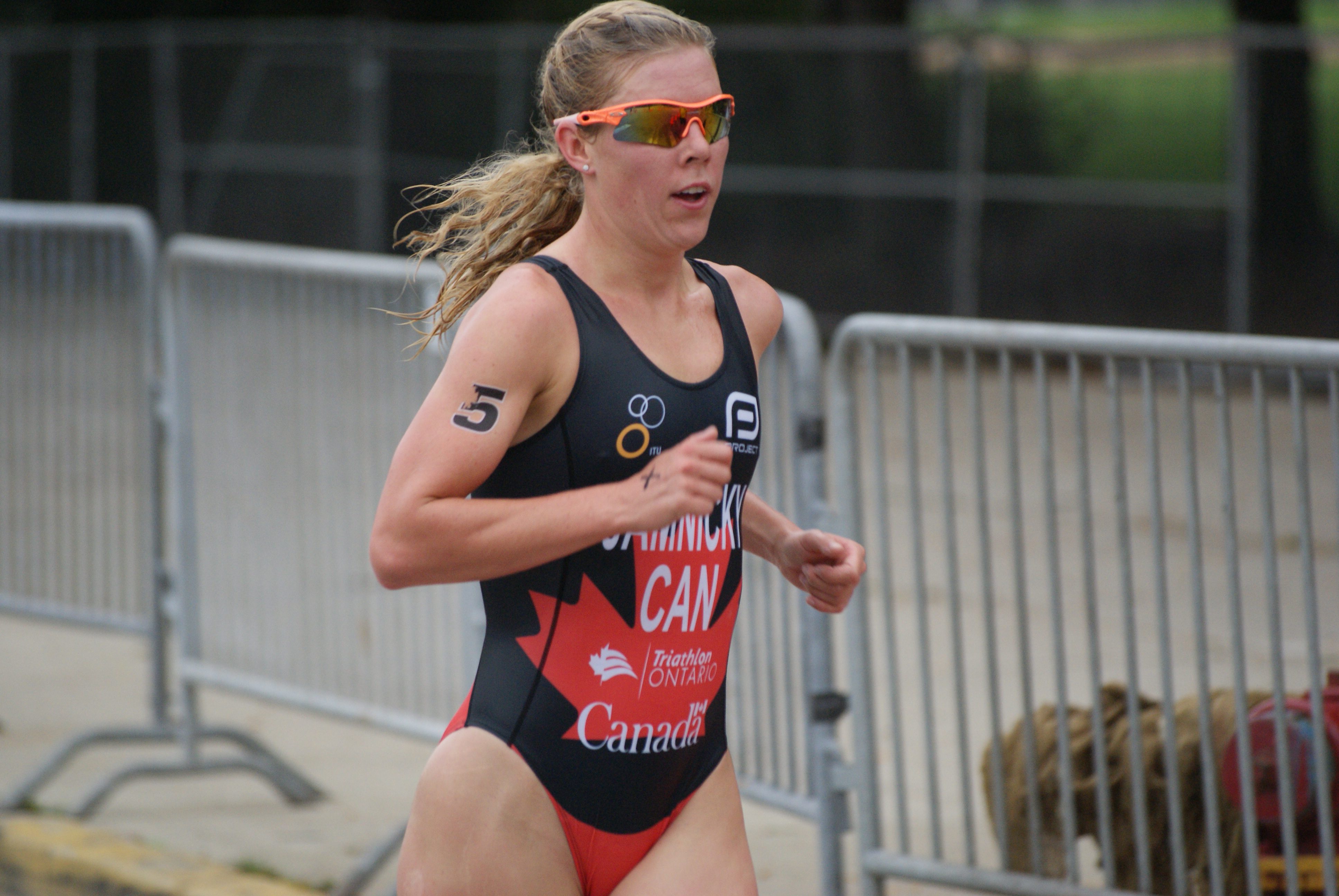 Balancing a university education with swimming, running, and biking is what an ambitious group of triathletes have been doing at the University of Guelph for the past decade. Their coach, Craig Taylor, says it is the best job he’s ever had and he’s looking forward to a brand new phase the group began in April.

In 2007, Triathlon Ontario opened a Provincial Triathlon Centre at the university and brought on Taylor to run the program. Three years later, it evolved into one of Triathlon Canada’s Regional Training Centres until this March, when the agency restructured its programs. That decision has created independence and a new name for Taylor’s group: the Guelph Triathlon Project.

“We invested a lot of work to build this,” explains Taylor. “There is great infrastructure in Guelph and I would like the program to continue to recognize the legacy of everyone who kept it going. There is a critical mass of athletes here, a good crowd who are pursuing elite and development levels.”

Many great athletes have come out of the Guelph community and the Marlins, a local swim club, sent team members to the 2010 and 2016 Olympics. One of the club’s coaches works with the varsity team too. She is one of many university staff who share their expertise with Taylor’s squad.

“When the program landed there, we were nothing but welcome,” Taylor recalls. “The university made the space available and everyone has always been very collaborative.”

The Guelph Triathlon Project helps young adults transition from junior to the U23 category.

“There is a challenge of where to go when triathletes get out of junior level,” says Taylor. “The big stars might choose to train overseas, but it isn’t easy to do. It’s important to have enough expertise and coaching available here in Canada, not just in places with palm trees.”

“As one of the younger members on the squad I find the older athletes have so much knowledge about the sport,” she explains. “It’s difficult to transition from junior to U23, but being on this squad of experienced athletes has really helped my confidence as a triathlete.”

Taylor competed in triathlons for 15 years, including his own student years at the University of Toronto. While he completed a masters in exercise physiology he also started a triathlon program there. He has been coaching full-time since 2005 and spent two years in a coaching internship in British Columbia before returning to Guelph in 2007 to work for Triathlon Ontario.

The Project’s squad is currently at full capacity with students and grads ranging in age from 26 to 28 years old, many from the University of Guelph. Taylor strongly supports the goal of podium wins, but insists that education is the first priority:

“Fitness ebbs and flows, but your grades are forever.” His training emphasizes good habits and consistency with flexibility to balance school and work commitments.

Squad member Dominika Jamnicky moved to Guelph in 2009 to start her undergrad and train with Taylor.

“He has instilled good training habits with purpose,” says Jamnicky. “Health and consistency are pillars that have developed me into the young elite I am today. We have done that together by virtue of learning and mastering a skill set one step at a time in a process driven manner.” She is very proud to be part of the Project. “Our program has a unique bond. Each athlete contributes in a positive way and we have a humble culture of success,” she says.

Taylor would like to expand the Project’s influence to help as many kids as possible fall in love with the sport.

“We should be all-in and give it our best shot to help with their goals,” he says. This might include future collaboration with more coaches, too. “I want to support the tri community. You never know which kid will benefit from the transfer of knowledge and skills.”

Bolger definitely feels she has already benefitted. “I dedicate a lot of the growth I’ve had in such a short time to the training environment that Craig and the athletes have created,” she says. “It is truly an incredible squad and I can’t wait to see what the future holds for us.”