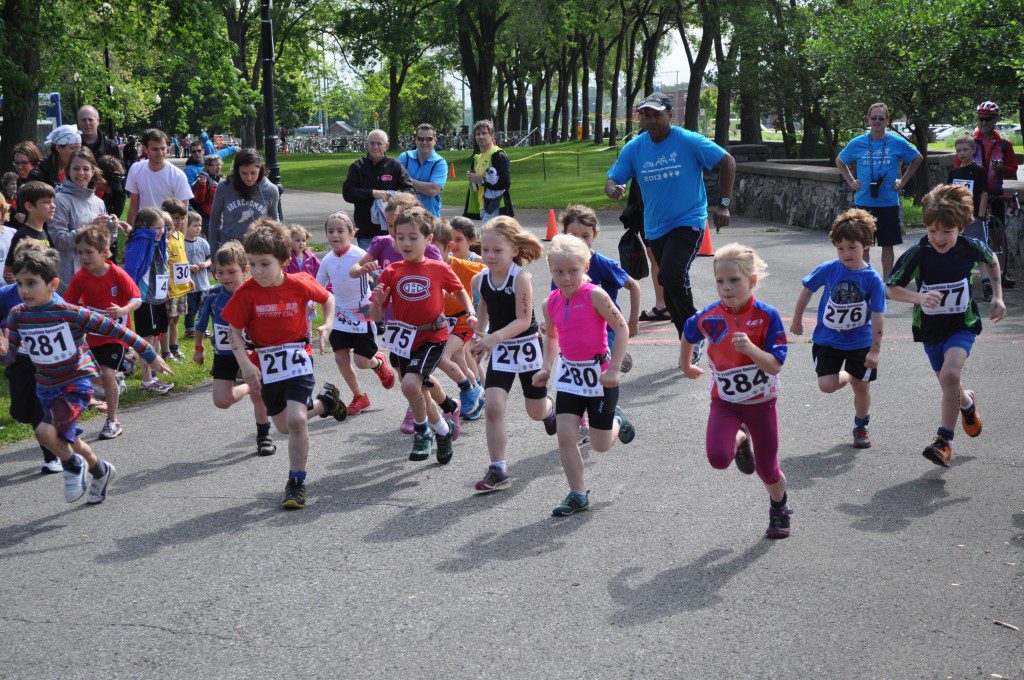 Calling all triathletes: If you are anywhere in the vicinity of Valleyfield, Que., on Sept. 16, I invite you to join me in a one-of-a-kind relay race, le D.fi 12 heures (The 12-Hour Challenge). The idea is to form teams of up to six people. Each person on the team takes a turn completing a mini-sprint triathlon before handing off to a teammate and you see how many triathlons you can complete as a team before the 12-hour cut-off.

It sounds like a fun and kooky way to end the summer season, but more than that, it’s a fundraiser for a great cause: getting kids, regardless of their means or ability, involved in our sport. Every region in Canada has some kind of triathlon program to encourage young people to take up triathlon: Atlantic Canada, Ontario and B.C. have Kids of Steel; Saskatchewan’s YMCA organizes Y Kids Tri. Triathlon Quebec has 400 active members under the age of 18, with sports-études programs in seven public high schools across the province, which permit promising triathletes to incorporate training time into their school schedule throughout the year. However, almost without exception across Canada, the kids on the road bikes who already own wetsuits and the rest of the pricey gear that goes with the sport are the children of triathletes. They have watched their parents race since they were able to sit up in a backpack and have been swimming and riding a bike since they learned to walk. They are active, healthy, enthusiastic kids, but they are, for the most part, privileged children. 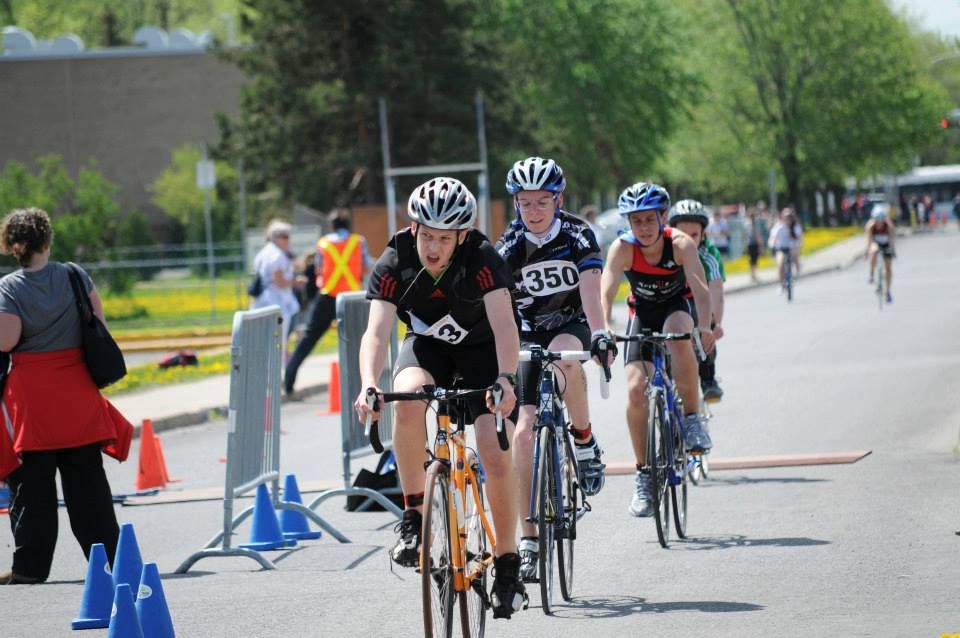 Eight years ago, Triathlon Quebec decided to do something to introduce children from all walks of life to the sport. The federation launched its triathlon scolaire program, drafting a how-to manual for teachers that covers the A-to-Z of organizing a triathlon and offering logistical and material support for every school event, anywhere in the province.

“The idea is to promote a healthy lifestyle,” says Isabelle Creusot, the director of the program for Triathlon Quebec. “Triathlon is a simple, accessible sport that involves three activities that most people can do and that we think most people should be able to do: Children should learn how to swim and how to ride a bike, and they all can run.” Creusot said in the beginning the program appealed to teachers who already had a cross-country running club at the school. Add a biking component and set up a transition zone, and suddenly you have  a cross-duathlon and a lot more fun.

“We are well aware that most children who participate won’t become lifelong triathletes,” Creusot said. “It’s about encouraging healthy habits: active transport, like riding your bike, walking or running to school.… It’s about getting kids engaged in play.”

Word spread quickly, and the program has grown exponentially since 2009. Last year, 16,201 Quebec students participated in 56 school duathlons or triathlons, including nine winter triathlons that involved snowshoeing, skating and either cross-country skiing or an obstacle course.

Two-thirds of the triathlons were in elementary schools and more than half were on the island of Montreal, which includes many schools in underprivileged neighbourhoods, where a great number of students are new Canadians.

“Not everyone has a bike,” said Creusot. So last year, they turned to the Montreal Canadiens Children’s Foundation, which gave the triathlon scolaire program $30,000 to purchase bikes to distribute to schools.

“We loan 15 bikes to a school for two years,” Creusot explains. “The catch is, they have to use them, and they have to organize a triathlon. We have 11 schools now, and we are looking to add more schools next year.”

The federation has found a willing and able partner in OKÉ Triathlon, a Montreal-based specialty store that’s already deeply involved in the sport’s development in Quebec.

“We jumped at this opportunity because it meets with all our core values,” said the company’s founder, François Brisson. “It all starts when you are a kid: when you have good role models and good life habits, you will make good choices that will stay with you forever.”

Brisson and OKÉ Triathlon came up with the idea of the 12-hour challenge. They hope to raise $50,000 to increase the fleet of bikes and allow Triathlon Quebec to offer logistical support to more schools in the coming year.

“If we change the life of one kid, I think it’s mission accomplished,” says Brisson.

Creusot witnessed just that this year, when Triathlon Quebec lent 12 bicycles to a school in a disadvantaged neighbourhood in Montreal’s Verdun borough.

“Thanks to that school bike club, those two girls are now cyclists. One of them said to me she had asked for a bike for Christmas, and she was really hoping she would get one, as she had fallen in love with cycling.

“That one experience really made my season. Those girls gave me a great gift.”

Loreen Pindera is an editor with CBC News and a triathlete from Montreal.