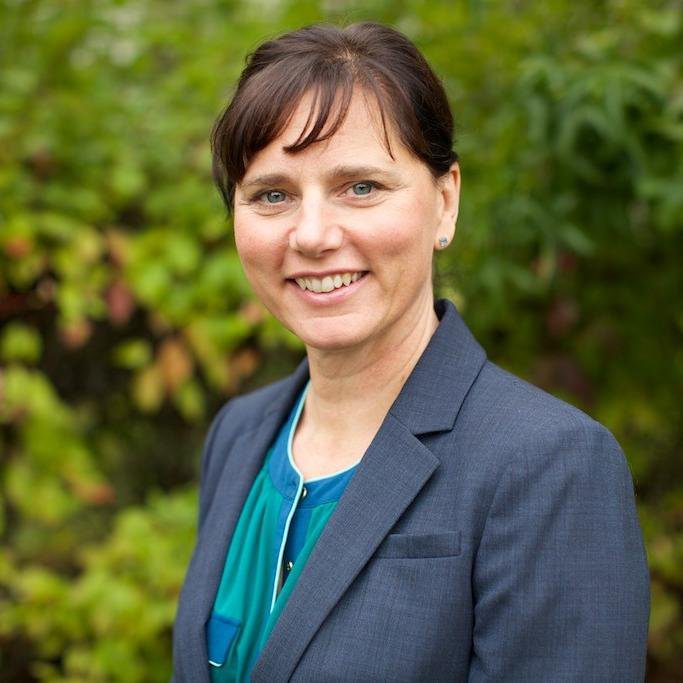 Triathlon Canada recently announced their new CEO, Victoria, B.C.’s Kim Van Bruggen. Coming from a consulting and business background, Van Bruggen has also been highly involved in Canada’s triathlon scene for for than 30 years as both an age-group athlete and fan of the sport. We spoke to her about what she hopes to accomplish in her new role at the forefront of triathlon in Canada and asked her about her thoughts on the state of sport in our country currently.

Can you tell us about your professional background and involvement in the sport?

I started racing triathlons more than 30 years ago. My first triathlon was the Tinman in 1984, a local race in Victoria. I’ve grown with the sport, in that I’ve watched it and seen it develop from the grassroots level up to Simon (Whitfield)’s success at the Sydney 2020 Olympics and then where we are today. I still regularly compete and my passion and love for the sport is strong.

I have a background in business and consulting which helps me in this role because I know what works and what doesn’t when it comes to organizational structures. I have 17 years of experience in and around major corporations including the government, non-profit and for-profit groups. I have been involved internally, assisting with getting them up and running and also being called in when things aren’t going so well organizationally.

Given my involvement in triathlon as an athlete, this role is a great opportunity for me to marry my passion for the sport with my career as a consulting professional.

What are your thoughts on the current state of high performance triathlon in Canada?

I think we are in a period of transition for the first time. Triathlon Canada is a young national sport organization. For a while we were able to ride on the success of Simon at the Olympics, but it’s time to launch a new era and rebuild ourselves.

My goal is to get us back where we need to be. Big things need to happen to build back up, and I strongly believe that you can’t expect excellence (in the national program) if you don’t display it organizationally. I want to make sure that from a foundational standpoint, we have all the pieces and tools in place moving forward. This means that our High Performance Director and coaches will all be on the same page so we can move forward on stable footing. To execute this, it’s the simple things like developing a strategic plan, a road map for the organization and looking at the next four to five years specifically.

Ultimately, we need to pull together as an organization and have everyone understanding the bigger picture. We have really great staff here at Triathlon Canada to make that happen.

How do you plan to work with Triathlon Canada’s new high performance director, Eugene Liang, to strengthen the national program and support our Olympic-bound triathletes ahead of the next Olympic cycles? How will this change from the Rio experience?

Reflecting on Rio, as a strong cheerleader for our athletes I recognize the importance of getting those foundational pieces in place so we don’t find ourselves in a grey area — an area of ambiguity — going forward when it comes to Olympic qualification criteria.

It’s our goal to get on the podium at any level. I think we need to look towards the 2024 Games for those results on the Olympic level.

It’s our job and the high performance director’s job to develop the next generation of athletes and get them on the right path towards achieving excellence. I’m going to do what I can on the organizational side to make that happen, and I know Eugene will do that on his side.

Next year Canada will host two WTS races in Edmonton and Montreal and the inaugural ITU Multisport World Championships in Penticton. What does next year mean for triathlon in Canada in years to come?

These are all meaningful races not only in the world of triathlon but for Canada, as they bring a huge opportunity for our country. The fact that we have back-to-back races in Edmonton and Montreal is huge because it’s the first time that’s happened for a country.

The ITU Multisport World Championships is a major event and will host upwards of 6,000 athletes. I was in Penticton for nationals this sumer and I am looking forward to being back there next year to cheer on all our Canadian teammates.

On the national team side of things, the events scheduled in 2017 show recognition of who we are as a sporting community and that Canadians really embrace the sport as age-groupers.

These events signify that we are on the edge of a new era of triathlon in Canada. Everything is pointing towards a new beginning.

Any final comments about your new role?

When I look at this position with Tri Can, I really feel like it is such an important role for our sport. I care so deeply about triathlon and our athletes and I feel I have that energy and drive necessary to help build our culture and instill that level of excellence we as a whole strive for.

I am excited to marry my passion for triathlon with my professional background and be able to take Triathlon Canada to where it needs to be. We have an incredible team of people here and with Eugene recently added as well as myself, we have fresh eyes and a fresh outlook going forward. I’m excited about where we can go from here.