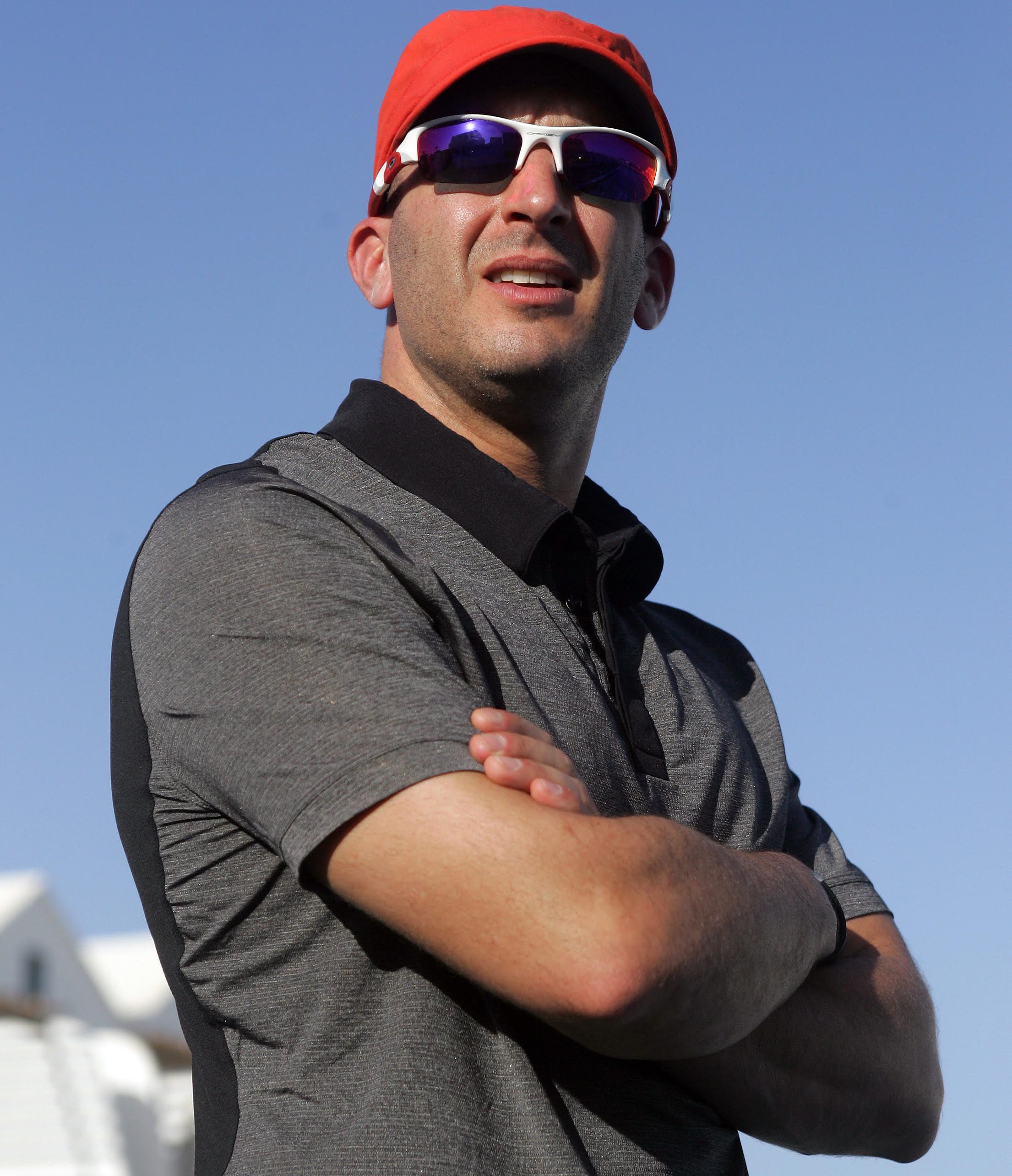 When Lionel Sanders announced that late last year that he would be getting a coach in 2017, triathlon fans wondered who the successful self-coached pro would enlist for help. Based in Windsor, Ont., Sanders mostly trains alone so going the route of a remote coach seemed like a logical choice. He has now been working with UK-born David Tilbury-Davis for most of 2017 and has continued to produce fantastic results, including some of his fastest swim times to date.

Besides Sanders, Tilbury-Davis consults for and coaches a small roster of pro triathletes including other successful Canadians — namely, Cody Beals and Sue Huse.

We got to know the Seattle-based coach who has a deep history with triathlon in the UK and is beginning to create a big name for himself in North America.

Tilbury-Davis has been coaching since 1995 after years of participation in team sports at various levels. After suffering from a serious knee injury from football during university, he knew he wanted to stay involved in sports but wanted to find one “that went in a straight line” so it would be easier on his body. He found triathlon and his interest in the sport led him to pursuing post-graduate research in gait analysis, which has lent itself to his scientific approach to triathlon coaching ever since.

After taking a career sidestep in financial services, Tilbury-Davis moved to Leeds and was involved with coaching in the Leeds Bradford Triathlon Club — the same club that would eventually serve as a home base for the Brownlee brothers. While the famous triathlon brothers were just kids at the time and not officially training with the group, Tilbury-Davis was beginning to coach in a group setting and starting some one-on-one coaching which would eventually become the backbone of his business.

He proudly turned his “hobby job” into a full time job in 2008 and coaches athletes all around the world including in Europe and South America.

Remote coaching is the norm in triathlon, as face-to-face time isn’t always possible. Internet and phone plus applications like TrainingPeaks are the easiest ways for busy, full-time working age-groupers to communicate with the coach of their choice.

While Tilbury-Davis acknowledges that remote coaching “isn’t always ideal” it has worked for him and his professional and age-group athletes. He does also get occasional face time with some athletes. When he was previously based in The Woodlands, Texas, he would host Beals for some training sessions.

Tilbury-Davis limits himself to 16 coached athletes per year.

“I don’t see how practically one can do the job at a level of detail with much more than that,” he says.

Within that he uses two styles. One is a mentoring or consulting type of scenario and the other is “full-blown coaching.” The difference between the two is that the former does not include writing training sessions.

“I help [athletes] make decisions, with execution of races and with how to plan training out. I give them the colouring book but they have to colour it in,” he explains. “Occasionally I’ll have to rein them back and say ‘that’s not a good idea.'”

Sanders is a mentored and consulted athlete.

Tilbury-Davis takes a scientific approach to the sport. He loves to look at the numbers and make decisions based on them, with all training prescribed specifically to the individual.

“I don’t coach in a way that is based on instinct,” he explains. “I look at what counts as genuine knowledge and the correct principles of reasoning and apply it to the physiology, biomechanics, etc. I refuse to accept that we have all the answers and should not bother considering other aspects. There’s always more to learn.”

One way Tilbury-Davis applies this to an athlete’s training is through periodization. Like any good coach, he plans training by taking into account all the factors of an athlete’s life — time availability, logistics, race plans, life stress. He emphasizes that “there are no absolutes, magic plans or secret sessions. Just hard work and specificity.”

With the motto “success rooted in knowledge”, Tilbury-Davis’s coaching business is continuing to go strong and his name is becoming more prominent on the North American scene thanks to the notable results he has helped athletes like Sanders achieve.