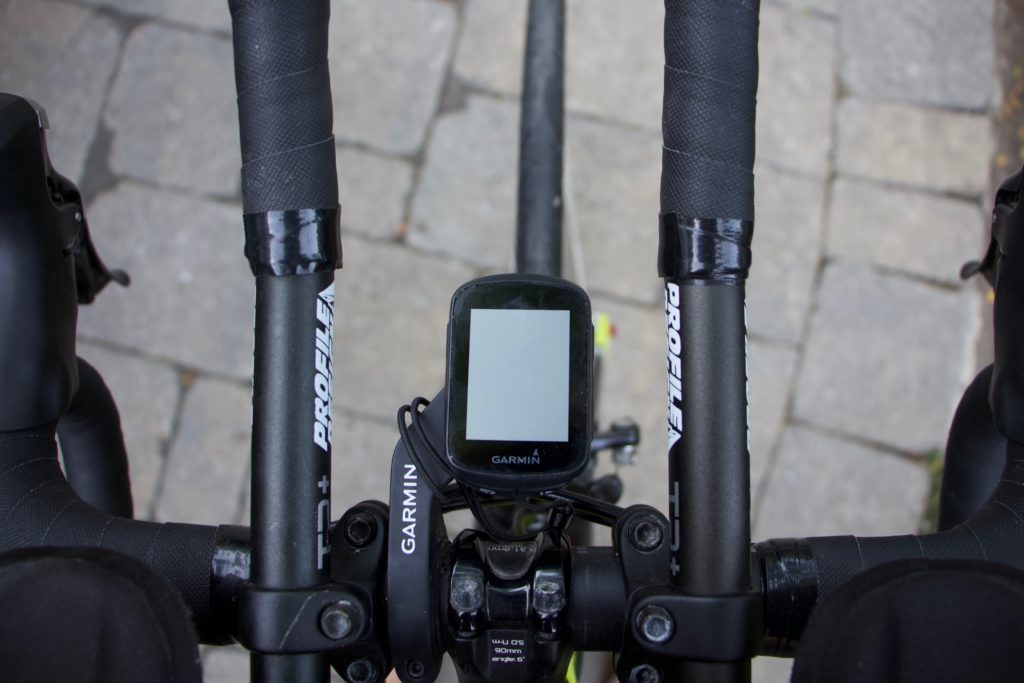 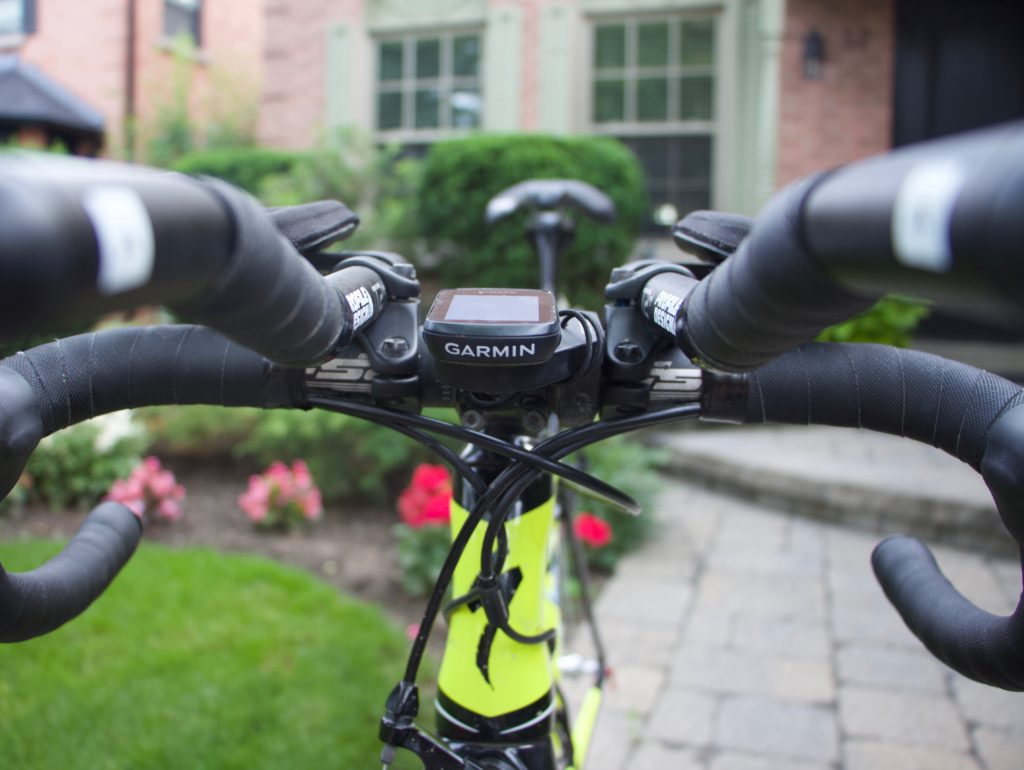 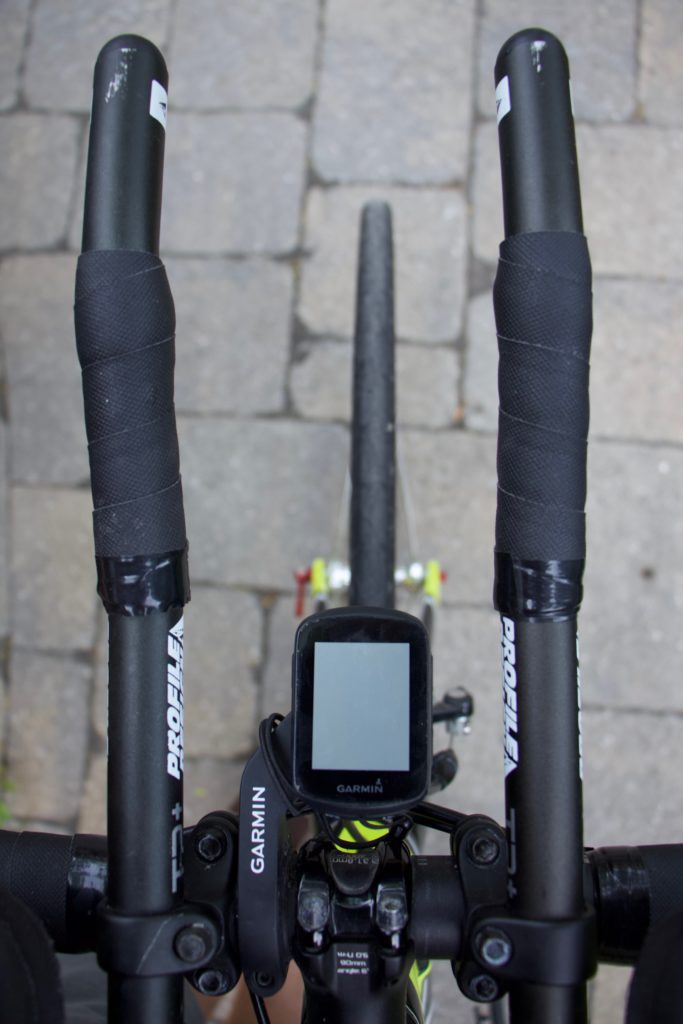 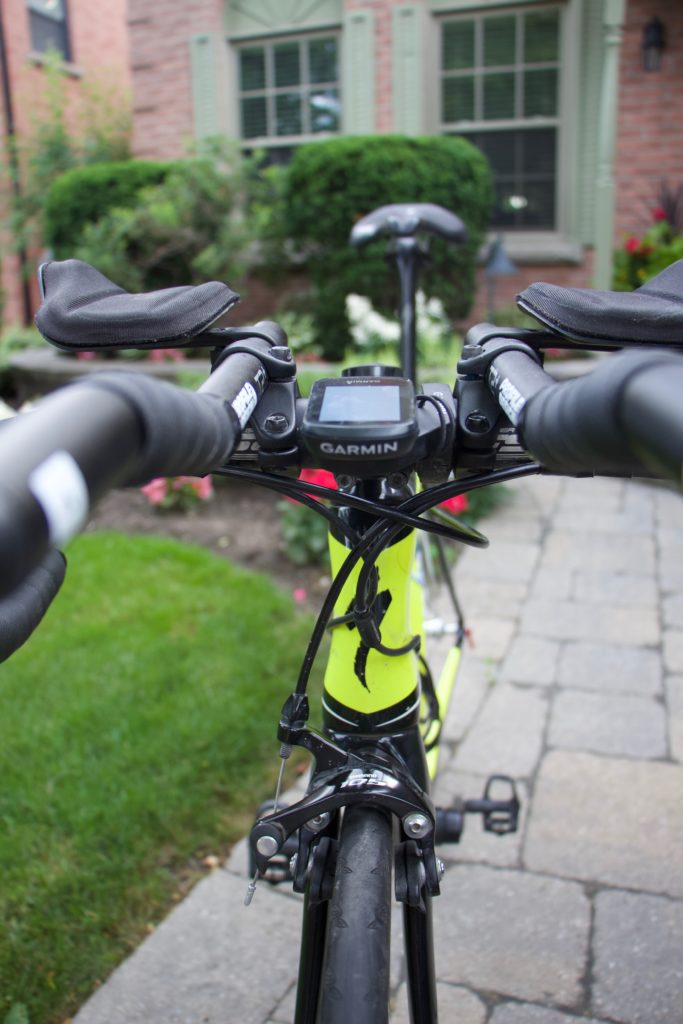 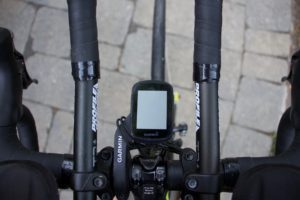 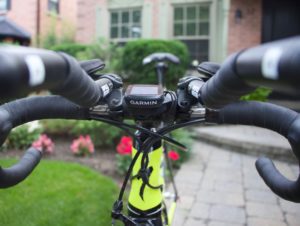 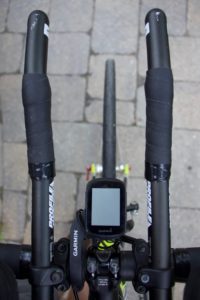 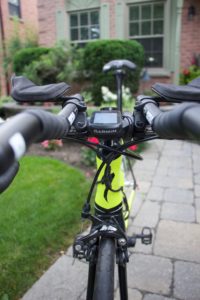 Small and packed with the ride essentials, the Garmin Edge 130 is a bike computer that feels as if it were made for a triathlete.

The Edge 130 is geared to those who don’t need all the in-depth attributes of the more elaborate Edge models, such as the 1030 or 820, while still offering high-quality features expected from Garmin.

Featuring a 1.8″ screen and a five-button interface, the computer is designed to be easy to use on road, trails or city streets. Connectivity includes receiving messages from your smartphone and even weather updates.

Despite its size, it still possesses all the metrics you like to see during your rides. The Edge 130 tracks distance, elevation change and speed as you pedal. Compatible with Bluetooth and ANT+ sensors in devices such as heart-rate monitors and power meters, the Edge 130 allows you to display an array of data. Its screen provides a maximum of eight fields to be present at one time. However, having eight-fields up can be hard to read, especially if you can only have time for a quick glance at the head unit.

What makes the Garmin Edge 130 ideal for triathletes is its size. With our aero bars in non-draft legal races, they make mounting a computer difficult. But with the small size of this computer, mounting is a breeze.

I was also impressed with the battery life of Garmin’s computers. Before going out on my bike recon of the new course at Ironman 70.3 Muskoka, I thought I charged the Garmin Edge 130; turned out, I didn’t. Just 30km into the bike, I got the low-battery warning. I thought, “This isn’t going to make it.” But lo and behold it did, lasting the remaining 60km.

Garmin, a brand built on having a reliable navigation and GPS system, put this same reliability in the Edge 130. With Garmin Connect, you can upload routes to the device and receive turn prompts when riding. I was quite impressed with the GPS. With the Edge 130, I found it had a smooth recording of the speed. Whether out doing a ride in the countryside or commuting in the city, the Edge 130 offers impressive speed recording. It is a small detail, but something we all notice and appreciate.

Another feature in the Garmin Edge 130 is LiveTrack. With LiveTrack you can share a link, giving family and friends live access to your training ride or race.