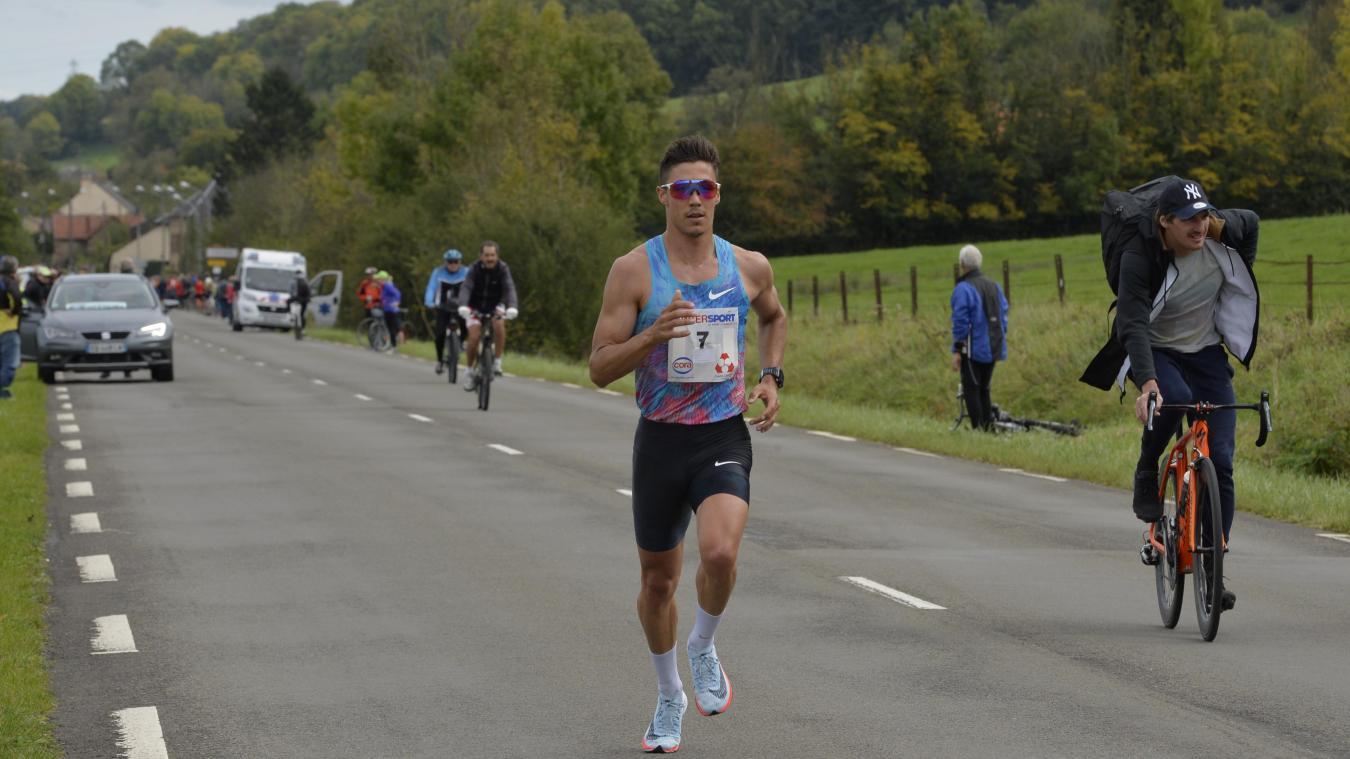 France’s Vincent Luis is one of the best male ITU athletes in triathlon. He recently won the ITU Grand Final in Rotterdam, and was a serious contender for the podium in Rio last summer (ultimately placing seventh).

Last year, Luis shared that he was going to try to qualify for an unprecedented triathlon and 5,000m track double at the 2020 Olympics in Tokyo. If successful, it would be the first time an athlete competed in both events at the Olympic Games.

It has taken lots of running-specific work and focus, but it looks like Luis is crushing triathlon’s third discipline right now.

Over the weekend, he posted a video to Instagram from a race he competed in, in his native France. The Sedan-Charlevoix road race is a famous city-to-city race in France that covers a unique 24.3-km distance. This year, the race hosted upwards of 3,600 runners.

The video depicts Luis hanging on with a pack of incredibly strong East African runners in the final kilometres of the race:

Luis’s effort earned him a respectable ninth place in the race. He held a blistering fast pace of 3:08 min/km for a total time of 1:14 in the race.

“One hour 14 minutes for 23.6 km,” he says in his post. “A ninth-place finish that satisfied me for my first Sedan-Charlevoix. They don’t lie, it’s a very hard course!”

The ITU World Triathlon Series is over for 2017, but now that he is back to full health after some early season injuries at the start of this year, Luis is expected to be a regular fixture on the circuit in 2018.